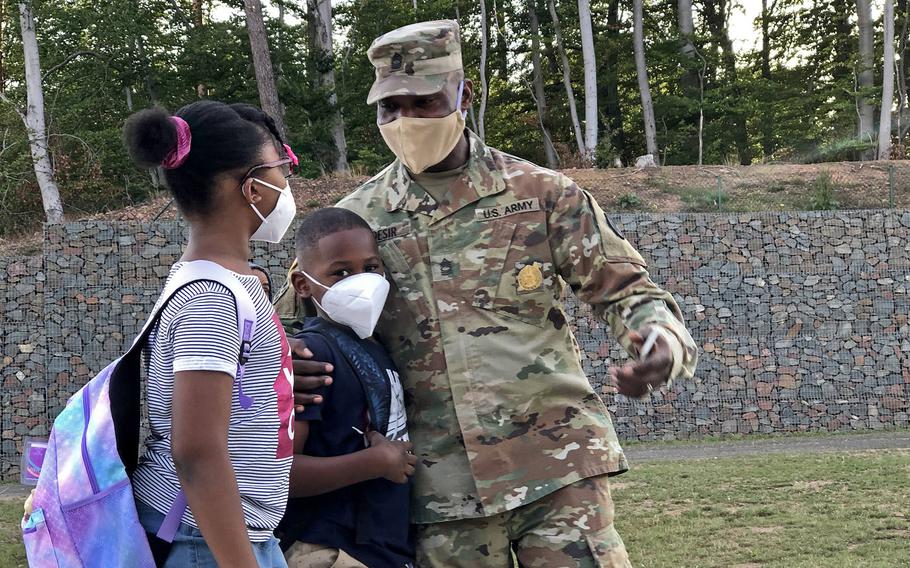 QUAREGNON, Belgium - Nearly two years after the pandemic forced school closures around the world, countries are once again grappling with whether to reopen classrooms, as holiday breaks draw to a close amid a surge in the omicron variant. But this time, officials have more information about the costs of closing schools and pivoting to virtual learning - if even for just a few weeks.

The experience in Europe is especially relevant because schools here were shut for far shorter periods than those in the United States. Evidence is emerging that European students, even though they attended school in-person through most of the pandemic, experienced significant academic setbacks.

Test scores dropped. Attendance waned. And teachers worried that their students were unprepared for the next school year.

“There will be long-term effects for the children,” said Delphine Chabbert, a lawmaker who sits on the education committee of the Brussels regional parliament.

Researchers say governments and school administrators should weigh those effects as they consider what to do now.

Many schools in Europe started their December breaks early, as officials watched coronavirus case numbers rise, especially among young people. As they look ahead to the new year, officials are worried not only about in-school transmission of a highly infectious variant but about having enough teachers who are healthy.

The Netherlands, currently under a strict lockdown, has warned that schools may not open in-person as planned on Jan. 10. The British education secretary, anticipating large staff shortages in January, put out a call for former teachers to return to the classroom, while the health secretary refused to rule out closing schools.

Countries in Europe have tended to take a last-resort approach to school closures throughout the pandemic. Whereas U.S. states lifted lockdown restrictions months before letting students back into classrooms, most European countries did the reverse - resuming in-person schooling for many students as early as April and May 2020, while relying on restrictions in other aspects of public life to keep the virus in check.

While significant learning loss and social-emotional setbacks could be expected in the United States, where some students were home for more than a year, what is emerging in Europe is in some ways more surprising. Early studies suggest that even relatively short classroom closures were detrimental.

It’s still too early to assess the full extent of learning loss over the past two years. In Europe, as in the United States, many countries canceled their standardized tests during the pandemic.

One country where testing continued, though, was the Netherlands. When the pandemic first hit, Dutch students participated in virtual learning for eight weeks before their school buildings reopened. Per Engzell, a researcher at Oxford University’s Leverhulme Centre for Demographic Science, says those weeks were a waste in terms of academic learning.

“What we learned from our study is that children learned basically nothing at home,” Engzell said. “And it’s clear that this learning loss has not been completely recovered, even now, one and a half years later.”

He found in his April 2021 study that elementary students performed on average 20% worse on tests than the equivalent cohorts had for the three years before the pandemic. Among students from less-advantaged families, learning losses tended to be even greater - up to 60% larger than for the general population. The Netherlands has spent billions on tutoring, counseling and summer programming for children, but that extra support has not yet caught them up.

Researchers in Denmark report more of a mixed picture. Danish elementary school students had only a month of virtual learning before the country became the first in Europe to reopen classrooms in April 2020. Over the course of various lockdowns, they have been out about eight weeks. Jesper Fels Birkelund, a sociologist at the University of Copenhagen, found that those elementary students didn’t experience any setbacks in reading, with many making significant gains.

But older students in Denmark had 22 weeks of virtual learning, and middle school students did experience some losses in reading, according to Birkelund’s November 2021 study, which compared scores on a computerized test administered to Danish students every spring.

Birkelund said the research doesn’t support the assumption that older students can be relied on to use computers independently and keep up with their studies from home, even in a country with excellent Internet infrastructure and access.

If countries partially close schools next month, he said, leaders should look at available data to determine which students should return to school and not just make a decision based on the child’s grade level.

“We shouldn’t only focus on the young students,” Birkelund said. “This idea that we should send the younger students back should not be the focus anymore. We should think about what students really need to be back in school and not only think about this in age groups.”

There’s no equivalent standardized test data in Belgium, but researcher Natacha Duroisin has been surveying hundreds of teachers in the French-speaking portions of the country to determine the academic impact of the pandemic. Sixty percent of middle and high school teachers reported that only half their students logged on for class on a typical day of virtual learning during the spring 2020 lockdown. Teachers reported that a significant portion of their students were unprepared for their coursework.

In Belgium, it took 2½ months for elementary schools to fully reopen after they shut down in March 2020. Older students did hybrid learning - rotating between in-person and virtual every other week or, alternatively, for half of each day - for the entire 2020-21 academic year.

Duroisin, an associate professor at the University of Mons, studied the different hybrid models and determined that teachers reported better academic results when students were in classrooms every day, even if just for the morning or afternoon.

“The other option, of attending school for a week and being at home the other week, was catastrophic,” she said.

The hybrid model in Belgium was intended to keep teenagers engaged in school, even if they weren’t in classrooms full time, said Chabbert, the Brussels lawmaker. Initial reports don’t indicate any increase in dropouts, but it’s unclear what the results will be for the current academic year - when struggling teenagers are stuck taking remedial courses in addition to their standard academic loads.

“Hybrid was the least-bad solution,” Chabbert said. “The priority was to keep the link between pupils and schools, and it was the only the solution we had. It was the least worst.”

Kalvin Legrand, who attends a high school in Quaregnon, a working-class town an hour outside Brussels, was among those at risk of dropping out. He was struggling before the pandemic - he had already been held back two grades. And Legrand said he had a tough time with both virtual and hybrid learning.

“It was hard to follow the classes,” he said. “I did not have any motivation, and it did not go back when we are back at the school.”

He said his complicated schedule last academic year - mornings at home doing virtual learning and afternoons in the classroom - was difficult to manage. He and his classmates, he said, had a hard time getting to their classes on time.

He ultimately failed three courses, but he stuck with school, and is now taking an extra math class each Wednesday to graduate in the spring.

Denis Betriaux, Legrand’s teacher, said more than a dozen of his 80 students are in remedial classes for math and French this academic year, making up for courses they failed during hybrid learning.

“They are not very optimistic, and I don’t have the impression they have a lot of hope things will get better,” Betriaux said. “It is very sad for them.”

Legrand, 20, said that before the pandemic, he dreamed of becoming a physical education teacher, but now higher education feels unrealistic.

“I wonder maybe I should do a more accessible job, like joining the army,” he said.

He also desperately hopes there’s no return to remote or hybrid learning.

“I lost a year,” he said. “If the teachers aren’t in the classroom with me, it will be another failure for me.”