Another 2,400 US flights canceled amid virus, bad weather 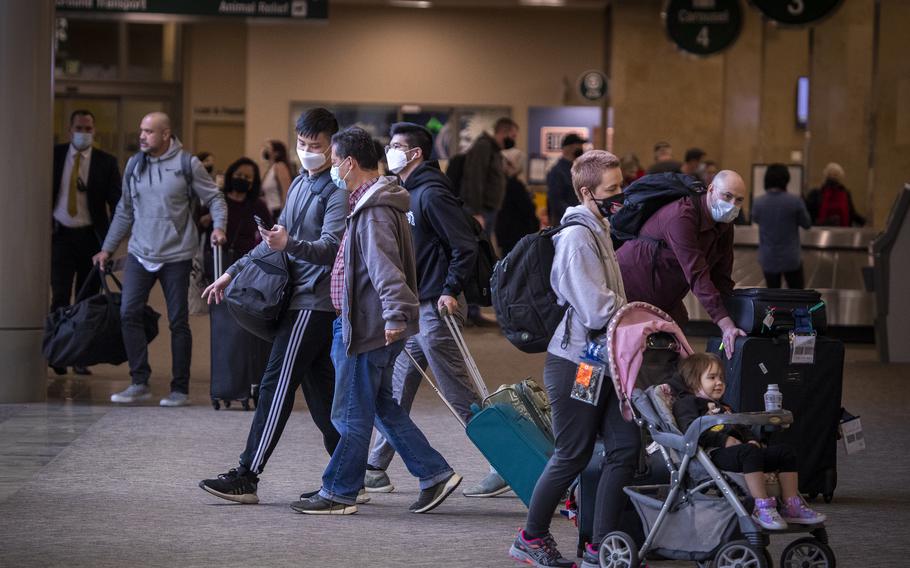 (Tribune News Service) — Almost 2,400 flights into and out of the U.S. were canceled Saturday, and more than 1,100 were delayed, according to the tracking firm FlightAware.com, amid bad weather and staff shortages caused by the rapid spread of the omicron variant.

Among the bigger national carriers, Delta Air Lines Inc. cut 9% of its flights while American Airlines Group Inc. and United Airlines Holdings Inc. each scrubbed 7%, according to the site.

Some 1,627 flights into or out of the U.S. have already been canceled for Sunday, FlightAware said. A heavy snow storm across large parts of the country is expected to cause major travel disruptions, according to the National Weather Service.

With the U.S. hitting record infections, the holiday travel season has been snarled by about 12,000 canceled flights since Christmas Eve, according to the Associated Press.

Some of the biggest trouble spots for travelers were in the Midwest, where where 58% of flights scheduled to leave from Chicago Midway and 45% from Chicago O'Hare were scratched, according to FlightAware. Airports in Denver, Kansas City and Detroit also saw a high number of cancellations and delays.

The Transportation Security Administration, which has been grappling with unruly passengers, urged people to "be patient." Security screened more than 1.6 million people yesterday at checkpoints around the country.