NYC nurses brace for staffing shortage with omicron surging: ‘It can be really bad for many patients’ 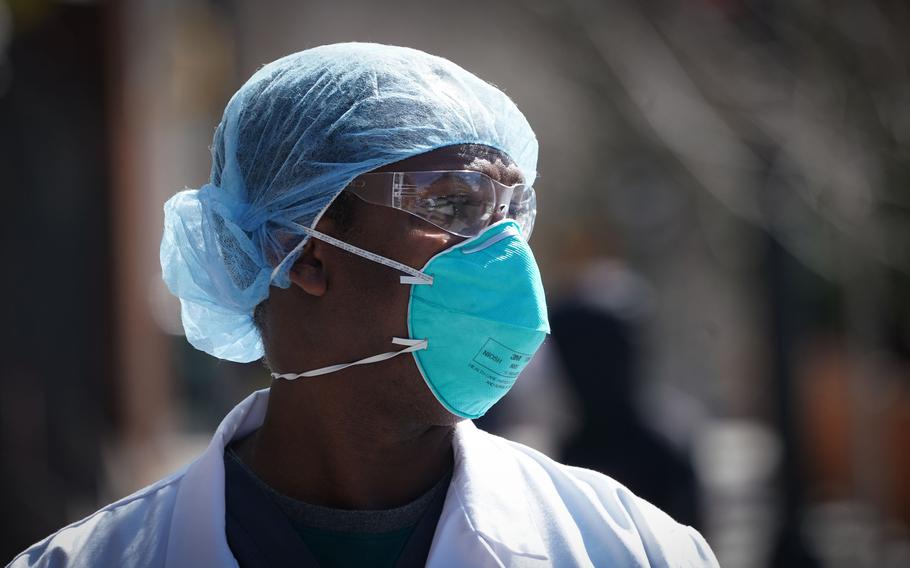 (Tribune News Service) — As the number of people infected with the COVID-19 omicron variant continues to spike in New York City, hospitals are now locked in a dire struggle to maintain already anemic staffing levels — levels that were much higher before the disease first hit in March 2020.

Nurses claim there’s just one place hospitals should look when assigning blame for this predicament: themselves.

The number of nurses working as permanent employees at eight privately run city hospitals is now below what it was in February 2020, data from the New York State Nurses Association shows.

Considering the threat of the new variant, the numbers seem stark.

At Mount Sinai’s Morningside and West hospitals in Manhattan, the total staffing of nurses has dropped from 4,654 in February 2020 to 4,483 this month, the nurses union data shows.

At Montefiore Hospital in the Bronx, the number of nurses dropped from 3,070 to 2,900 during that time. And at New York-Presbyterian Hospital Columbia in Washington Heights, the number went from 3,718 to 3,348.

Benny Mathew, a registered nurse in the emergency department at Montefiore’s Moses Campus, said it all adds up to bad news for patients in the Bronx, who have some of the most acute needs in the city.

“If we are getting sick — if the nurses and the doctors and the techs are showing symptoms and we have to stay at home — then there’s not enough staff,” he explained. “And then we have the chronically ill patients coming in during their acute phase, and we don’t have enough staff to take care of them — that can be really bad for many patients.”

With the emergency unit at Montefiore already bursting at the seams and the brunt of omicron not expected until mid-January, Mathew said he expects the situation to get worse before it improves.

Jessica Montanaro, a critical care nurse in Mount Sinai Morningside’s ICU, said her unit, as well as the emergency department, have shown clear signs of fraying for more than a year now. And it’s only getting worse.

“We have several nurses out,” she said. “After the first wave, the hospital administration put in a hiring freeze. We’ve been in a vicious cycle since then.”

The situation in the emergency department at Morningside is even more dire, she said, adding that it constantly begs the question: “How are we going to do this?”

Medical workers at private hospitals aren’t the only ones worried about staffing. Dr. Mitchell Katz, head of the city’s public Health + Hospitals network, said at a recent City Hall news briefing that his hospitals are almost certain to face staffing shortages if doctors and nurses start getting sick with COVID-19 and are forced into isolation.

“What I’m worried about is a large number of my own staff exposed to omicron, and therefore on 10-day isolations,” he said. “That’s already been happening, and to the extent that I lose these people — and we have to lose them in order for everybody’s protection — that’s the staffing problem.”

In an attempt to nip hospital staff shortages in the bud, Gov. Kathy Hochul on Friday announced that nurses, doctors and other frontline workers only need to isolate for five days after a confirmed COVID-19 infection — down from the previous 10-day requirement — as long as they’re fully vaccinated and asymptomatic.

Based on nurses union data, though, Katz probably has less to be concerned about than his peers in the private sector. Staffing levels at city hospitals only dipped slightly overall compared with many private hospitals. The network lost only six nurses between February 2020 and this month — dropping from 8,347 to 8,341.

Regardless of whether they’re in the private or public sector, many health care workers share a pervasive feeling of burnout after nearly two years of a pandemic that has killed more than 800,000 Americans.

“People are tired,” said Dr. Richard Schwarz, the medical director at Long Island Jewish Medical Center. “They’re scared because we’ve seen a lot of our staff get infected, either from their patients or from their kids, from their neighbors, people who are not vaccinated and not masked. ... Many of our health care workers have left the field.”

As omicron continues to spread at a rapid clip, state officials are also increasingly concerned. In the 24-hour period ending Saturday, 36,454 New Yorkers tested positive for COVID — out of 257,325 who were tested, according to Gov. Hochul’s office. That translates into a 14.17% positivity rate statewide.

“Hospital staffing shortages and hospital bed capacities are concerning because in order for patients to be cared for, there must be appropriate facilities,” said Jill Montag, a spokeswoman for the state Health Department. “This includes beds, appropriate technology and appropriate treatment modalities, as well as staff.”

In New York City, decreases in private hospital staffing aren’t relegated to just a handful of hospitals, either.

Between February 2020 and December 2021, staffing of nurses at Maimonides Medical Center in Brooklyn dipped from 1,470 to 1,245; at New York-Presbyterian Hospital Brooklyn Methodist, it went from 1,137 to 937; and at Staten Island University Hospital/Northwell it dropped from 1,172 to 1,067, according to NYSNA’s data.

To make the current state of affairs even more galling to nurses who say their workloads have grown to dangerous levels, the nurses union’s January 2019 contract with three hospital networks — Montefiore, New York Presbyterian and Mount Sinai — requires that each network pony up $33 million for “staffing improvements above currently budgeted levels in existing units.”

Nurses union Executive Director Pat Kane told the Daily News that none of them have lived up to that proviso — which means that, without factoring in the agreed-upon staffing increases, the hospitals aren’t even meeting their baseline staffing requirements.

“These hospitals broke a promise to safely staff their facilities and that puts patients in serious jeopardy. There are approximately 1,500 RN vacancies at these hospital systems,” Kane said. “With the omicron variant surging in New York City, the hospitals’ withholding of resources for RN staffing is unconscionable. Have they really learned nothing from this pandemic?”

Nurses union spokesman Carl Ginsburg noted that it’s not as if the hospitals aren’t flush with cash. According to the union’s review of Mount Sinai’s books, the hospital’s Fifth Ave. branch alone raked in $187 million in net revenue from January to September 2021, and its cash and liquid assets come in at $1.7 billion.

“The other hospitals also made lots of money,” Ginsburg said.

Staffing levels may begin to show an uptick after Jan. 1, though. Under a new measure which former Gov. Andrew Cuomo signed into state law in July, hospital ICUs will be required to assign at least one nurse per two patients to comply with the “minimum standard of 12 hours of registered nurse care per patient per day.”

Management at hospitals in New York City concede staffing is an issue, but do not appear to view it with the same urgency that the union, Katz and state officials do.

A Mount Sinai spokeswoman acknowledged that staffing “challenges” have arisen as the hospital system is experiencing an uptick in COVID patients.

“It’s a fluid situation,” the spokeswoman said. “We are seeing an uptick of COVID-positive patients who are lower acuity that are presenting to the [emergency department]. Less numbers than last year this time, but a surge, nonetheless.”

The spokeswoman wouldn’t say what’s being done to address the challenges, though, or whether the hospital system is hiring more staff to prepare for a continued COVID uptick.

She added that she’s “not familiar” with the union’s staffing data, but added that both union nurses and workers from 1199 SEIU work at Mount Sinai facilities, and that “any fluctuations in numbers for one union in a year is not the reality or the full picture.”

Ginsburg called the statement a smokescreen and said ancillary staff represented by other unions is in decline as well. A spokesman for 1199 did not immediately provide staffing numbers.

“Right now, there are no changes to hospital services. Like other New York hospitals, Montefiore has a surge and flex plan in place, and, should we need to pivot, we can do so quickly,” Markenson said. “In the meanwhile, we ask the public to help with mitigating virus spread by wearing a mask, limiting gatherings and getting vaccinated.”

“We have been experiencing a slow but steady increase in the number of COVID-related hospitalizations across our system,” she said. “However, all of our hospitals continue to operate normally. As we head into winter, we strongly encourage all New Yorkers to get vaccinated and get boosters, if they haven’t already.”