Covax promised 2 billion vaccine doses to help the world's neediest in 2021. It won't deliver even half that. 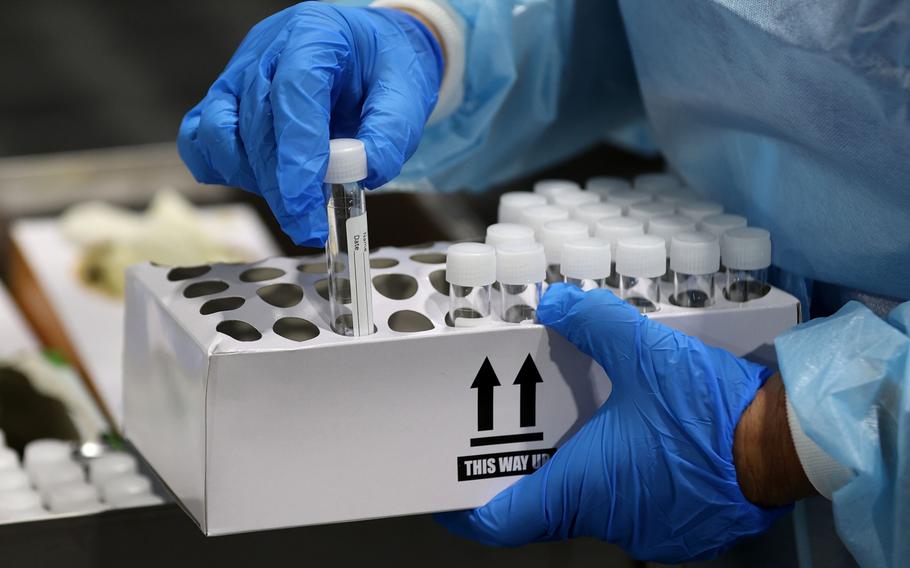 Covax, an expansive vaccine-sharing initiative to get doses to low- and middle-income nations, once pledged to deliver more than 2 billion shots worldwide by the end of the year. But as the days tick down, it is scrambling to deliver well under half that figure.

The U.N.-led initiative is now racing to deliver 800 million doses by the end of the year, according to interviews with senior officials involved in Covax, which includes the World Health Organization and other groups. Even if that benchmark is met, it will be a far cry from the 2.3 billion doses hoped for in January by a program designed to counter a glut of vaccines in wealthy nations.

Covax lowered its estimate of doses delivered in 2021 to between 800 million and 1 billion doses late this year after a range of complications with supply and delivery. Omicron, a variant first detected in southern Africa, has added urgency to the need for vaccines, but also disrupted shipping and could upend Covax's hopes for more regular shipments in 2022.

Though the organization was set up to pool money to purchase its own doses from a variety of manufacturers, many of those orders were delayed in the first part of the year, and the organization increasingly relies upon donations from the United States and other wealthy countries of vaccines including the AstraZeneca-Oxford, Pfizer-BioNTech, Moderna and Johnson &amp; Johnson jabs. The Biden administration pledged in September to donate or facilitate the purchase of 1.1 billion doses to Covax, though many of those doses are not expected to arrive until next year.

Officials with the organizations backing Covax said this week that they cannot predict for certain how many doses will have been delivered by Jan. 1.

"That number is probably going to be over 800 million by the end of the year," said Richard Hatchett, chief executive of the Coalition for Epidemic Preparedness Innovations, or CEPI, one of the key organizations backing Covax along with the vaccine alliance Gavi and the WHO.

WHO vaccine director Kate O'Brien said that they were expecting to meet the 800 million threshold soon, but added that there was some "wiggle room there" and the final date could fall into early 2022.

"The opera isn't over till the fat lady sings, right? So we won't know until we know, but we are working intensively, literally around-the-clock to try, to get as many shipments out as possible," O'Brien said.

Covax officials downplayed the significance of the final 2021 number. But some critics of the organization said it was further proof that Covax had failed to live up to the expectations it set in the early months of the coronavirus pandemic.

"Covax is not on track to meeting its modest targets, let alone vaccinating the world," said Zain Rizvi, a researcher with consumer rights advocacy Public Citizen. "This failure reflects the yawning gap between the rhetoric and reality of global vaccine access."

Even meeting the 800 million doses threshold will be a push, even though deliveries through Covax have been increasing.

Officials say, however, that the rate of deliveries could increase before the end of the month. The monthly rate of deliveries has increased steadily since September, with a Covax record of more than 150 million doses delivered in November, according to UNICEF data.

"In the last few days, I think we've moved like 11 million doses a day on a couple of occasions," Hatchett said.

Covax struggled with supply issues since its founding. The initiative had sought to pool resources to buy a portfolio of doses, ensuring that all countries had access to vaccines for their most vulnerable population. Almost 200 countries signed up to be a part of Covax, with the organization raising billions of dollars in funding.

But while many wealthy nations supported Covax, they also placed advance orders with vaccine manufacturers before Covax could raise enough money to do so. That pushed the initiative to the back of the queue. Later, supplies were further strained when one of the initiative's major suppliers of vaccine doses, the Serum Institute of India, was blocked from exporting after a wave of cases linked to the delta variant hit the country.

Low-income nations have administered just over 60 million doses so far, according to Our World in Data, a fraction of the 326 million booster shots that have been delivered in mostly high-income nations.

Some of Covax's supply issues have since been alleviated, largely due to donated doses from wealthy nations and the resumption of Indian exports in November. But significant challenges remain with transporting and administering the vaccines in some nations, officials say.

The 2 billion figure has hung over Covax since before it was started. In a March 25, 2020, white paper that called for a new "globally fair allocation system for Covid-19 vaccines" - a proposal that would help shape Covax, which formed the following month - Hatchett called for a system to "provide a minimum of 1-2 billion doses of vaccine per year for a minimum of three years."

A supply forecast released in January said that "almost 2.3 billion doses" could be "rolled out worldwide" through Covax in 2021. In a joint statement in May, Covax said that the initiative's original objective to deliver "2 billion doses of vaccines worldwide in 2021″ was "still well within reach."

That soon changed. A supply forecast released on Sept. 8 said that the initiative expected to have 1.425 billion doses in available supply, cumulatively, by the end of the year. It did not specify how many of these doses would have been delivered to recipient countries.

The number of doses expected to be delivered by Covax appeared to decline again in November, when an internal meeting report released on Nov. 22 said that Covax had set a target to "to ship between [800 million] and 1 billion doses in total by year end."

The immediate issue is no longer supply, but logistics. Roughly 1.2 billion vaccine doses had now been released for Covax, O'Brien said, but not all countries were ready for them.

"We're in this hybrid space where we're very much in the shift between supply-constrained to more demand-driven uptake," O'Brien said.

It remains unclear how variants like omicron could impact Covax's ambitions going forward. In an interview in November, before the variant was identified, Seth Berkley, chief executive of Gavi, said that Covax's "supply scarcity" could continue into the first and second fiscal quarter of 2022, but should become regular after then. On Friday, Gavi announced a new agreement with Moderna for an additional 150 million doses to become available next year, while 20 million doses originally scheduled for 2022 were to be made available before the end of the year.

But Berkley and other Covax officials have said they were still waiting for more data about how existing vaccines performed against the omicron variant, which has been shown to elude some of the disease-fighting antibodies produced by vaccines.