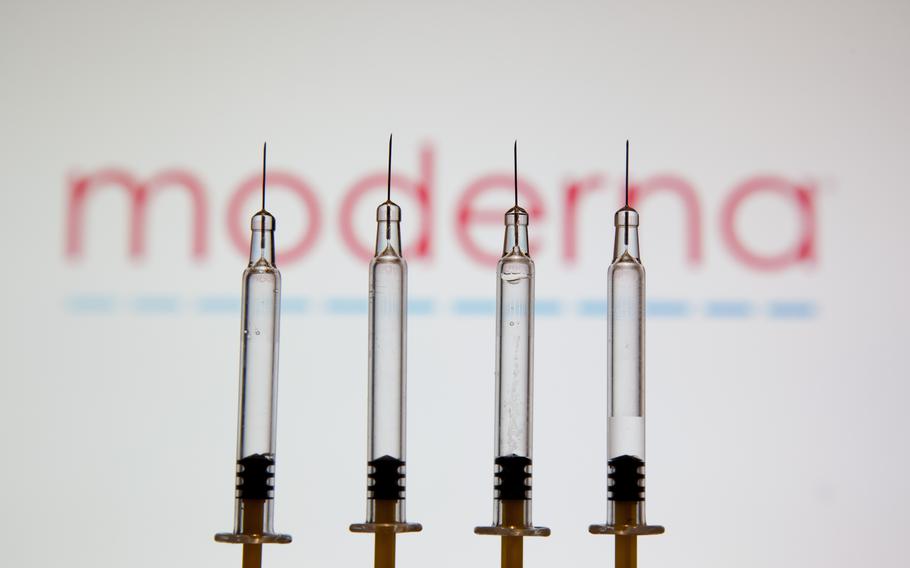 The president of Moderna said Sunday that COVID-19 vaccines might not be as effective against the new variant omicron. (Konstantinos Zilos, SOPA Images, Zuma Press/TNS)

U.S. health officials said Sunday it’s still unclear how transmissible the latest COVID-19 variant is, how well existing vaccines work and whether it will lead to more severe illnesses. Hoge stopped short of comments by Moderna Chief Executive Officer Stephane Bancel that spooked markets last week, saying it’s too early to tell by how much omicron will degrade vaccines.

“I think that there’s a real risk that we’re going to see a decrease in the effectiveness of the vaccines,” Hoge said in an ABC interview. “What I don’t know is how substantial that is.”

An updated formulation probably would be needed if effectiveness is shown to drop significantly, he said.

“Are we going to see something more like a 50% decrease in efficacy, which would really mean we’d probably need to reboot the vaccines and update them?” Hoge said.

Data from South Africa, where omicron was first detected in November, suggest it may not cause more severe illness than the more widely circulating delta variant, Fauci said on CNN’s “State of the Union.” He cautioned that his conclusion was preliminary.

“Thus far, it does not look like there’s a great degree of severity to it,” Fauci said. “We feel certain that there will be some degree, and maybe a considerable degree, of protection against the omicron variant” with existing vaccines, he said.

Rochelle Walensky, director of the U.S. Centers for Disease Control and Prevention, said the agency is “really hopeful” that existing vaccines can protect people infected by omicron against severe disease and hospitalization.

“What we don’t yet know is how transmissible it will be, how well our vaccines will work, whether it will lead to more severe disease,” she said on ABC’s “This Week” on Sunday.

Moderna co-founder Noubar Afeyan said he expects more will be known about omicron in the next seven to 10 days.

“We suspect that we will see protection against more severe hospitalization, death indications,” he told CNN.

In a Bloomberg Television interview last week, Afeyan described the omicron variant as a “serious threat.”

Financial markets were spooked last week when Moderna’s top executives said the omicron variant’s many mutations suggest new vaccines will be needed. Bancel told the Financial Times he thinks “there is no world” in which existing shots will be as effective as against the delta variant.

Hoge “probably would have used different words,” he said Sunday, “but I think the short answer is we don’t have data yet to know for sure.”