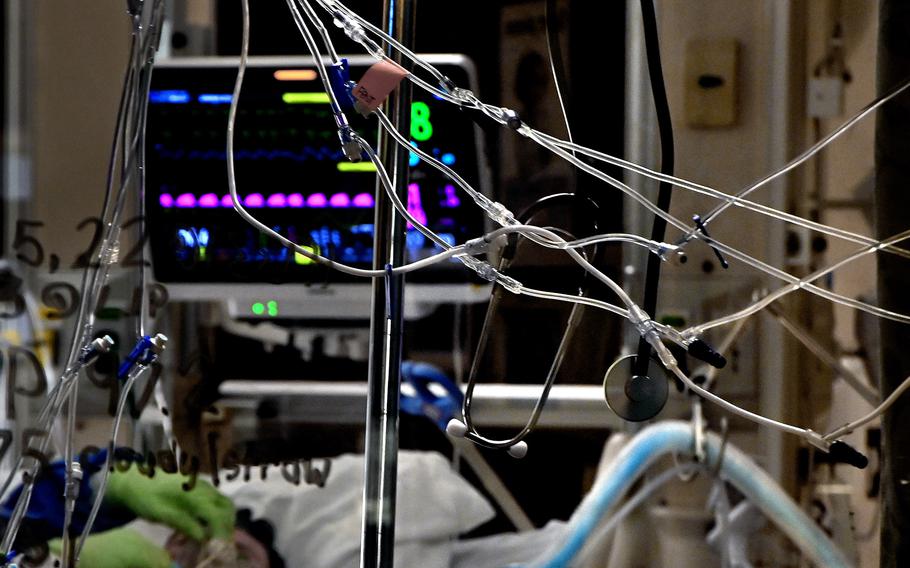 Tubes are attached to pumps that regulate the flow of medicine to a critically ill COVID-19 patient at the Stillwater Medical Center in Stillwater, Okla., on Sept. 18, 2021. (Michael S. Williamson/The Washington Post)

Resistance to Gilead Sciences' antiviral remdesivir was found in coronavirus samples collected from an immune-compromised patient treated with the drug for a persistent COVID-19 infection, researchers said.

Similar mutations causing resistance have been generated in lab studies, but haven't been previously reported in patients treated with the injectable medicine, Shiv Gandhi, Akiko Iwasaki and colleagues at the Yale University School of Medicine said. The patient, a woman in her 70s who had been treated for non-Hodgkin's lymphoma, caught COVID in May 2020. Remdesivir helped alleviate symptoms, but wasn't able to completely clear the infection. It persisted for several months, affecting her sense of smell.

Genetic analysis of the virus showed that it acquired a mutation during treatment that appeared to reduce the effectiveness of the drug, the first cleared for COVID-19. The infection was successfully treated with monoclonal antibody therapy, which also led to a recovery of her sense of smell.

"While the finding is limited to a single case and requires confirmation of its generalizability in larger patient populations, it suggests that remdesivir can impart selective pressure" in patients to drive evolution of the virus, the researchers said in a study, which was released on medRxiv ahead of peer-review and publication.

The scientists found the mutation, called E802D, reduced the fitness of the SARS-CoV-2 virus that causes COVID-19. They said the case illustrates the importance of monitoring for remdesivir resistance and the potential benefit of using a combination of therapies in immunocompromised patients.