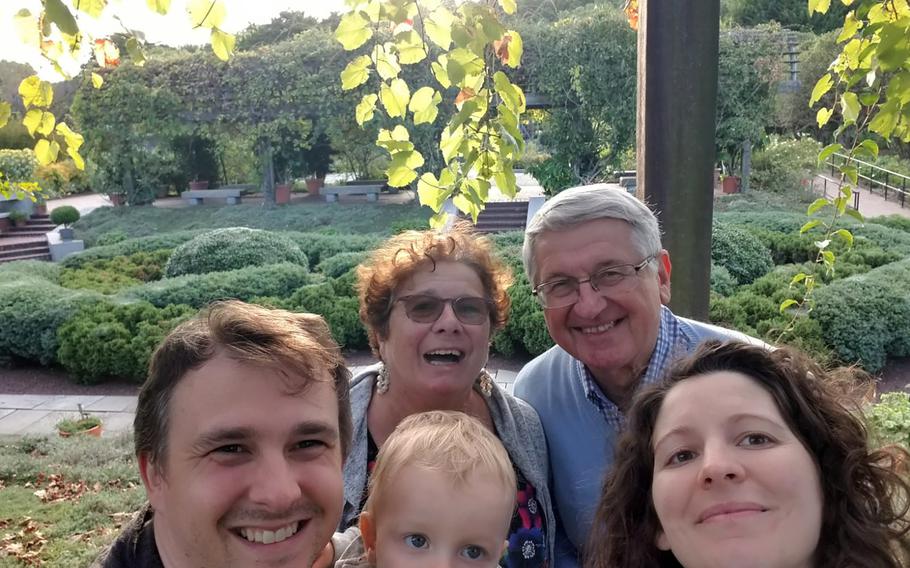 BRUSSELS — The last time Lyla West saw her British grandparents, she was a 1-year-old, babbling her first words and still learning how to walk more than a few steps without tiring out. Now, she's an opinionated 3-year-old, speaking in full sentences and scootering around her Arlington, Va., neighborhood.

During the 21-month-long-and-counting pandemic, binational families like the Wests have been kept apart by lockdowns, travel restrictions, quarantine rules and other complications — connected only by phone calls and video chats.

In particular, European and American travel regulations have been the source of trans-Atlantic tensions. And, as they ease, they have marked milestones in the world's long recovery from the pandemic.

In June, the European Union called on its 27 countries to reopen its borders to American travelers. But the United States refused to reciprocate, remaining closed to most Europeans and other nonessential foreign travelers.

That's about to change. On Monday, the United States will lift the travel ban on 33 nations — including many in Europe and several other places including China — for people who are fully vaccinated or show a negative coronavirus test before boarding a flight. The change gives more families a chance to reunite and offers a boost to the world's sagging tourism industry.

And on Nov. 15, all four of Lyla's grandparents plan to greet her at London's Heathrow Airport, seeing her in person for the first time in nearly two years and ending a pandemic ritual of regularly reading books together over FaceTime.

Chris West and his wife Alex are British citizens with American work visas. So if they left the United States under the current travel restrictions, they couldn't easily re-enter.

"I am incredibly excited," said Diane West, Lyla's grandmother, who lives in Wimbledon, England. "COVID numbers are going up, though, so we are being cautiously optimistic."

For months, European businesses, lawmakers and residents have criticized the United States for failing to allow vaccinated E.U. citizens into the country — particularly as the vaccination rates in many European countries began to eclipse rates in the United States.

President Donald Trump imposed the travel ban in March 2020, which included the European Union. President Joe Biden announced that he would continue it over the summer, citing concerns over the highly transmissible delta variant. 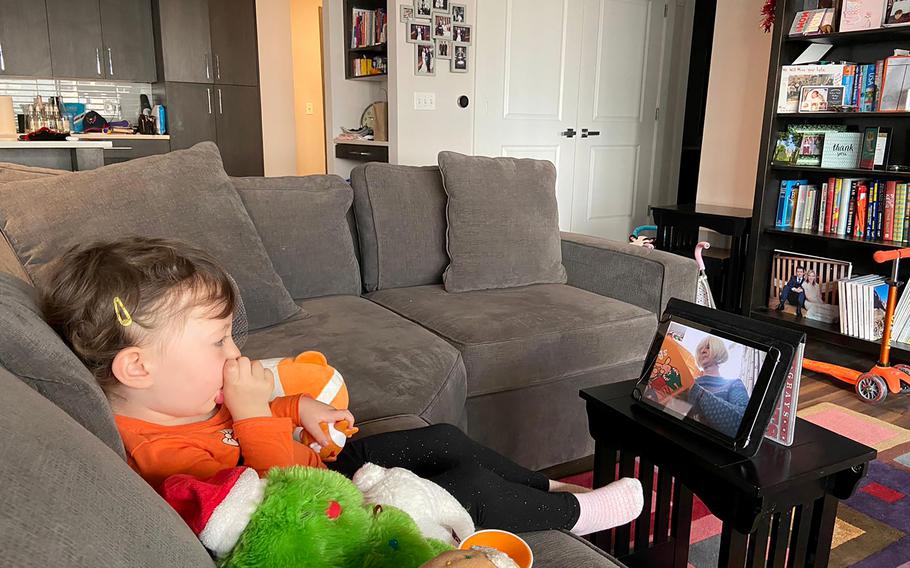 Lyla West of Arlington, Va., watches as her grandmother, Diane West, in Wimbledon, England, reads her a book over FaceTime. (Family photo)

But after the European Union eased restrictions for vaccinated Americans, many European allies struggled to defend the U.S. position. They argued it worsened diplomatic relations and lacked any scientific justification.

The Biden administration's announcement last month that it would reopen borders was celebrated across both sides of the Atlantic as businesses geared for the influx of travelers and families planned to reunite.

"We have seen an increase in ticket sales for international travel over the past weeks, and are eager to begin safely reuniting the countless families, friends and colleagues who have not seen each other in nearly two years, if not longer," Nicholas E. Calio, president of Airlines for America, an industry advocacy group, wrote in a statement last month applauding Biden's announcement.

During the height of the restrictions, families needed to make painstaking calculations about how or if they should attempt to make the journey overseas.

The Wests knew that their British relatives couldn't enter the United States, but they were vaccinated British citizens who could travel to Europe.

But to return to the country they would have needed to quarantine for two weeks in a country that the U.S. allowed travelers to enter from. But that did not seem feasible with a toddler in tow.

"It's the kind of thing that you could imagine being a bit of fun and an adventure without children, but not an option with a toddler," Chris West said.

Across the Potomac in Washington, the Maassen-Black family was also trying to figure out how to see their European parents. Anne Maassen and Tom Black - whose parents live in England and Portugal - hold green cards, so they could travel back home and return again, though they feared that the rules would change while they were abroad and then would be banned from reentering.

They also had unvaccinated young children at home and Anne Maassen was pregnant last year, making traveling during a pandemic risky.

So she and her husband spent the pandemic worrying about what would happen if their parents suffered health setbacks or a family emergency transpired and they couldn't book a flight to Europe.

The Maassen-Black family have experienced their own tragedies and joys during the pandemic — ones they couldn't share in-person with their parents.

Last time Maassen saw her parents in January 2020, she had a 2-year-old boy and was pregnant in her third trimester with a little girl. She had a still birth, mourned, became pregnant again, and gave birth to a healthy boy a year ago.

Her youngest son, Kim, hasn't met his grandparents, though he and his older brother, Roan, FaceTime regularly with them as they play in the basement of their Northeast Washington home.

"It reinforces how long this has been and how much has happened," Anne Maassen said. "There has been grief and joy and all this has taken place virtually and online."

The couple haven't booked their flights for a reunion just yet, but they have relief knowing they can board a plane whenever they need to.

The Wests, meanwhile, are getting ready for their trip. Alex West's parents are traveling from northern England to Wimbledon so both sides of the family can maximize time with their children and granddaughter. The family will catch up with siblings and friends in London.

And they've already told Lyla that she'll be traveling abroad to see the grandparents she's gotten to know online.

So now, when the toddler ends FaceTime calls with her grandparents, she waves and says, "See you soon."