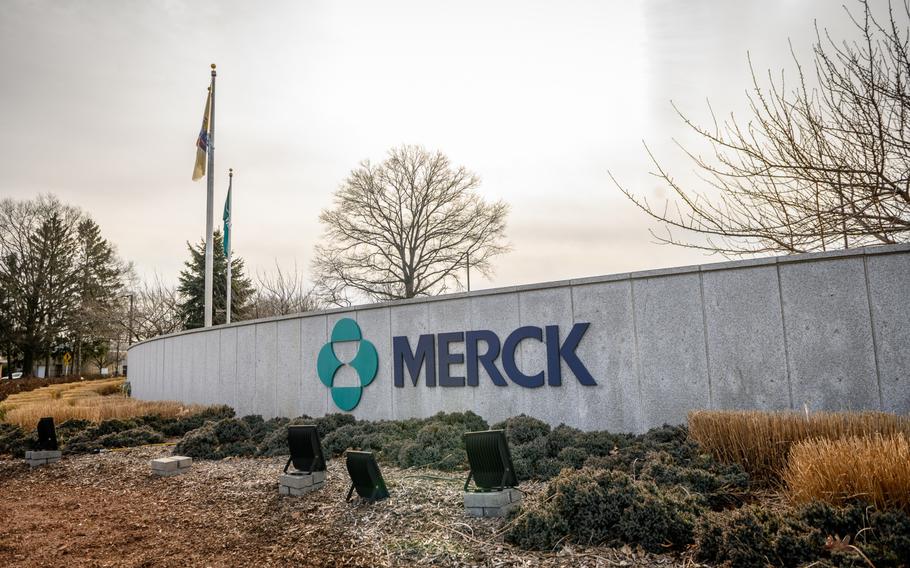 Molnupiravir, an antiviral pill being developed by Merck, has been touted as a potential game changer in the fight against Covid-19. The experimental medication was shown to reduce the risk of hospitalization or death by about half in a late-stage study of adults with mild-to-moderate cases. The promise of a drug that patients can easily get and take at home has prompted some governments to order supplies even before most regulators have decided whether to approve its use.

It’s the chemical name for a medicine originally developed to treat influenza that’s given orally in a capsule. It inhibits replication of SARS-CoV-2, the coronavirus that causes Covid, by a mechanism known as “lethal mutagenesis.” In simple terms, it causes the machinery that reproduces the virus’s genetic material to make mistakes, thereby rendering the copies defective. The drug was discovered at Emory University in Atlanta and is being developed by Merck, based in Kenilworth, New Jersey, and Miami-based Ridgeback Biotherapeutics.

Interim analysis of data from a randomized trial found that it cut the risk of hospitalization by about 50%, Merck said in an Oct. 1 statement. Of 385 patients who got the drug, 28 or 7.3% were hospitalized, compared with 53 out of 377 (14.1%) who got a placebo. Through day 29, no deaths were reported in patients who received molnupiravir, but eight died in the placebo arm. The study was relatively small, and further research is required. But results were so encouraging that Merck and Ridgeback, in consultation with independent trial monitors and the U.S. Food and Drug Administration, halted the trial and began the process of gaining regulatory clearance. The company said at a conference in September that early research showed molnupiravir can thwart the most common SARS-CoV-2 variants, including delta and gamma.

3. How is it different from other drugs?

Gilead’s antiviral remdesivir, as well as monoclonal antibodies, are administered via an intravenous infusion. This is usually done in a hospital or a clinic, where infected people risk transmitting the virus to medical staff and other patients. Molnupiravir’s main advantage is that it’s taken as a pill, enabling patients to be treated at home. It’s also likely to be cheaper: A five-day course of molnupiravir will cost about $700 per patient -- a third of the cost of a monoclonal antibody treatment, according to the New York Times. Safe, well-tolerated, affordable and easy-to-administer antivirals are ideal treatments because they directly counter the virus, limiting its damage to the body and the duration of illness. Steroids and blood-thinners that have been shown to improve survival in hospitalized patients don’t directly fight the virus; rather they prevent a worsening of Covid symptoms.

4. How was it administered?

Molnupiravir was taken orally every 12 hours for five days by adults with mild-to-moderate Covid. Studies are still underway to determine the most efficacious regimen. A study earlier in 2021 showed molnupiravir had little effect when it was given to patients already hospitalized with severe disease. One study is testing whether it can be used to prevent SARS-CoV-2 spreading in households in which one or more members have Covid.

5. Are there side effects?

Interim analysis found no increased incidence of adverse events. Only 1.3% of participants taking molnupiravir quit the therapy due to an adverse event, compared with 3.4% in the placebo group. Still, molnupiravir will need to be assessed in a much larger group of patients to properly determine its safety. People involved in the trial were instructed to abstain from heterosexual sex or use contraception. While this is routine practice with some other medicines, such as cancer chemotherapy, it suggests that molnupiravir has the potential to cause birth defects should someone become pregnant.

6. What about the supply of molnupiravir?

Merck expects to make 10 million treatment courses by the end of 2021, with more doses slated for production in 2022. The drugmaker agreed in June to a $1.2 billion supply deal with the U.S. government under which it would provide 1.7 million courses of the treatment once the drug gains emergency use authorization or approval from the FDA. Britain’s regulator became the first in the world to approve it, authorizing it for use in people with mild to moderate Covid and at least one risk factor for developing severe illness. The U.K. has already announced a deal to secure 480,000 courses of the pill. Merck also has deals with other governments, pending regulatory authorization. For instance, Australia ordered 300,000 doses. Merck says it will implement a tiered-pricing approach based on World Bank country income criteria to reflect countries’ relative ability to finance their health response to the pandemic. The drugmaker announced in April voluntary licensing agreements with generic-drug manufacturers in India to accelerate molnupiravir’s availability in more than 100 low- and middle-income countries as soon as the medication gains the necessary approvals.

7. Will it replace the need for vaccines?

No. Vaccination remains the most effective shield against Covid-19. Still, Covid-19 cases are continuing to occur even in highly vaccinated populations, meaning antiviral therapies will play an important role in limiting the disease’s severity, especially in the elderly and people with weakened immune systems for whom vaccination is less effective. The best first line of defense against this disease is to not get infected in the first place. Social and public health measures, such as wearing face masks and maintaining a physical distance, are still key to preventing virus transmission and ending Covid epidemics.