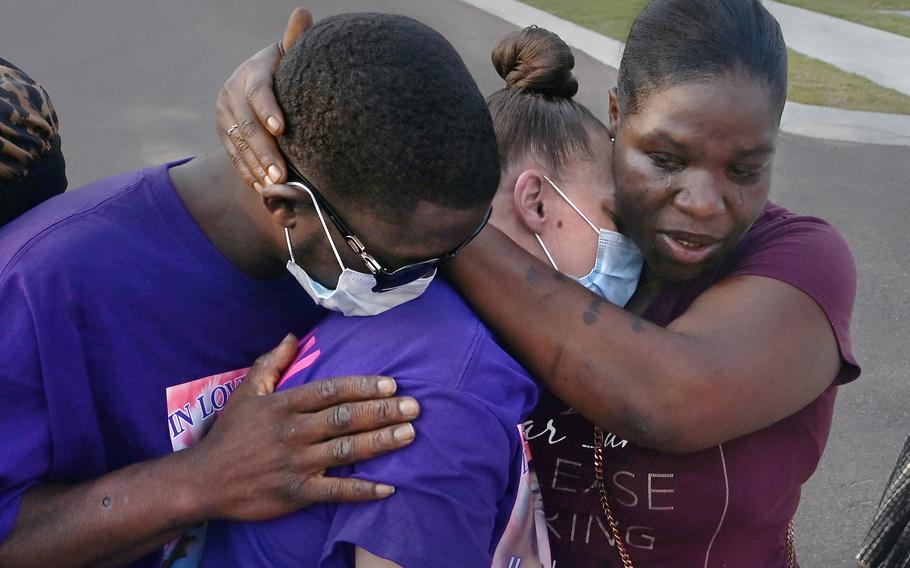 The World Health Organization on Wednesday named 26 scientists to a new advisory body devoted to understanding the origins of COVID-19 and other future outbreaks, marking a change in approach for the world's top global health body to one of the most politically sensitive issues of a pandemic that has killed more than 4.8 million people.

The group, which includes scientists from the United States and China as well as 24 other nations, and will be formalized after a brief period of public consultation, is set to consider not only the big, unresolved question of the novel coronavirus virus — how did it first infect humans? — but also set up a framework for future outbreaks involving other pathogens so similar big questions aren't left unresolved again.

"It's a real opportunity right now to get rid of all the noise, all the politics surrounding this and focus on what we know, what we don't know and what, urgently, we need to all focus our attention on," Maria Van Kerkhove, head of the WHO's emerging disease and zoonosis unit, said in an interview.

Escaping that noise will prove difficult, however, especially as China has repeatedly said it considers any investigation into the origins of COVID-19 on its soil completed. This new group, dubbed the Scientific Advisory Group for the Origins of Novel Pathogens (SAGO), will also face a politicized environment from countries in the West, including the United States.

"If you believe that SAGO will answer the question, what was the origins of SARS-CoV-2, then you are sadly mistaken because there is little to no chance of them gaining access to information or on the ground investigation as far as China is concerned," said Lawrence Gostin, professor of global health law at the Georgetown University.

The renewed impetus to investigate the pandemic's origins comes more than six months after the conclusion of a joint WHO-China mission on the subject. That study, which saw a group of international scientists visit sites at the virus' known epicenter in Wuhan, China, became mired in controversy for its inconclusive results.

After the scientists labeled the possibility of a leak from a laboratory in Wuhan as "very unlikely" and not worthy of further investigation, WHO Director General Tedros Adhanom Ghebreyesus said that the assessment on this theory was not "extensive enough" and, in unusually direct criticism of Beijing, that he expected "future collaborative studies to include more timely and comprehensive data sharing."

WHO officials are adamant that the SAGO will not function as a repeat of the discredited mission to Wuhan. "It's an advisory group. We set up these advisory groups all the time," Van Kerkhove said. "It is not about the next mission."

Several proposed members of the SAGO group were on the previous 10-person WHO mission to China, including Dutch virologist Marion Koopmans. Chinese scientist Yungui Yang of the Beijing Institute of Genomics at the Chinese Academy of Sciences was also a group leader for China on that mission.

However, the majority of SAGO names were not on the previous mission. Inger Damon, the director of the division of high consequence pathogens and pathology at the U.S. Centers for Disease Control and Prevention, is the only American listed.

SAGO membership is not yet finalized and the WHO are seeking public comment on the names released on Wednesday. "We are very pleased with the calibre of experts selected for SAGO from around the world, and look forward to working with them to make the world safer," Tedros said in a statement.

Van Kerkhove said that the mission could advise the WHO and that it needs to arrange a mission to a member state. Some SAGO members, as experts in their respective fields, may also travel on that mission.

"What we're hopeful of is that there will be additional missions to China and potentially elsewhere," said Van Kerkhove.

More than 700 experts in their field applied for a place on the SAGO team, WHO officials said, with the scientists chosen not only for their ability but also with a nod toward diversity in gender, ethnicity and place of residence. Member states were not asked to nominate names and their preferences were not considered in the selection process.

Those in the group will serve, unpaid, for two-year terms, with the possibility of having their time on the body extended.

The aim is for the team to meet once a week, with outside experts receiving some invites, though all meetings will be confidential. SAGO will be a permanent fixture for WHO and ready to step in when there are other post-COVID outbreaks.

"I would have loved for SAGO to have existed when MERS emerged in 2012," Van Kerkhove said, referring to the first known cases of Middle East respiratory syndrome, a disease that has killed roughly 800 people.

Even so, much of the initial work will inevitably be on following up from loose threads in the previous WHO-China mission or looking at new evidence that has emerged since. Van Kerkhove pointed to new data that had come out about SARS-like coronavirus in bats in the region and studies of the animals sold in markets in Wuhan before the outbreak.

Van Kerkhove said that member states like China had been briefed on SAGO, but that the WHO had no power to force a member state to open its borders to an investigative team. "Our member states have not given us that mandate to be able to go into any country that we want. So we have to negotiate with countries," she said. "There should be no ambiguity about that."