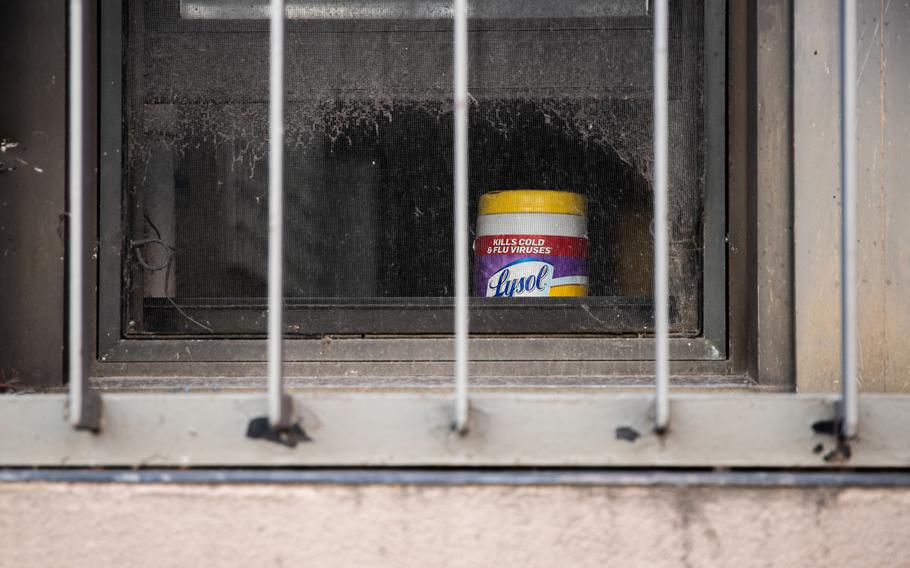 New York and its neighborhoods, such as the East Village in Manhattan, were the epicenter of the coronavirus crisis in spring 2020. (Jeenah Moon/For The Washington Post)

WASHINGTON — Uncle Sam can be a slow learner.

That can have deadly consequences when lessons not learned affect the nation's battle against a global pandemic like the coronavirus.

A recent Government Accountability Office (GAO) report details the problem: Despite experiencing various biological emergencies and running numerous exercises to prepare for more, federal agencies failed to learn numerous lessons that might have helped in the pandemic.

"Challenges identified in prior exercises and incidents persisted during the COVID-19 response," according to GAO, a government-wide watchdog. That left federal and other officials feeling "underprepared to respond to the COVID-19 pandemic." GAO "highlighted a disconnect between preparedness activities and exercises conducted prior to the pandemic and what was needed for an effective response."

The study examined 19 after-action reports from 2009 through 2019, including 11 based on exercises. The review included eight after-action reports from the departments of Homeland Security, Defense, Agriculture, and Health and Human Services for the real-life spread of H1N1, Ebola, and Zika. Department officials agreed to GAO's 16 recommendations in the report released last month.

Consistent with its firm fact-based, nonpartisan and nonpolitical stance, GAO, which identifies itself as "the supreme audit institution for the United States," did not discuss the various ways former president Donald Trump's specific actions and inactions contributed to the United States leading the world in COVID-19 deaths. On Jan. 19, his last full day in office, the U.S. COVID-19 death toll exceeded 409,000, far more than any other nation, according to data provided by Johns Hopkins University. Now more than 666,000 Americans are dead.

Previous "exercises and after actions identified significant gaps and challenges that actually unfolded during the pandemic," Chris Currie, GAO's homeland security and justice director said by email. "In short, agencies did not follow up and close these gaps beforehand."

GAO found that "several key themes continued to emerge" during the last decade "and that those same issues manifested as challenges during the COVID-19 response." The themes included the need to improve:

— Coordination of response operations and resources;

— Information management "across all levels of government and with nongovernmental, private sector, and international entities;" and

— Development, modernization and testing of plans and capabilities.

On the question of coordination, after-action reports from 2014 and 2019 covered issues that recurred during the current pandemic, including, according to the report, "efforts to secure and distribute supplies, specifically medical countermeasures such as personal protective equipment and testing supplies."

A Department of Homeland Security report on a 2010 anthrax attack exercise, meanwhile, highlighted the need for improved information sharing among agencies. Those issues persisted a decade later. Without standardized data collection, GAO said "information collected and reported by states and other entities to the federal government is often incomplete and inconsistent." Two public health experts told GAO "that confusing and conflicting communication from the federal government hindered response and recovery efforts." GAO also found "that frequent changes in CDC COVID-19 testing guidelines, without transparent scientific rationale, raised the risk of creating confusion and eroding trust in federal partners."

The report also notes that agencies did not prepare for such a widespread and long-lasting event, such as the coronavirus, because they didn't expect one unlimited by time and geography. For example, Federal Emergency Management Agency (FEMA) officials told GAO "the COVID-19 response presented unique challenges, because the pandemic affected the entire country simultaneously and posed challenges for acquiring life-saving supplies in the face of global supply chain shortages." A FEMA COVID-19 review demonstrated the resources "needed for nationally significant biological incidents were underdeveloped."

The Department of Health and Human Services was not prepared to handle the repatriation of Americans from overseas early in the pandemic because the department "had not exercised that scenario, including during the 2019 Crimson Contagion exercise." That training that was recent, prescient and on point. GAO described Crimson as "a multi-state, whole-of government exercise based on the spread of a novel influenza virus starting in China."

The Crimson after-action report offered numerous recommendations to address supply-chain issues for items including personal protective equipment and ventilators, which have been scarce at times during the pandemic. HHS officials told GAO they didn't have time to address the recommendations before the pandemic accelerated in early 2020.

Despite weaknesses in the government's COVID-19 response, James Blumenstock, the Association of State and Territorial Health Officials' senior vice president for pandemic response and recovery, praised years of planning through exercises and real emergencies for "the strengths and success of our COVID response to date." However, "we also feel that our efforts have been somewhat compromised," he added by phone, by "years of inadequate commitment to and investment in building and sustaining a public health system and infrastructure that's needed and capable of handling the myriad threats of the 21st Century."

The association joined other organizations supporting creation of an independent COVID-19 commission to study and make recommendations related to the nation's coronavirus response.

Many officials did not take perils like COVID-19 seriously.

GAO said a 2019 FEMA report found that risk assessments in only half the states "included a pandemic among the threats to which their communities are the most vulnerable." And contrary to the pandemic's harsh lessons, "states and urban areas indicated that in a worst-case scenario, medical care and life-sustaining goods delivery were two of the capabilities that were furthest from the desired goal."

Perhaps one reason for that is before the current pandemic, "it was challenging to build interest in and support for large-scale biological incident exercises," federal officials told GAO, because it can be difficult for authorities "to recognize the need to exercise high consequence, low probability biological events such as the COVID-19 pandemic."

GAO investigators were told that prior to COVID, "some localities were reluctant to participate in biodefense exercises because they thought it was a waste of time to exercise a scenario that would never happen."