Some federal employee groups embrace Biden's vaccine mandate, others are lukewarm, one is outright hostile 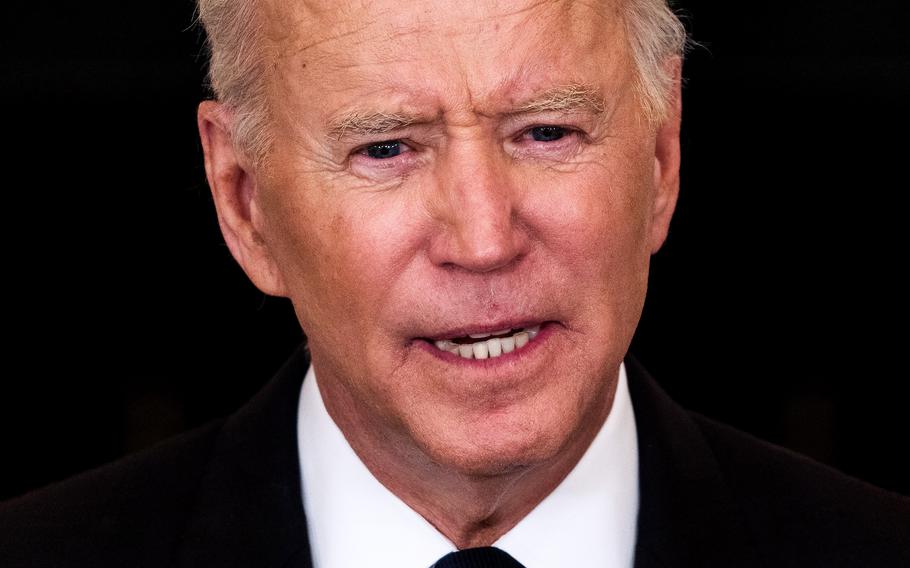 WASHINGTON - The reaction of federal employee organizations to President Joe Biden's new vaccine mandate demonstrates it is not a simple yea or nay proposition.

A key element in his far-reaching, aggressive assault against covid-19 is a requirement for "all executive branch federal employees to be vaccinated," he said Thursday, repeating "all" for emphasis. "And I've signed another executive order that will require federal contractors to do the same."

Biden has the authority to order jabs for the 2.1 million civilian feds, noting, despite his repetition, "exceptions only as required by law." But should he, and how should he, are issues raised by employee groups, whose reactions range from welcoming to flat-out opposing the mandate.

The reaction of federal worker groups, so far, mirrors that of American society. Those representing higher-wage earners - who tend to be more vaccine positive - have come out strongly in favor of the mandate, while organizations of lower-income workers have been less likely to embrace it outright.

That order and another one on federal contractors override the previous White House position that employees and contractors must "attest to being fully vaccinated." If they didn't, they would face weekly or twice weekly coronavirus testing and restrictions on work related travel, in addition to masking and physical distancing requirements.

Union leaders generally don't oppose the mandate, but "changes like this should be negotiated with our bargaining units where appropriate," said AFGE President Everett Kelley. "Put simply, workers deserve a voice in their working conditions."

The conditions include the consequences of compliance and noncompliance. Among the union's questions: What disciplinary measures, from reprimand to firing, will employees who refuse vaccination face? Will those who get shots be required to stop teleworking and instead report to the office? What vaccination proof, if any, is required?

Shortly before Biden spoke, the second largest federal labor organization, the National Treasury Employees Union (NTEU), urged employee vaccinations, but did so in an indecisive statement reflecting a divide among its members. Acknowledging Biden's "legal right" to issue the order, NTEU President Tony Reardon said his "members, like American society at large, will have differing reactions to the new policy. Some employees will disagree. Others will welcome the additional security that comes with knowing that all of their co-workers are vaccinated."

Other employee organizations were more direct and affirmative.

It's not surprising that organizations representing higher-level feds would endorse the policy, said Don Kettl, professor emeritus and former dean at the University of Maryland School of Public Policy, because "lower-income individuals, the evidence shows, tend to be more vaccine-resistant than upper-income folks."

For any vaccine-hesitant employees, Hooper said they "should defer to the expertise of our peers across government. As we would expect our colleagues at the CDC and FDA to trust our tax expertise, so too we expect the IRS workforce to trust their medical expertise."

Saying "vaccination should be promoted through education and encouragement - not coercion," FLEOA President Larry Cosme said the "government should trust its employees to make their own medical decision under consultation with their doctor, not mandated by their employer."

This position overlooks the individual decisions that have led to a plague of the unvaccinated, which literally threatens the health of the nation. Yet, Cosme casts the mandate as the rogue.

"This executive order villainizes employees for reasonable concerns and hesitancies and inserts the federal government into individual medical decisions," he said. "People should not be made to feel uncomfortable for making a reasonable medical choice."

Vaccination is the reasonable medical choice to combat a virus that has killed about 655,600 Americans and 4.6 million people worldwide, according to Johns Hopkins University.

Vaccination is the choice of the Professional Services Council, which represent federal contractors.

"The vast majority of contractors would like to have a higher vaccination rate," said David J. Berteau, the council's president and CEO, but "it's very hard for one company to go first" for competitive reasons. The mandate provides a level playing field for contracting companies. "We believe the science is strong for vaccination," he added. "We clearly support that," with exceptions where necessary.

There are about three to four million individual contractor employees and about 300,000 contracting companies, including those with one employee, he estimated.

"At PSC, we do believe that the science is strong here," Berteau added. "The way out of this pandemic is increased vaccinations."

Along with Biden's other requirements, including that all companies with more than 100 employees, together employing more than 80 million workers, mandate vaccines or weekly testing, his actions could have a major impact on combating the virus.

But for now, "we're in a tough stretch," Biden admitted, "and it could last for a while."