by
Tyler Pager and Laurie McGinley
• The Washington Post • August 20, 2021 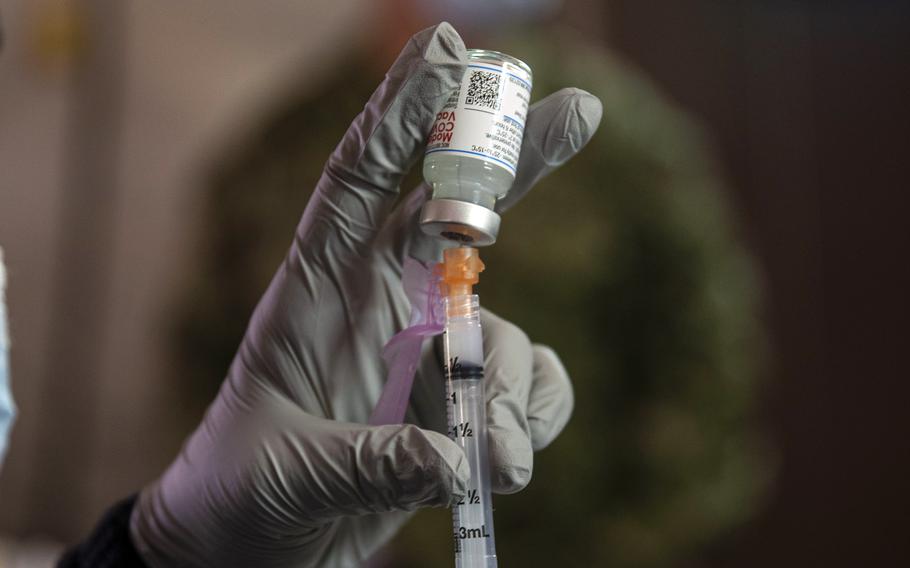 Federal health officials are investigating emerging reports that the Moderna coronavirus vaccine may be associated with a higher risk of a heart condition called myocarditis in younger adults than previously believed, according to two people familiar with the review who emphasized the side effect still probably remains uncommon.

The investigation, which involves the Food and Drug Administration and the Centers for Disease Control and Prevention, is focusing on Canadian data that suggests the Moderna vaccine may carry a higher risk for young people than the Pfizer-BioNTech vaccine, especially for males below the age of 30 or so. The authorities also are scrutinizing data from the United States to try to determine if there is evidence of an increased risk from Moderna in the U.S. population.

The two people who described the investigation spoke on the condition of anonymity to discuss an ongoing review because they were not authorized to discuss it.

One of the people familiar with the review emphasized it is too early to reach a conclusion. The person said the agencies must do additional work before deciding whether to issue any kind of new or revised warning or recommendation about the situation. In June, the FDA added a warning label for the Pfizer and Moderna shots - both known as mRNA vaccines - about increased risk of myocarditis.

“We have not come to a conclusion on this,” one of the people familiar with the investigation said. “The data are not slam bang.”

Moderna did not immediately respond to a request for comment.

FDA spokeswoman Stephanie Caccomo said that while the agency will not comment on internal meetings or discussions, “we can say that FDA is absolutely committed to reviewing data as it becomes available to us. We have previously communicated about myocarditis and COVID-19 vaccines and if new information changes the risk/benefit profile, we will update the public accordingly.”

In a statement, the CDC said its “Advisory Committee on Immunization Practices has and continues to review reports of myocarditis and pericarditis following COVID-19 mRNA vaccination. CDC, FDA, and our vaccine safety partners are actively monitoring these reports, including reviewing data and medical records, to learn more and understand any relationship to COVID-19 mRNA vaccination.”

One individual said the Canadian data, which was provided by that country’s government, indicates that there might be a 2.5 times higher incidence of myocarditis in those who get Moderna compared with the Pfizer-BioNTech vaccine. Myocarditis is an inflammation of the heart.

The myocarditis side effect is extremely rare, and even if it is more likely in people receiving the Moderna vaccine, it probably is still very uncommon. Officials want to be careful to not cause alarm among the public, especially when officials are trying to persuade more people to be vaccinated amid a surge of cases fueled by the fast-moving delta variant.

Federal health officials in late June said there is a “likely association” between the Moderna and Pfizer-BioNTech vaccines and an increased risk of the rare heart condition in adolescents and young adults, the strongest assertion so far regarding a potential link.

But the CDC’s vaccine advisers, at a June 24 meeting, said that getting covid-19, the illness caused by the virus, puts someone at far greater risk of heart inflammation and other serious medical problems than the risk of developing myocarditis from vaccination.

The CDC and the Department of Health and Human Services together with 15 of the country’s leading medical and public health organizations - including the American Academy of Pediatrics, the American College of Obstetricians and Gynecologists, the American Medical Association and the American Nurses Association - issued a joint statement after the June meeting saying they “strongly encourage everyone 12 and older” to get the shots because the benefits far outweigh potential harms.

The Washington Post’s Lena H. Sun contributed to this report.