‘I was so inconsiderate’: Erykah Badu apologizes to Obamas for being ‘terrible guest’ at party 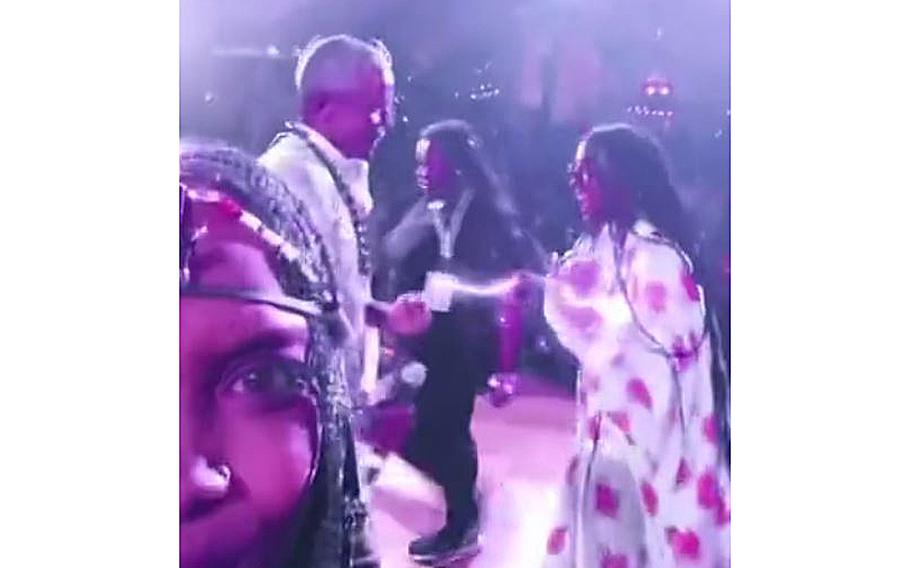 The Grammy Award-winning artist, 50, took to Twitter Thursday to issue a public apology to the Obamas for being a “terrible guest” after sharing footage from Barack Obama’s exclusive 60th birthday bash in Martha’s Vineyard.

“Mr. And Mrs. Obama , Please forgive me 4 being the ‘terrible guest’ at such a sacred event for your family,” she tweeted. “I was so inconsiderate, Thank you for all your love. What an example of ‘how NOT ‘ to be.”

Badu, who was born Erica Abi Wright, closed her apology with her birth name.

The singer also shot down fan claims that the former first couple made her “take down the video and apologize publicly.” Badu replied, “Naw sis. It’s just right thing.”

The former president held a 60th birthday bash in the backyard of his Martha’s Vineyard mansion with Michelle Obama. Although it was scaled back because of concerns about the rapid spread of COVID-19, the event attracted many high-profile guests, including Badu, H.E.R., John Legend, Chrissy Teigen, Gabrielle Union and Dwyane Wade.

Some of the A-List guests took it upon themselves to share photos and videos from the exclusive party. Badu posted a now-deleted video next to a maskless Barack Obama, who was enjoying himself while dancing with guests. Grammy Award-winning artist H.E.R. shared a shot of her standing between the former president and first lady.

“HAPPY BIRTHDAY TO THE COOLEST @barackobama what an amazing night!!!!!!!” H.E.R. captioned a since-deleted post on Sunday that included a video of her and Obama dancing. A soon-after updated post included a line about being “grateful to have been able to celebrate with you and your family SAFELY.” The post is no longer up on her page.

Artist Trap Beckham, who performed a special version of his hit single “Birthday Chick” during the event, also shared many photos and videos. He took down the footage but it was widely reshared online.

“Just want to take the time out to Apologize to Obama & Staff for using my social media Saturday as if it were a regular party,” he tweeted. “Tbh I was just excited & I never knew it would blow up like this.

The Obamas were met with criticism for throwing a maskless affair as the Delta variant continues to spread, but spokesperson Hannah Hankins told USA TODAY last week that his outdoor birthday bash “was planned months ago in accordance with all public health guidelines and with COVID safeguards in place.”

Guests were required to adhere to all Centers for Disease Control and Prevention public health protocols, including a testing regimen managed by a COVID-19 coordinator.