China reviewing WHO plan for next step in virus-origin probe 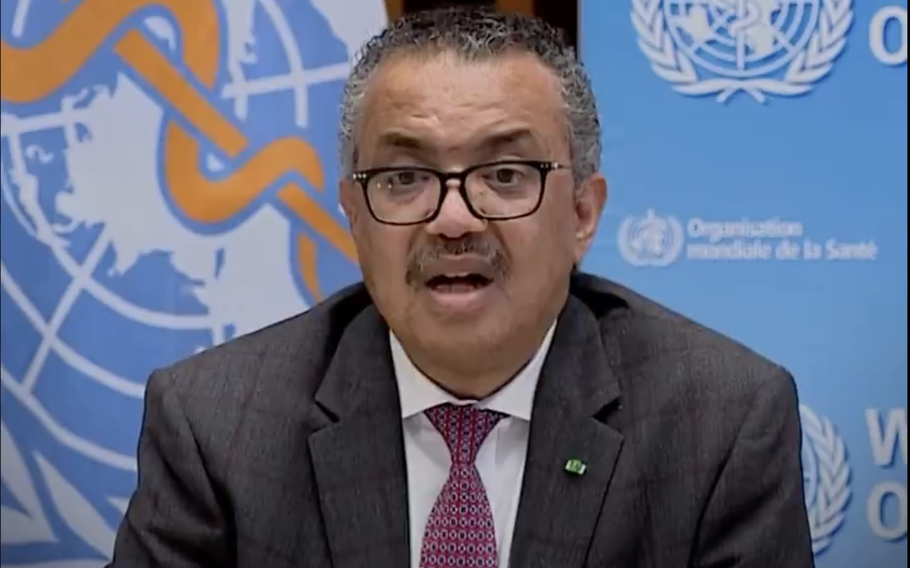 China is reviewing plans for further inquiry into the origins of the coronavirus, after the head of the World Health Organization urged Beijing to cooperate in the next phase of the investigation.

Chinese Foreign Ministry spokesman Zhao Lijian told a regular news briefing Friday that Beijing was mulling over a proposal made by WHO Director-General Tedros Adhanom Ghebreyesus. Zhao reaffirmed China’s position that any decision on continuing the probe “should be reached by all members through consultation.”

“The Chinese side noted the draft plan made by Tedros and the secretariat and the Chinese side is looking into it,” Zhao said in response to a question about Tedros’s comments. “Origin-tracing is a scientific matter. All parties should respect the opinion of the scientists and should refrain from politicizing origin-tracing.”

The WHO proposed audits of the laboratories and research centers where the first human cases were identified in late 2019, as well as integrated studies of humans, wildlife, captive and farmed animals and the environment. It also suggested prioritizing places with the earliest signs of COVID-19 circulation and neighboring areas with related coronaviruses. Animal markets in and around Wuhan should also be examined, and additional epidemiology work done.

The WHO chief’s remarks were the latest in a series of international efforts to press Beijing for more openness about the first known coronavirus outbreak in the central Chinese city of Wuhan. Tedros said Thursday that scientists still lacked enough raw data on infections and possible cases in late 2019.

Separately Friday, Australian Prime Minister Scott Morrison repeated his call for a transparent probe into the pandemic’s origins, saying “the world deserves answers.” Morrison was echoing the Group of Seven’s call for a “timely, transparent, expert-led and science-based” study into the virus’s beginnings that would include renewed investigations in China.

Tedros said the WHO will establish the International Scientific Advisory Group for Origins of Novel Pathogens, or SAGO, which will assist in the next phase of the origin probe. It will also play a role in finding origins of future pathogens.

China has accused the U.S. and its allies of pushing such investigations as part of a campaign to blame it for a pandemic that has killed more than four million people globally. In particular, Beijing rejects further inquiry into whether the virus leaked from the Wuhan Institute of Virology, a high-security facility near the first known outbreak sites that conducted coronavirus research.

Earlier this year, a mission organized jointly with the WHO that included scientists from China found that the virus probably spread from bats to humans via another animal. Although the mission considered a laboratory incident the least likely hypothesis, Tedros called for further investigations.

“We owe it to the millions who suffered and died,” Tedros said Thursday. “I hope there will be better cooperation.”

On Friday, Zhao defended China’s cooperation with inquiries conducted to date. The WHO mission was given access to relevant data and numerous facilities including the Wuhan lab, he said.

“China showed the expert team the raw data that should be concerned,” Zhao said. “And the experts clearly stated on multiple occasions that they acquired a large amount of data and information, and fully understood that some information related to personal privacy cannot be copied or taken away.”