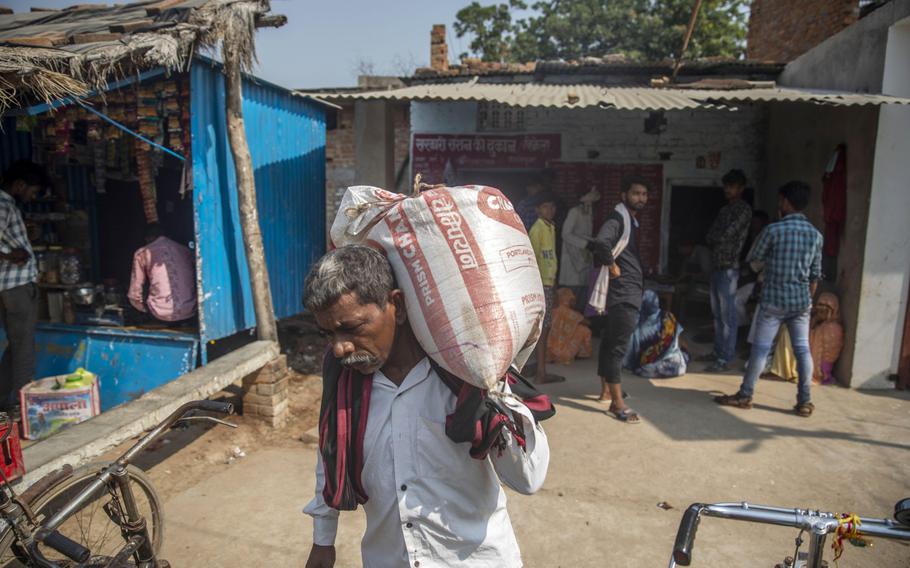 A man carries a sack of food at a state-run ration store in Banda District, Uttar Pradesh, India, on Oct. 12, 2020. (Prashanth Vishwanathan/Bloomberg)

World hunger spiked last year, outpacing population growth and probably reaching the highest since 2005, as the COVID-19 pandemic curbed incomes and access to food, according to the United Nations.

As many as 811 million people — about a 10th of the global population — were undernourished in 2020, the UN said in a report on Monday. The agency said it will now take a "tremendous" effort for the world to fulfill a pledge to end hunger by 2030, and reiterated a call to transform food systems.

The fallout from the pandemic put healthy food further out of reach for many people, and this year's surge in food prices to the highest in almost a decade is particularly bad news for poorer countries dependent on imports. Conflict, climate change and economic downturns — the major drivers of food insecurity and malnutrition — continue to increase in both frequency and intensity, and are occurring more often in combination.

"This is a wake-up call to the entire world," David Beasley, executive director of the World Food Programme, said on a webcast on Monday. "We're heading in the wrong direction. To think that we're going to end hunger by 2030, that's not even possible given the direction, trajectory we're on now."

Between 720 million and 811 million people were undernourished last year, according to the UN, which used a mid-range of 768 million due to uncertainty of the pandemic's impact. Most of those were in Asia. Roughly a third of all people lacked access to adequate food, a figure that rose by 320 million from a year earlier, about as much as in the previous five years combined.

The report — the first global assessment of food insecurity in the wake of the COVID-19 crisis — was jointly produced by agencies including the Food and Agriculture Organization, the WFP, Unicef and World Health Organization.

"Famine should be consigned to history, yet in multiple countries they loom again," Unicef Executive Director Henrietta Fore said. "Millions of children are still struggling to access the nutritious and safe diets they need to grow, to learn, to develop and reach their full potential."