by
Erin Cunningham and Paul Schemm
• The Washington Post • July 7, 2021 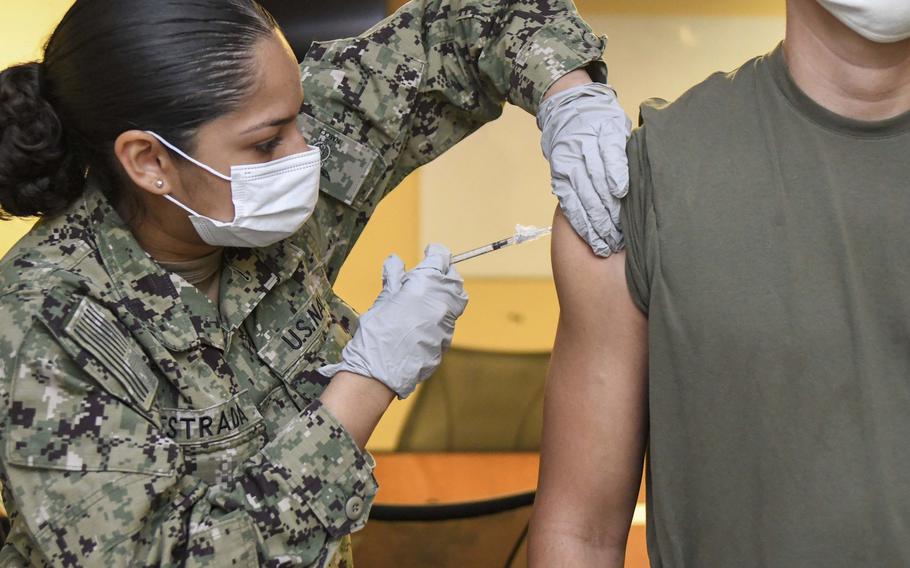 The fight against the pandemic in some wealthier nations has now turned into a race between the highly contagious delta variant first identified in India and the rollout of vaccines most scientists say still provide strong protection against infection.

Some studies, however, hint at the nightmare scenario that the seemingly miraculous shots developed last year may not be quite as effective as they were against the original virus strain.

Israel's Health Ministry this week announced that the Pfizer-BioNTech vaccine — one of the world's most effective shots — was offering only 64% protection against infection and symptomatic illness caused by the delta variant.

The vaccine was still highly effective at preventing severe illness and death, the ministry said.

Israel has fully inoculated about 60% of its population, the vast majority of whom received the Pfizer-BioNTech vaccine. Some health experts criticized the Israeli study, however, and said that a number of factors — from testing to an individual's risk profile — could have contributed to the result.

But if true, such a substantial drop in the vaccine's protection level could have serious implications for countries betting almost entirely on mass immunization campaigns — as well as poorer nations that have barely started their own vaccine drives.

In Britain, where the variant now accounts for at least 95% of new infections, government officials have admitted that cases will soar after COVID-related restrictions are lifted, despite the fact that more than 50% of the population has been fully vaccinated.

Officials maintain that high vaccination rates will keep hospitalizations and deaths low. In May, researchers affiliated with Public Health England found that two doses of the Pfizer-BioNTech vaccine were 88% effective against symptomatic illness caused by the delta variant.

"We will soon be able to take a risk-based approach that recognizes the huge benefits that the vaccines provide both to people who get the jab and their loved ones too," British Health Secretary Sajid Javid said Tuesday.

His opposition counterpart, Jonathan Ashworth, however, expressed fear that the vaccine wall the government was relying on to protect the country was "only half built."

- Sydney's lockdown has been extended by a week to July 16, New South Wales state officials confirmed. Australia's largest city is struggling to stamp out a small outbreak of the delta variant, but only about 8 percent of the country has been fully inoculated.

- Singapore will not include people inoculated with the Sinovac shot in its national vaccine count. The city-state has not approved the Chinese-developed shot for its vaccination program, though some private clinics are allowed to administer Sinovac doses.

- The United States is dispatching 2 million Moderna vaccine doses to Vietnam, the White House said. The Southeast Asian country had been a coronavirus containment success but its vaccination rollout has been slow, and a wave of infections starting in May has not receded.

- Turkmenistan is making coronavirus vaccination mandatory for all adults, Reuters reported Wednesday, citing the Central Asian nation's Health Ministry. The authoritarian government has reported no coronavirus cases since the pandemic began, but this year registered Russian- and Chinese-made vaccines for use inside the country.

- England's chief medical officer warned of an increase in "long COVID," in which symptoms persist for months, among young people. While Britain's vaccination rollout is among the world's fastest, the youth inoculation rate is still relatively low; the country is jettisoning almost all distancing curbs later this month.