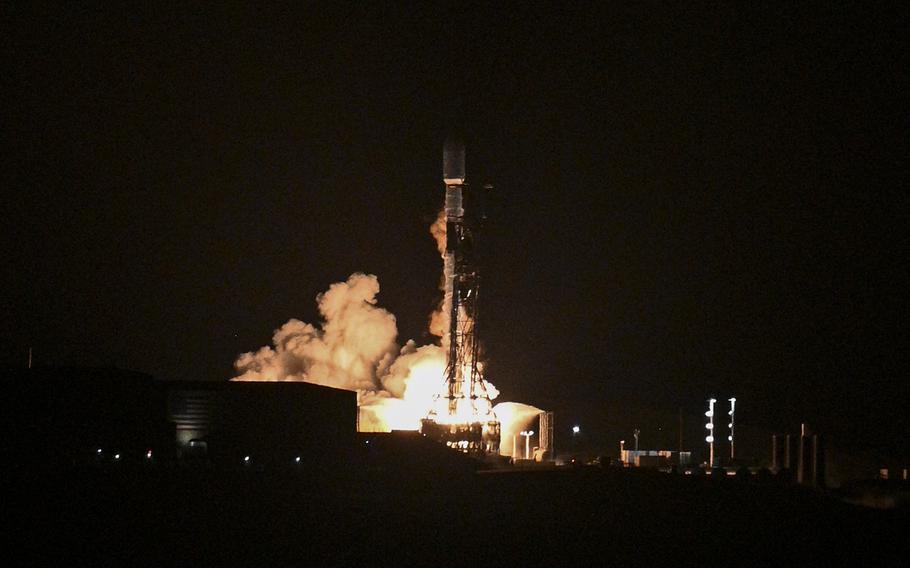 The launch is scheduled for 8.25 p.m. Friday, with a backup opportunity on Saturday at 8:11 p.m., according to SpaceX.

The launch will use the company’s Falcon 9 rocket.

Following separation, the Falcon 9’s first stage will return to Earth and land on the Of Course I Still Love You droneship stationed in the Pacific Ocean.

How to watch Vandenberg rocket launch

The SpaceX launch will likely be viewable from around the Central Coast, depending on the weather conditions and whether Vandenberg’s infamous fog makes an appearance.

There are several viewing areas around the Lompoc area for those interested in watching the spectacle live.

Cars often line up along Ocean Avenue, also known as Highway 246, with hundreds of spectators sitting on top of their vehicles or on the side of the road waiting for the rocket to come shooting up over the hills.

A live webcast of the launch will begin about five minutes prior to liftoff and can be watched online.

When is next SpaceX launch?

It’s been a busy year for SpaceX on the West Coast, with 11 successful launches taking off from Vandenberg so far.

One of those was for the German military, two involved missions for the National Reconnaissance Office and eight were carrying Starlink satellites.

After this week’s launch, SpaceX will have at least one more mission out of Vandenberg before the end of the year.

The aerospace company is expected to launch a Surface Water and Ocean Topography satellite around Dec. 12, though launch dates are subject to change.

The satellite — which is a collaboration between NASA and the French Centre National d’Études Spatiales, among other agencies — will be NASA’s first global survey of Earth’s surface water, providing data for clean air and water, extreme events and long-term environmental changes, according to NASA.

Visit The Tribune at www.sanluisobispo.com