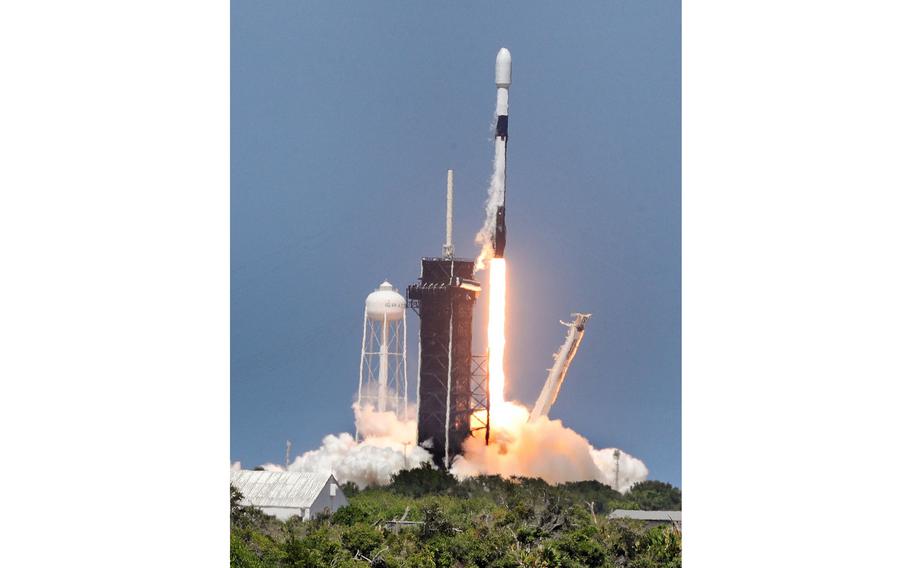 A SpaceX Falcon 9 lifts off from Launch Pad 39-A at Kennedy Space Center, May 4, 2021. (Joe Burbank, Orlando Sentinel/TNS)

The aerospace company's Falcon 9 rocket will take off from the base's Space Launch Complex-4 East. Col. Rob Long, Space Launch Delta 30 commander, will be the launch decision authority, according to the release.

The mission is the first NRO mission to reuse a SpaceX rocket booster, according to the release. It is also the second Falcon 9 launch procured through a National Security Space Launch contract to launch rockets from the Western Range (meaning the West Coast).

According to the release, as the SpaceX rocket's first-stage booster re-enters the atmosphere to return to the landing zone, people around the Central Coast could potentially hear multiple sonic booms as the vehicle breaks the sound barrier.

A sonic boom occurs from the shock waves of an aircraft or launch vehicle traveling faster than the speed of sound, making a noise similar to a clap of thunder or an explosion.

This will be the third rocket launch from the Central Coast military base this year.