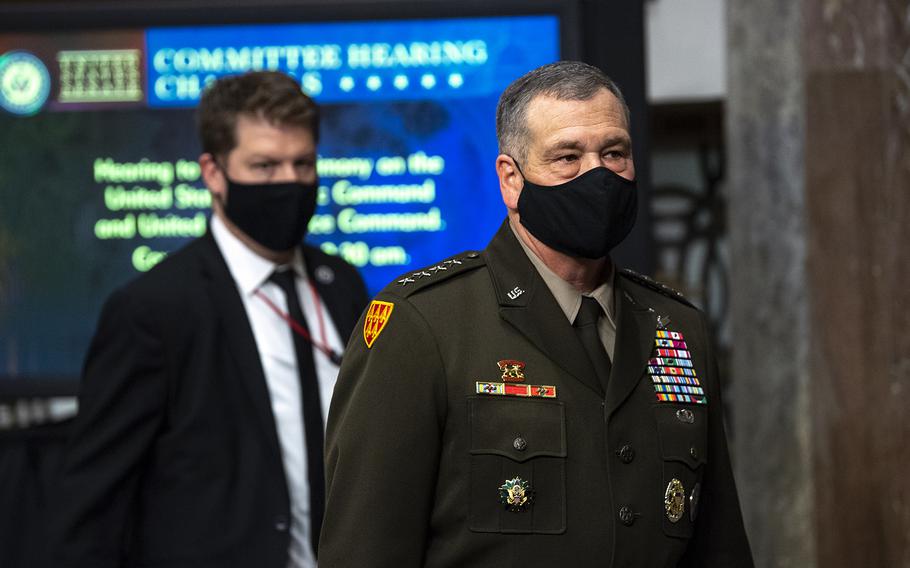 COLORADO SPRINGS, Colo. (Tribune News Service) — More than a dozen aerospace companies throughout the state rallied together to say Colorado should be the permanent home for U.S. Space Command.

The Gazette has learned 13 aerospace companies and accelerators sent a collective letter to Colorado’s two Democratic U.S. senators, Michael Bennet and John Hickenlooper, saying the command should remain in Colorado. The decision to uproot the command remains under investigation by the Pentagon’s inspector general and the Government Accountability Office after then-President Donald Trump announced in January 2021 the command and its 1,400 troops would be permanently based in Huntsville, Ala.

Findings from the investigations into potential political influences are expected soon. Regardless of those outcomes, the command will remain in Colorado Springs until at least 2026.

“We join you in advocating for Colorado as the permanent home of the U.S. Space Command headquarters. Colorado’s dynamic aerospace ecosystem is the force multiplier in our ability to deliver innovation to our national defense and space missions. Colorado is our chosen home because of the proximity to one another and to the defense missions. The aerospace industry draws a talent pool, provides access to robust university research, and allows for daily interactions with mission partners,” the letter began.

“Collaboration is the normal here. Proximity accelerates our ability to innovate. With Colorado home to GPS, Space Based Infrared System, and the Wideband Global Satellite Communications Systems as well the Space Force guardians and the provisional headquarters of the U.S. Space Command, we compete and collaborate every day to find applicable solutions. “As many have learned during the last two years, while solutions exist to connect remote stakeholders, it is seldom as effective as face-to-face collaboration.”

Congress brought Space Command — which oversees all American military missions in orbit — back to life in 2019 after an earlier version was shuttered in 2002 amid post-Cold War budget cuts. The Pentagon picked Colorado Springs as the provisional home of the recreated command, putting it back where it was originally founded in 1985.

To find a permanent home, the Pentagon kicked off a process that saw several states battle for the headquarters amid political intrigue. In August 2021, Trump confirmed a Jan. 13, 2021, Gazette report, saying he intervened in the process “single-handedly” to pick Alabama.

The move rewarded a state that supported Trump by a wide margin in the 2020 election while seemingly punishing Colorado, where voters backed President Joe Biden and tossed out incumbent Republican U.S. Sen. Cory Gardner in favor of former Gov. John Hickenlooper, a Democrat.

Receiving the command would be a financial bonanza for Alabama and a big blow to Colorado Springs, because it will be backed by thousands of civilian workers and billions of dollars in military contracts. Any state housing the command would also potentially woo a bigger piece of the booming civilian space industry.

One of the 13 signatures on the aerospace industry letter was that of William Kowalski, co-founder and chief operating officer of Atomos Space, which relocates unmodified satellites in orbit to reduce development and launch costs.

“As a young, Colorado aerospace company with capabilities that can support the warfighter, being close to U.S. Space Command allows us to better interact with the end-user to iterate and deliver at the pace of a start-up,” Kowalski wrote in the letter. Jeff Max, CEO of Durango-based Agile Space Industries, also signed his support of keeping the command in state. “Colorado’s historic aerospace industry and the innovative drive of its entrepreneurs make it the right choice for the DoD’s future space aspiration,” Max said.

The letter went on to say, “We do business in Colorado because of the dynamic environment that draws talent, and spurs university research that in turn delivers innovators. It takes this type of ecosystem to foster the people who understand and can deliver the physics of the GPS-timing signal, the systems operation and coordination of our satellites and the civilians who build, operate, and maintain the information that goes to the warfighter. The competition is fierce for this talent. Colorado offers a quality of life that allows our aerospace companies to attract that talent, bar none.” ___