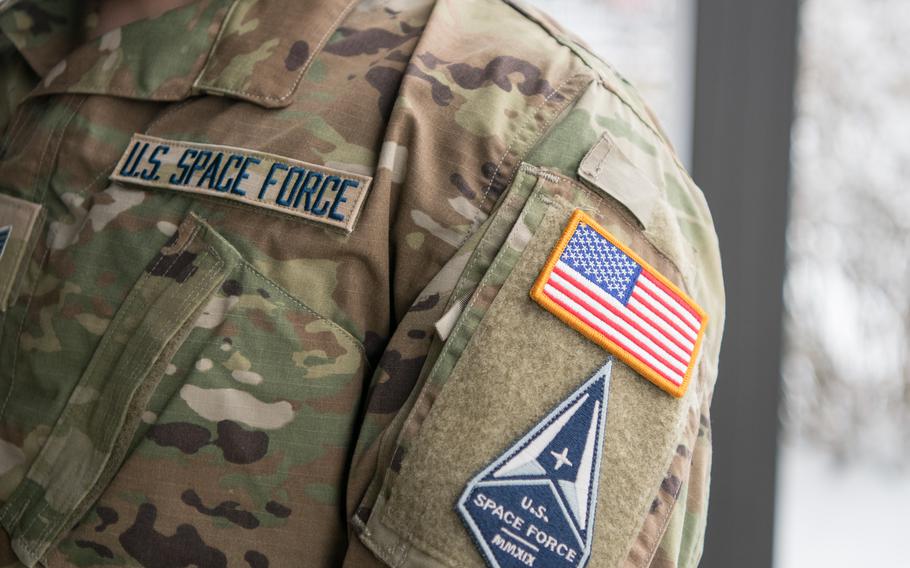 GREENSBORO, N.C. (Tribune News Service) — A new partnership between the U.S. Space Force and N.C. A&T is expected to lead to research cooperation as well as scholarships and internships for students.

The smallest branch of the U.S. Armed Forces and the largest of the nation’s historically Black colleges and universities formalized their relationship with a virtual ceremony Wednesday morning.

A&T Chancellor Harold Martin and Vice Chief of Space Operations Gen. David Thompson each signed copies of a memorandum of understanding during the ceremony.

The Space Force, created just under two years ago, commands and controls all of the Department of Defense’s satellites and also monitors other objects orbiting the world.

According to a news release from A&T, research will be the biggest part of the partnership programs, with A&T and the other 10 partnering universities each taking on their own research component. There will also be internships and scholarships offered, both through the schools’ ROTC program and to civilian students.

Thompson also said Wednesday that from the first days of the new branch, it was clear that the Space Force needed to think about how to prepare future leaders. He said that Maj. Romeo White, his aide at the time, was an A&T alumnus and was vocal about pitching A&T as perfect for the sort of partnerships they were looking to create.

According to the Space Force, its criteria included, “quality of STEM degree offerings and space-related research laboratories and initiatives; ROTC program strength; diversity of student population; and degrees and programming designed to support military, veterans, and their families in pursuing higher education.”

“While I would hope we would have arrived at North Carolina A&T as one of our partners in our own way, there was no doubt very early on that he showed us who and what North Carolina A&T was,” Thompson said. “It was an obvious model, and then followed our desire for the partnership.”

A visit to A&T last summer helped the Space Force think further about how the branch should shape its partnerships with universities, Thompson said.

That included helping provide opportunities for both civilians and enlisted workers.

Whisler said N.C. A&T’s ROTC program is set to get scholarship money from the Space Force that it can use to recruit high school students who are specifically interested in becoming officers in the Space Force.

“That is a huge benefit for us,” he said.

There are also going to be opportunities for N.C. A&T ROTC cadets to do on-the-job training with the Space Force through internships, he said.

There will also be scholarships and internships available for civilian students as well as plans for the university and Space Force to collaborate on research.

Whisler said that campus ROTC programs are the largest source of commissioned officers for the U. S Department of the Air Force, which includes both the Air Force and the Space Force.

He said ROTC runs the aerospace studies department at A&T, offering ROTC members classes focused on leadership, with a bit of an aerospace lens.

Students have to pass a variety of tests and then between their junior and senior years compete with other students across the country to continue in the program. Those that make it are lined up to take officer positions, either in the Air Force or the Space Force.

Whisler said that the most common job A&T ROTC graduates would be looking at is space operations officer. That could include anything from controlling satellites to enhancing space communications systems or conducting space surveillance. For now, at least, those are earthbound jobs, and Whisler said the Space Force isn’t a fast-track to becoming an astronaut, but he didn’t want to guess too much about what the Space Force will look like in years ahead.

“What’s enticing them with regards to the Space Force is that is the future and the limits to it are that there are none,” he said. “I think that excites a lot of the students that we have.”