COLORADO SPRINGS, Colo. (Tribune News Service) — The Space Force would get its own contingent of part-time troops under a measure from Colorado U.S. Reps. Jason Crow and Doug Lamborn to create a Space National Guard.

The measure would move satellite troops now working in Army or Air Force National Guard billets to under the Space Force, the eighth armed service branch, which was created in December 2019. National Guard troops generally serve one weekend a month and have two weeks of summer training unless called up by governors or the Defense Department to assist in emergencies.

"For 25 years, our National Guard space units have provided operational and tactical assistance to protect our nation's vital interests in space and enhance our military lethality," Lamborn, a Republican, said in a statement. "Today, they work side-by-side with their active-duty counterparts, both in uniform and often as civilian contractors, bringing vital experience to the mission that enhances our national security space enterprise. This important legislation would officially create the Space National Guard."

Envisioned as a "leaner" armed service, Space Force has a tiny contingent of troops. At full strength, the service will have about 13,000 troops — about half of the number of soldiers serving at Fort Carson. But the service, with troops at Buckley, Peterson and Schriever Space Force bases in Colorado, has a massive mission of controlling and protecting military satellites, including the Global Positioning System.

And while every other service branch has a reserve component, the Space Force was created with only full-time troops on its roster.

In Colorado, hundreds of part-time troops with the Air Guard's 233rd Space Group and the Army Guard's 117th Space Battalion work with satellites. The troops, many of whom work in the civilian aerospace industry, have been praised for delivering expertise often unmatched by their full-time comrades.

Nationwide, National Guard units have about 2,000 satellite troops, with more than a third of them in Colorado.

Creation of a Space National Guard branch has been mulled, but proposals that would put it into law have stalled.

The measure from Crow, a Democrat, and Lamborn could gain traction as the House Armed Services Committee, where both serve, wraps up work on the National Defense Authorization Act, an annual Pentagon policy bill.

"Expanding the force to include this National Guard component will ensure mission readiness as we continue U.S. dominance in space," Crow said in a statement. 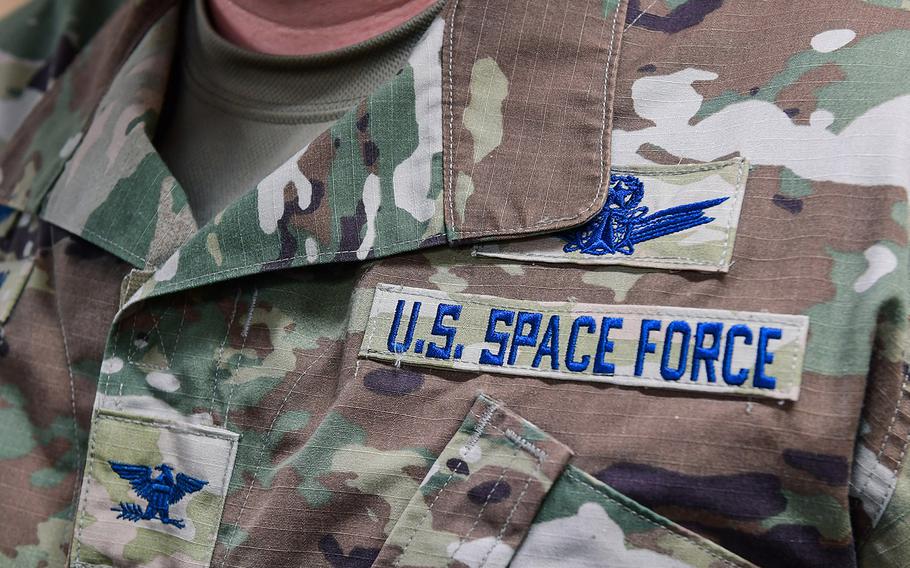