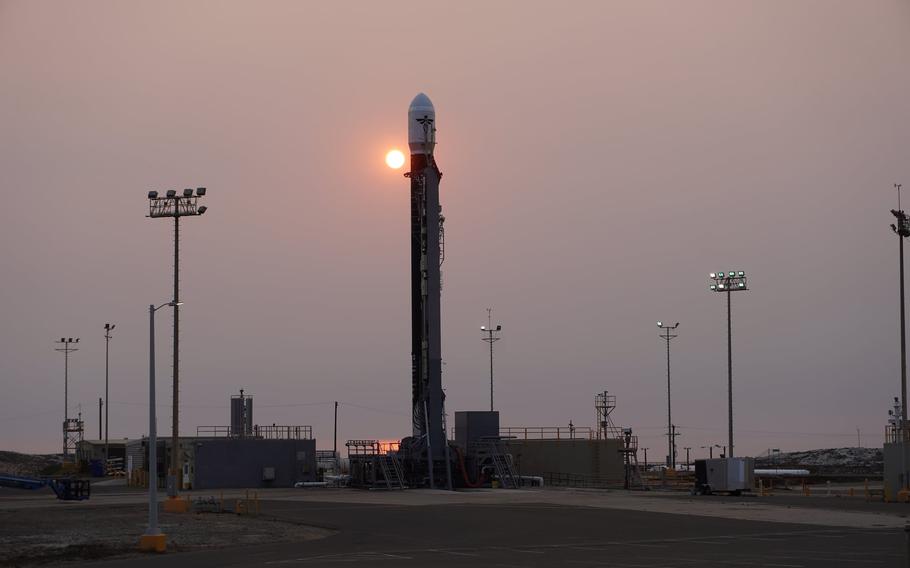 (Tribune News Service) — For those who have been anxiously watching the rocket launch updates streaming out of Vandenberg Space Force Base, the wait is over.

A new rocket is expected to launch from the Central Coast military base this week, and it’ll be a giant step forward for more than one reason.

The rocket, Alpha, is set to be startup company Firefly Aerospace’s first ever rocket launch.

The company, which is headquartered in Texas, began in 2014 and has been developing its first rocket since 2017 with the intent of making space launches more affordable and accessible.

Alpha’s maiden voyage is scheduled for Thursday between 6 p.m. and 10 p.m., though that is subject to change depending on weather conditions. It will launch from the SLC-2 pad on the base near Lompoc.

In the launch Thursday, the rocket is expected to achieve a low Earth orbit, and deploy multiple satellites into orbit for several entities.

It’ll also carry a range of non-technical payloads such as photos, DNA samples and a children’s book as part of the company’s Dedicated Research & Education Accelerator Mission, which aims to inspire young people to learn more about the fields of science, technology, engineering and mathematics, especially space.

The Firefly launch will be one of the first rocket launches from the base to be conducted by a smaller company. Most launches out of Vandenberg in the modern era have involved either Space X or United Launch Alliance.

The Alpha rocket has stood on its launch pad at Vandenberg since earlier this year.

On Aug. 18, Firefly successfully conducted a static fire test of the launch vehicle, firing its first stage engines for 15 seconds, according to a company tweet.

That paves the way for the rocket’s first launch attempt this week, according to the tweet.

Firefly has partnered with the blog Everyday Astronaut to livestream the event. That livestream can be viewed on its website, everydayastronaut.com.

The launch will likely be visible from around the Central Coast.