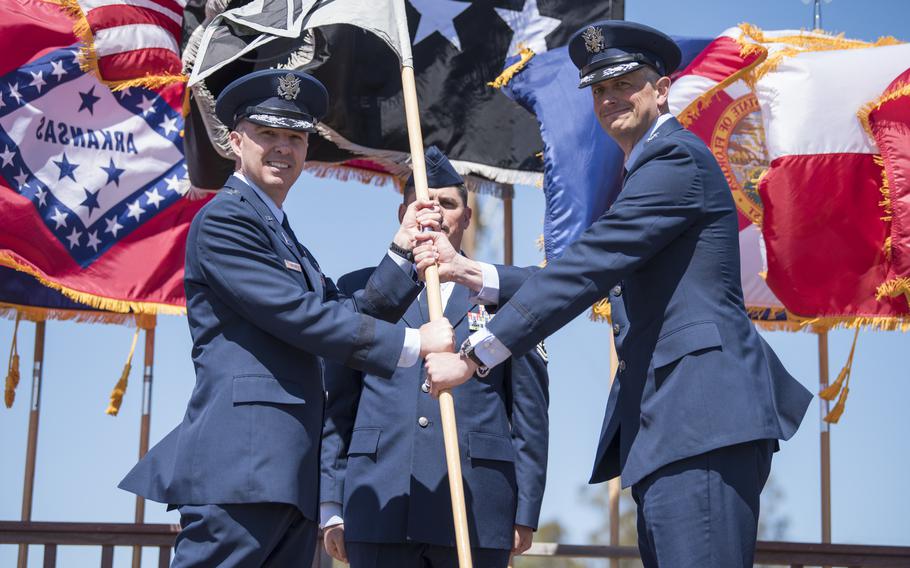 VANDENBERG SFB (Tribune News Service) — A change-of-command ceremony was held at Vandenberg Space Force Base parade grounds on Friday, with a new leader taking the reigns of a military unit that’s responsible for space launch and missile testing operations along the West Coast.

“It took an extraordinary amount of effort to transition Vandenberg, one of the department’s largest installations and 30th Space Wing, into Space Launch Delta 30, but your team made it look easy,” said Whiting, who gave credit to Mastalir for the base’s renaming to the Space Force. “In reality, even at the best of times large-scale organizational transformations are difficult. Add in the unique demands presented by a worldwide pandemic, and I think we can all agree that the accomplishments of Team Vandenberg are truly impressive.”

Prior to assuming command of Space Launch Delta 30, Long was the deputy commander of Space Delta 5, a unit that works with allied forces at the Combined Space Operations Center, where objects in space are monitored 24/7, and where data is gathered for the purposes of maintaining global awareness and making command and control decisions over space forces.

Initially joining the Air Force before the creation of the Space Force, Long graduated high school in Nebraska and graduated with a bachelor’s of science in electrical engineering from the University of Washington in 1997.

“It’s been a special place since I first drove through the front gate 23 years ago,” Long said. “To the men and women of Space Launch Delta 30, you are experts at generating and delivering combat power from this entral California outpost and you have my commitment to expend every ounce of energy making sure you have the tools to succeed.”

As the commander of Space Launch Delta 30, Long has responsibility over Vandenberg installation’s 118,000 acres and more than 11,000 military and civilian personnel, including contractors. Additionally, Vandenberg also houses several thousand family members of military personnel stationed at the base.

In addition to ushering in the Space Force on the Central Coast, Mastalir was at the forefront of the base’s response to the COVID-19 pandemic, keeping the community informed of base operations and leading the effort to promote the coronavirus vaccine in “Operation Fight Back.”

After leaving Vandenberg, Mastalir will deploy to Al Udeid Air Base in Qatar to begin the process of establishing the U.S. Space Force Central Command, according to base officials.

Mastalir recalled what it was like in the initial months of the coronavirus pandemic.

“I found myself signing a public health emergency declaration and unbelievably signing a directive stating that you cannot shake each other’s hands,” Mastalir said. “I vividly remember the rows of sewing machines lined up staffed by volunteers around the base. Anyone who knew how to sew active duty, civilians and dependents, it didn’t matter; and you came together and produced and distributed thousands of masks for our community, our base. When our supply channels were empty, we beat the pandemic because you chose to fight back.”