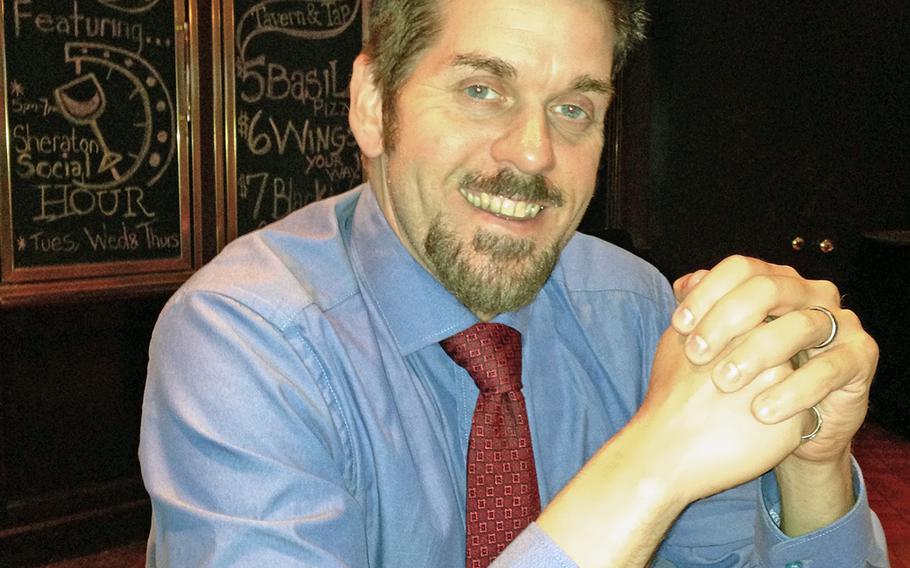 WASHINGTON — An atheist Navy chaplain candidate is going to court over the service’s rejection of his application.

Religion scholar and former youth minister Jason Heap filed suit Wednesday along with the organization backing him, the Humanist Society, alleging that the military unfairly passed him over earlier this year not because he lacked qualifications, but because he doesn’t believe in a traditional religion.

The lawsuit filed in U.S. District Court in Alexandria, Va., names as defendants Navy Secretary Ray Mabus, Secretary of Defense Chuck Hagel and a number of other Department of Defense and Navy personnel, including the current and former top Navy chaplains.

DOD officials said they could not comment on the pending litigation.

In addition to asking the court to recognize that Heap’s constitutional rights were violated, the lawsuit asks for his instatement as a Navy chaplain and the designation of the Humanist Society as the official endorsing agent for humanist chaplains.

Heap applied to become a chaplain in July 2013 and learned this spring that the Navy had declined his application without explanation.

According to the lawsuit, Navy officials were eager to enroll a chaplain with Heap’s educational background, which includes degrees from Texas Christian University and Oxford University. But when they discovered he was seeking to enter the chaplaincy as a humanist who believes in living an ethical life based on nonreligious principles, his application went off track amid political protests, the suit alleges.

Heap’s opponents in Congress and elsewhere ridicule the idea of chaplains who don’t follow a religion. “The notion of an atheist chaplain is nonsensical; it’s an oxymoron,” said Rep. John Fleming, R-La., sponsor of a 2013 amendment to block atheist chaplains.

With Republicans set to assume control of the Senate, Ron Crews, executive director of the Washington-based Chaplains Alliance for Religious Liberty told Stars and Stripes that he hopes the Senate will soon ratify similar language in the National Defense Authorization Act.

Appointing an atheistic humanist chaplain would turn the definition of the job on its head, Crews said.

“Historically, that word has meant someone who represents a spiritual, faith-based denomination and/or religious group, who provides ministry from a faith-based perspective to members of the armed forces,” he said. “That’s what chaplains have done since our founding in 1775. A humanist does not meet the criteria.”

But supporters say that humanist ethical beliefs are constitutionally equal to religious faith and that humanists deserve the same protections and privileges as other religious groups. Heap, the lawsuit contends “adheres to these beliefs with the strength and sincerity of traditionally recognized religious views.”

Additionally, they contend chaplains are key contacts for troops on a variety of personnel and quality-of-life matters, ranging from recreational activities to suicide prevention programs. They’re also among the only counselors who can speak to troops confidentially.

According to the lawsuit, 3.6 percent of the military identify themselves as humanists.

“As a result of the Navy’s decision to deny Dr. Heap’s application, there are no Humanist chaplains in the U.S. Navy or in any branch of the armed services,” the lawsuit said. “The absence of even a single Humanist chaplain impairs the religious exercise of Humanists in the Navy.”