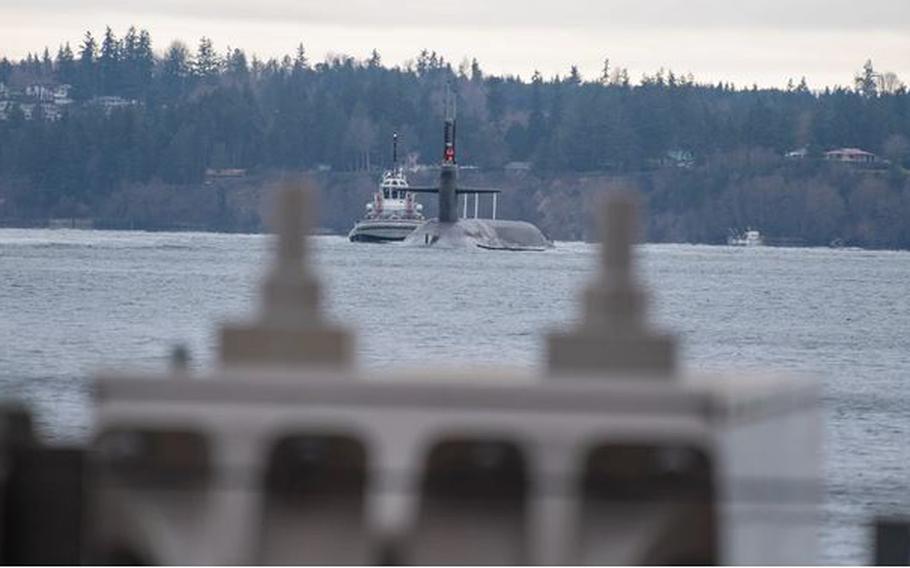 Three sailors were injured after the small Navy vessel they were operating struck a harbor security barrier and sank at Naval Base Kitsap-Bangor in Washington state, the service said Friday.

The collision happened within the security perimeter of the base at 7:20 p.m. Thursday, the Navy said in a Friday statement posted to the base’s official Facebook page.

The crew members made a distress call and were rescued from the water by another naval vessel. The sailors were taken to a local hospital with nonlife threatening injuries, according to the statement.

No other boats were involved. There were no indications of a fuel leak or other environmental impacts, but base personnel were monitoring the situation and determining how to recover the boat, the Navy said.

The incident is under investigation, the service said.

Located in northwest Washington near Bremerton, Naval Base Kitsap-Bangor is one of the Navy’s largest bases in the U.S., serving as homeport to two Nimitz-class aircraft carriers and several submarines, according to the base’s website.