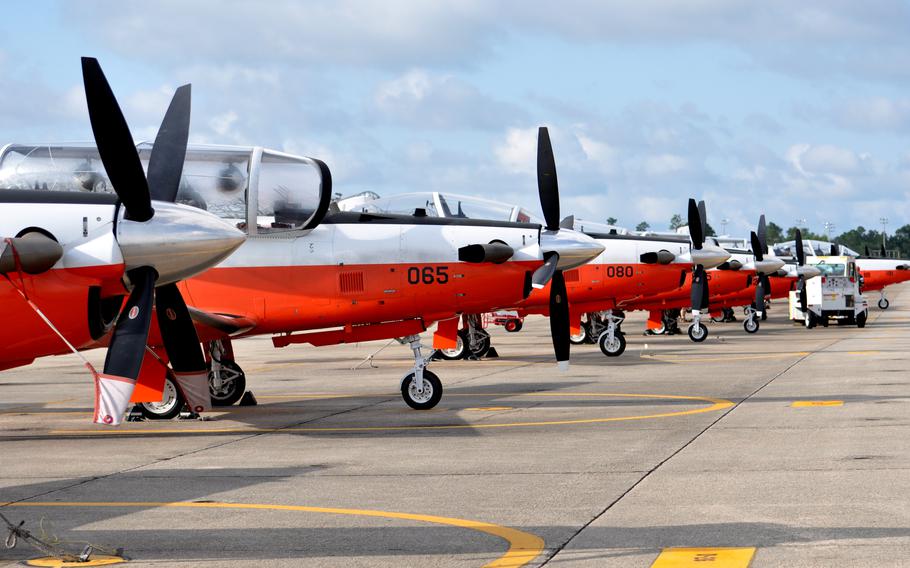 Two Navy pilots were treated for possible injuries Tuesday after ejecting from a training aircraft that crashed in southeastern Alabama.

The pilots ejected from a T-6B Texan II, a fixed-wing training aircraft, at about 10:50 a.m. The aircraft was assigned to Training Air Wing 5 at Naval Air Station Whiting Field, Fla., and crashed near Barin Naval Outlying Field near the town of Foley, Ala., according to Julie Ziegenhorn, spokeswoman for Whiting Field.

The two locations are about 60 miles apart.

Medical personnel were treating the pilots to assess potential injuries, she said. No other injuries were reported.

The cause of the incident is under investigation, Ziegenhorn said.