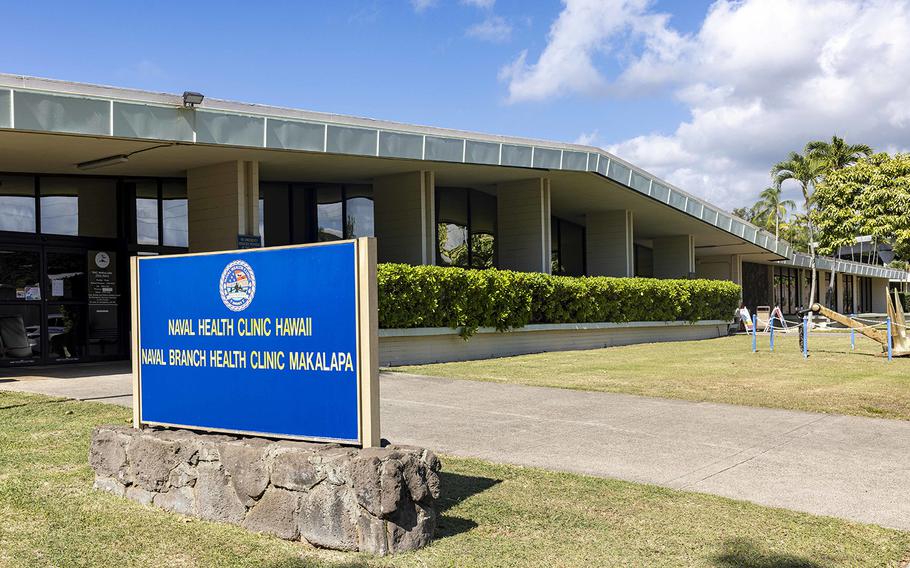 (Tribune News Service) — Military families had been told by the Defense Health Agency Region Indo-Pacific that they could begin booking appointments Tuesday by calling the TRICARE Nurse Advice Line and that appointments would be scheduled starting Jan. 3.

Tracey Contreras, a military spouse, was hopeful when the military announced earlier this month that it was finally launching a Red Hill health clinic to assist people who have experienced ongoing health problems following 2021’s fuel contamination of the drinking water system serving Joint Base Pearl Harbor-Hickam and surrounding neighborhoods.

Contreras, who lives in Earhart Village with her husband, says she’s experienced a litany of health issues over the past year, including skin, bladder, digestive and dental problems, headaches and hair loss that she believes are tied to being exposed to jet fuel in her water. So when she heard that there would be a new clinic providing speciality care for people like her, she was among the first to call the hotline this week to make an appointment.

Contreras said she called the number three or four times, but after being put on hold, the call would disconnect. She estimates that she spent about an hour trying to get through before giving up for the day.

Other military families have shared similar experiences in social media groups and with the Honolulu Star-Advertiser. One military spouse, who asked that she be identified by only Molly, her nickname, said she was able to make an appointment but that it took her about two hours and speaking to five or six different people.

Molly said that she had to detail her health history dating back years, well before the water contamination problems. “I’m calling literally just to make an appointment, “ she said.

She was initially given an appointment for 8 :30 a.m. Dec. 28. She had to explain that the Red Hill clinic didn’t launch until Jan. 3.

Molly said that she needs appointments for her four children as well, but was told that she would have to go through the laborious process for each one. She says one of her children has had a low white blood count for the past six months. Molly says she and her other children have struggled with gastrointestinal issues, migraines, feelings of pins and needles, and balance issues.

In addition to problems making appointments, military families have reported being told that active-duty military members can’t be seen at the Red Hill clinic, which contradicts what the Defense Health Agency said in its news release announcing the launch of the clinic. The agency, in a Dec. 15 release, said that the clinic would be available to patients enrolled in the Defense Enrollment Eligibility Reporting System, a database of military members and their dependents, as well as other defense employees who are entitled to TRICARE military health benefits.

Some military families say they were also told that the clinic is available only to those with a TRICARE Prime health plan, not TRICARE Select.

“There are a lot of people who over the course of this crisis have switched to Select so that they can be seen off base. But they are paying extra money out of pocket, “ said Army Maj. Mandy Feindt, who lived in Hawaii during the water contamination emergency. “And now it’s like, God, they keep getting hit with crappy news.”

Feindt has since moved to Colorado with her family, and she says they have continued to suffer from health problems tied to the Red Hill water contamination. She’s become a vocal advocate for military families, dozens of which, including hers, are now suing the military.

“I truly believe those put in charge of this clinic have good intention, but I also know they are operating with their hands tied behind their back and hamstrung in bureaucracy, “ said Feindt, who criticized the Department of Defense for not providing needed funding and resources to address the medical needs.

The Red Hill clinic is set to operate out of Naval Health Clinic Hawaii’s Branch Health Clinic—Makalapa, located on Joint Base Pearl Harbor-Hickam, once appointments begin in January. The clinic is supposed to offer primary care appointments and expedited referrals to specialty care providers, according to the Defense Health Agency.

The clinic doesn’t have a dedicated phone number. Rather, patients have been instructed to call the national TRICARE Nurse Advice Line. That line provides options for obtaining information about a wide variety of health care issues, including billing, claims, referrals, prescription refills and lab results. There is no automated option for making an appointment at the Red Hill clinic, which military families says ads to the confusion.

Whitney Trimble, chief of public affairs for Defense Health Agency Region Indo-Pacific, told the Star-Advertiser this week that callers seeking to make an appointment at the clinic should choose the “dial 1 “ option, which the automated system says is for patients with an urgent medical condition and who want to speak to a nurse.

Trimble acknowledged that there had been problems with the scheduling system.

“We did experience a significantly increased volume in calls as patients are wanting to book within the Red Hill clinic, so there may be a wait time, or some patients are experiencing a busy tone when trying to contact the nurse advice line, “ she said.

Trimble, who said she was on vacation this week, did not respond to follow-up questions about the additional concerns raised by military families.