Hearing gunshots? Connecticut submarine base to fire blanks during training 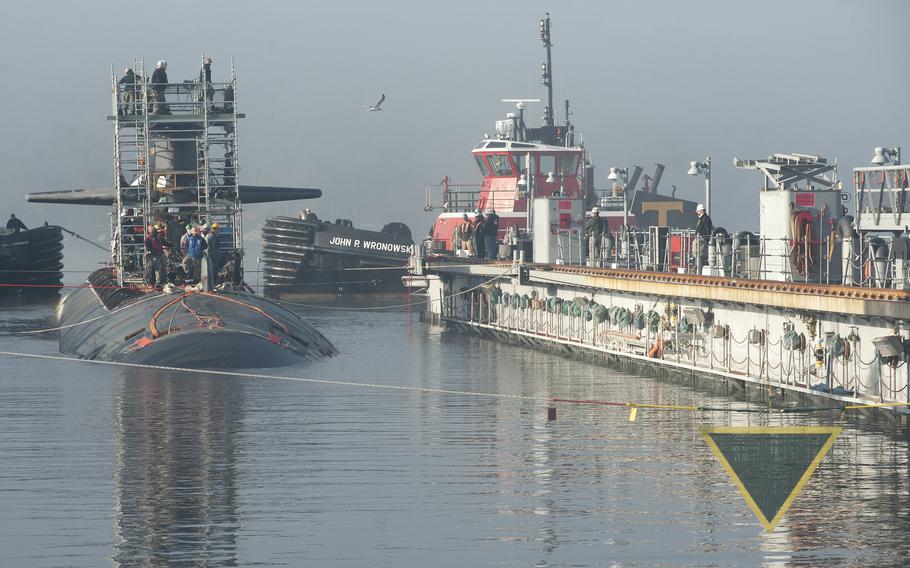 GROTON, Conn. (Tribune News Service) — Personnel at the Naval Submarine Base will conduct various security drills this week along the base’s waterfront on the Thames River, which will include the firing of automatic weapons with blanks, the Navy New London Public Affairs Office announced Monday.

Training Officer Dave Cruz said in a media release that if neighbors or base personnel hear gunfire or something else concerning at another time, “then they should report it immediately for the proper authorities to investigate.”

He added that the Navy has extensively coordinated with the U.S. Coast Guard and local law enforcement for the training.

“This regularly-scheduled training will continue to enhance the readiness of Naval Security Forces to respond to threats to the base and its homeported submarines,” the Navy said in the news release. “Drills will involve Naval Security Force boats and simulated aggressor boats.”

Visit The Day at www.theday.com