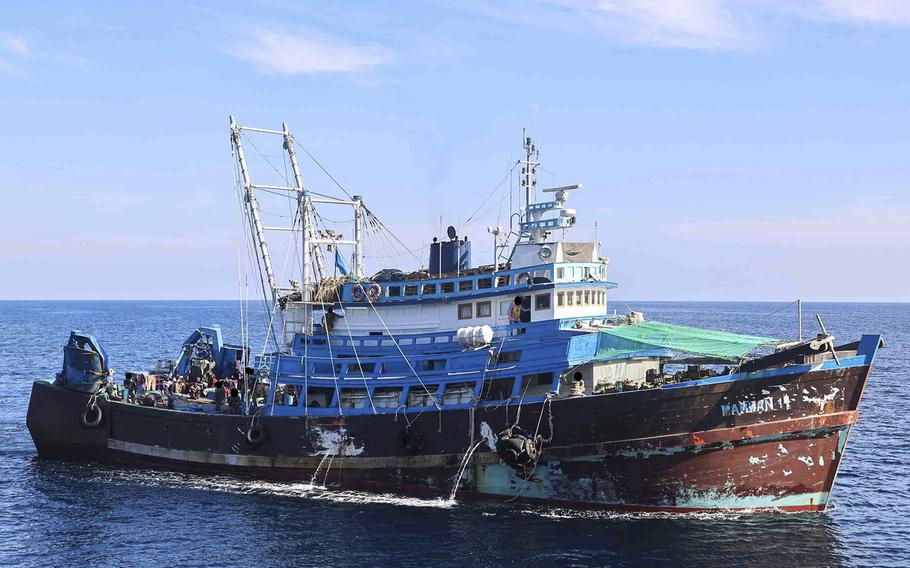 The U.S. Navy released photos of a fishing trawler it says carried more than 50 tons of ammunition rounds, fuses and propellants for rockets when it was boarded Dec. 1., 2022 in the Gulf of Oman. (U.S. Navy 5th Fleet)

Iran is being accused of continued “unlawful transfer of lethal aid” after the U.S. 5th Fleet says it seized more than 50 tons of ammunition rounds, fuses and propellants for rockets from a fishing trawler in the Gulf of Oman.

Sailors from the sea mobile base USS Lewis B. Puller intercepted the stateless vessel in the Gulf of Oman on Thursday along a maritime route from Iran to Yemen, the Naval Forces Central Command said in a statement Saturday.

Saturday marked the second declared weapons seizure by the U.S. within a month. The Navy destroyer USS The Sullivans and the Coast Guard cutter John Scheuerman boarded a fishing vessel Nov. 8 that the 5th Fleet said had more than 170 tons of potentially explosive chemicals.

In both cases, the Navy said the boats were found on a route historically used to traffic weapons to the Houthi militant group in Yemen. 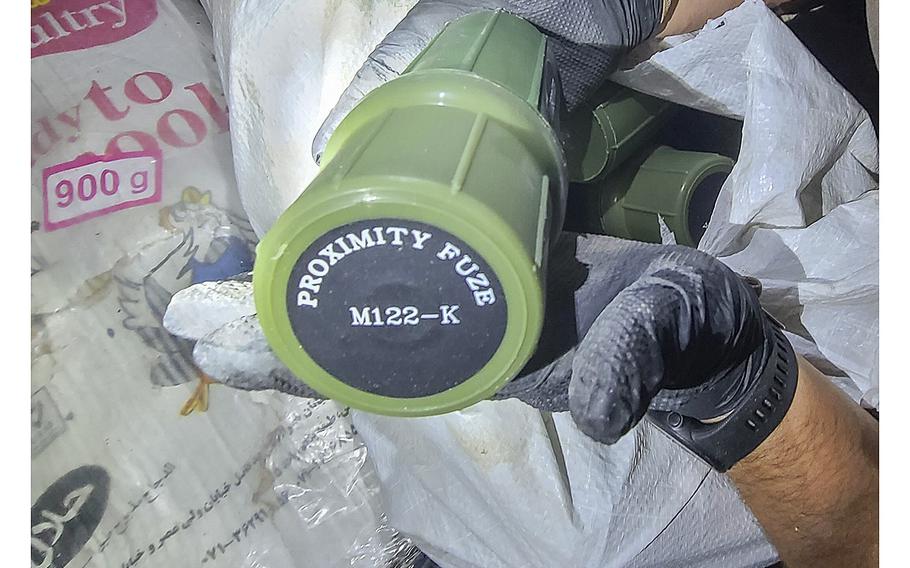 The U.S. Navy released photos of a proximity fuse it says was seized from a fishing trawler Dec. 1., 2022 in the Gulf of Oman. (U.S. Navy 5th Fleet) 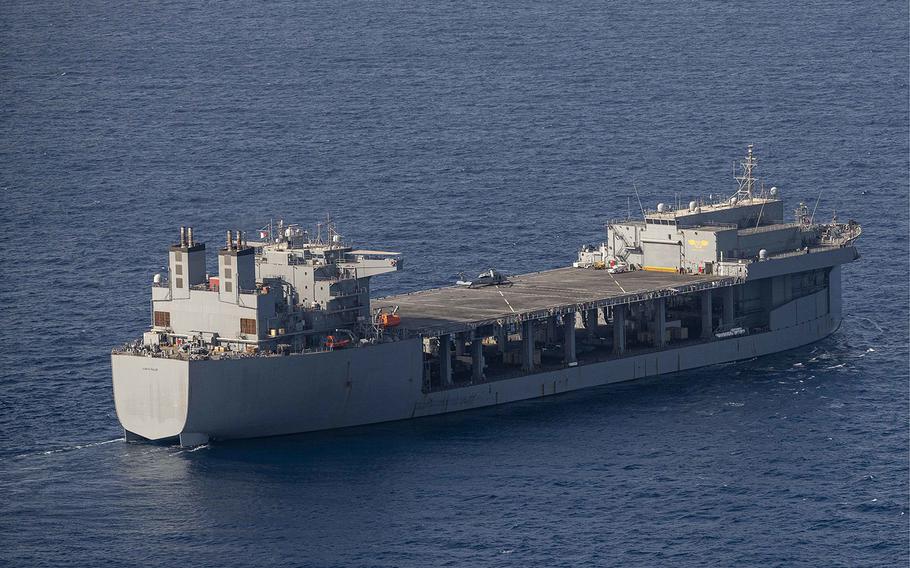 The Navy says personnel from expeditionary sea base USS Lewis B. Puller (ESB 3) discovered illicit cargo on a stateless fishing vessel in the Gulf of Oman on Dec. 1, 2022. (U.S. Navy 5th Fleet) 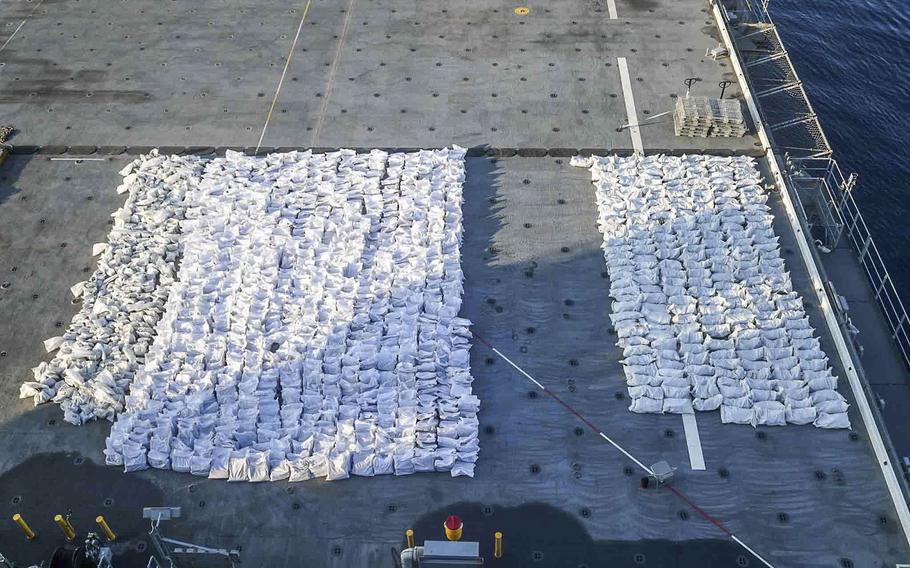 The U.S. Navy released photos of bags it says contain more than 50 tons of fuses and propellants for rockets and ammunition rounds seized from a fishing trawler Dec. 1., 2022 in the Gulf of Oman. (U.S. Navy 5th Fleet)

Experts say Iran and Middle East allies of the U.S. are locked in a cold war of armed proxy groups and covert attacks.

Iran has been accused of transferring rifles, rocket-propelled grenades and missiles to Houthi rebels in Yemen despite a United Nations arms embargo.

And the U.S. says that militant attacks have increased in recent years in the busy shipping lanes of the Middle East, and that the number of weapons seized from ships tripled in the last year.

Both vessels were checked as part of “flag verification boarding.” International law generally allows the boarding of potentially stateless vessels to check if they are registered under any country’s flag.