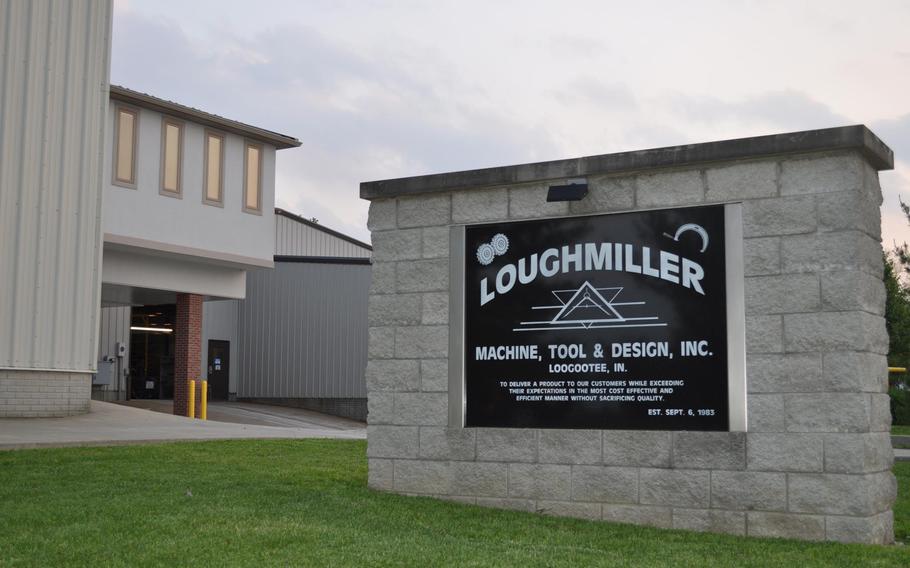 Loughmiller Machine Tool and Design in Loogootee, Ind., was awarded a contract to build radar arrays for the Navy. The arrays are part of a three-dimensional radar system that detects both high altitude missiles and low flying aircraft. (Loughmiller Machine, Tool, & Design/Facebook)

LOOGOOTEE, Ind. (Tribune News Service) — A Loogootee business has landed a $10 million contract with the Navy. Loughmiller Machine Tool and Design was awarded the contract to build radar arrays for the Navy. The arrays are part of a three-dimensional radar system that detects both high altitude missiles and low flying aircraft.

“It’s good news. It’s a contract that we had before and it is a continuation of that. It’s not a brand-new contract,” said Pam Loughmiller, who along with her husband Jason, owns the company. “It’s not going to mean a lot of changes this time. The contract we received for this four years ago did result in an expansion.”

Getting a second contract for the radar work will still be positive for the business and the people who work there.

"It's still great. That contract will let us keep the people working and the building where we do that work occupied," said Pam Loughmiller.

The small company has five people who work solely on the radar project and the contract runs through 2027.

Loughmiller says that the second contract for the radar work means that the business is meeting the demands of the Navy.

"There are a lot of different radar systems on ships. This particular contract is for the arrays that are on a SPS 48 antenna," she said. "It's a matter of showing you can do the work, improving the product and proving you can deliver. That has given us a seat at the table for that type of work."