A San Diego neighborhood was built over a Navy fuel pipeline; now the service wants to move it 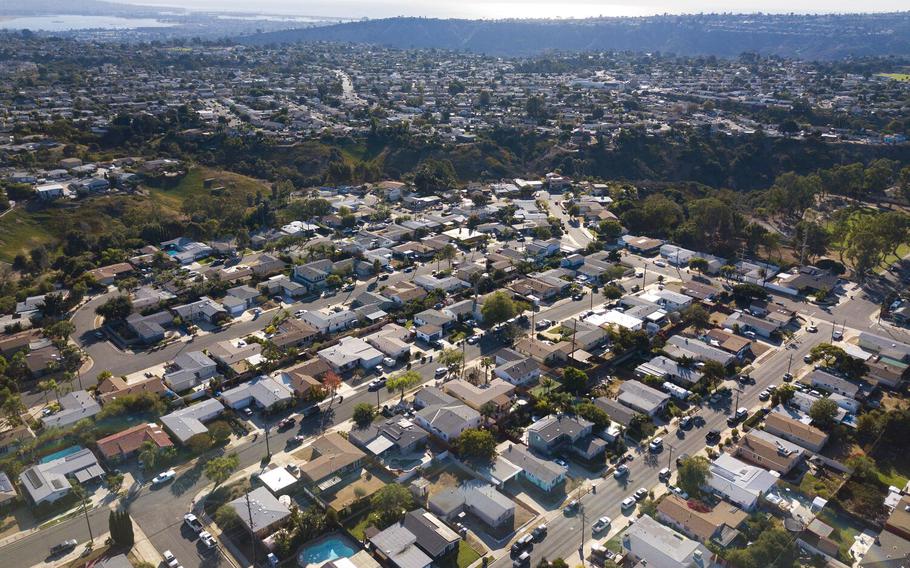 (Tribune News Service) — Parts of a Clairemont neighborhood were built atop a key strategic Navy fuel pipeline, and now the service is planning to move it from underneath homes, a school and a church, according to Navy records.

The pipeline connects Naval Base Point Loma to Marine Corps Air Station Miramar and is used to transport jet and diesel fuel between the bases, the Navy said.

The 17-mile long, 8-inch pipeline was built in 1954 just as Clairemont was being developed as part of the post-World War II suburban housing boom. The Navy was granted easements by the city to build the pipeline. However, over the decades residential development has encroached on the those easements, the service said.

Helen Haase, a Naval Base Point Loma spokesperson, said the encroachments were only discovered in 2011.

"We coordinate regularly and frequently with stakeholders to communicate our mission needs, but urban development can be widespread and challenging to monitor and restrict," she said.

This is a problem, the Navy says, because it can't access the pipeline to conduct inspections or make repairs.

The pipeline passes directly under a house on Cannington Drive near Interstate 805 before passing under parts of several other homes and a Mormon church on Mount Abernathy Avenue. It then follows Mount Abernathy and Balboa avenues before turning south on Genesee Avenue and cutting underneath the north end of the High Tech High School campus.

The Navy wants to build new sections of pipeline cutting off the sections between Cannington and Mount Abernathy and under High Tech High School, according to an environmental assessment released Monday.

The Navy's proposed plan is to re-route the pipeline northwest at Cannington then south under Mount Abernathy to bypass the neighborhood. At High Tech High School, it proposes to re-route it west under Mount Alifan Drive reconnecting with the original pipeline under Mount Acadia Boulevard.

"The proposed action would address major encroachments at High Tech High and the Cannington Drive areas by constructing new underground pipeline segments within the City of San Diego right-of-way, away and out from under school, church, and residential properties," said Helen Haase, a Naval Base Point Loma spokesperson, in an email.

The pipeline doesn't present a hazard to the neighborhood currently, the Navy said in its report, but a 2018 internal pipeline inspection found several "anomalies" in the vicinity of the High Tech High School and Cannington Drive encroachments. However, none of them exceed acceptable limits, according to the report.

Another section of the pipeline was relocated in 2018 due to encroachments in Point Loma along the La Playa waterfront, Haase said.

The pipeline operates 10 to 12 hours per day, six day per week, the Navy said. The Navy anticipates starting construction during the summer of 2024 and expects it to last about six months.