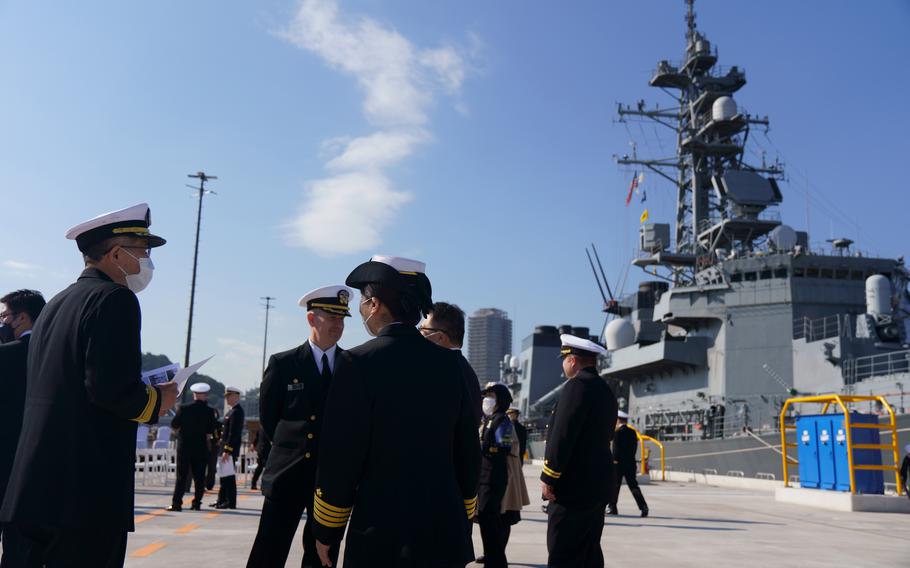 YOKOSUKA NAVAL BASE, Japan – The largest U.S. naval base in Japan grew a little larger Friday with the completion of a $128 million pier that expands the base’s ship capacity, maintenance capabilities and its ability to host next-generation warships.

Located in Truman Bay in the southwest quadrant of Yokosuka Naval Base, the newly constructed Pier 5 supports up to three ships at a time and is the first small pier in Japan capable of supporting Zumwalt-class guided-missile destroyers, Cmdr. Tyler Scharar told Stars and Stripes on Friday.

The newest pier at the homeport of the U.S. 7th Fleet features 480-volt connections for Ticonderoga-class cruisers and Arleigh Burke-class destroyers, Scharar said, but it also has 4,160-volt connections for Zumwalt-class ships. Outside of Yokosuka, the only piers capable of supporting that type of connection are larger piers that accommodate aircraft carriers. 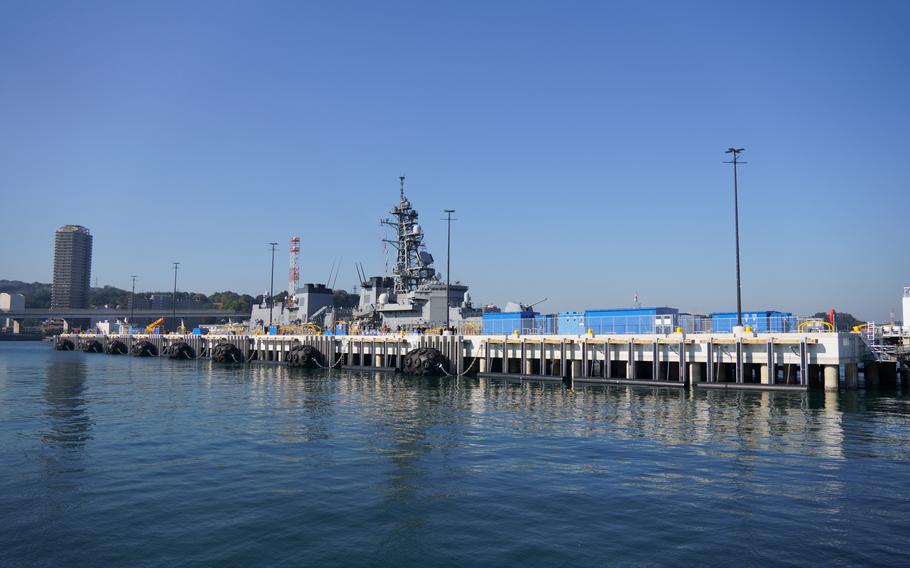 Pier 5, which can support up to three ships simultaneously, was officially opened at Yokosuka Naval Base, Japan, on Nov. 18, 2022. (Akifumi Ishikawa/Stars and Strip) 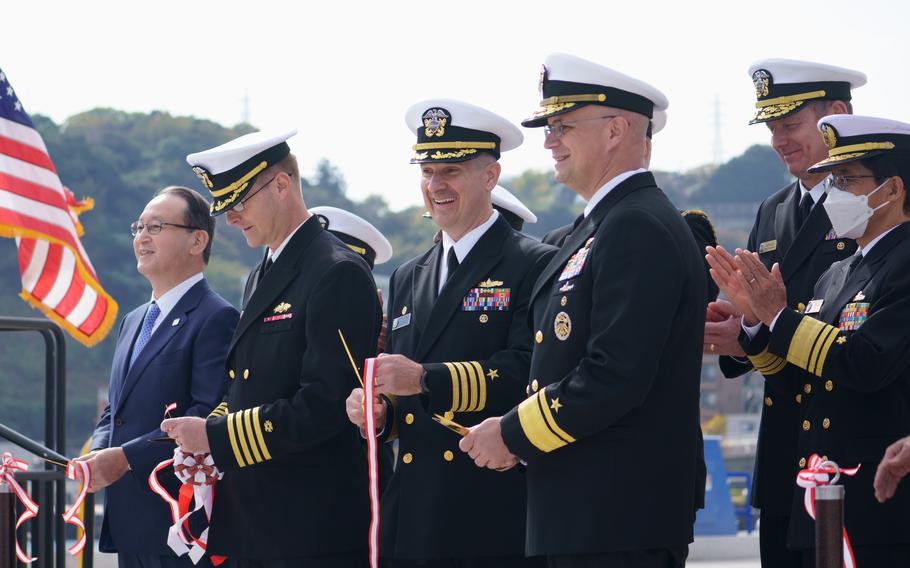 Construction on the pier began shortly after Congress allocated funds in 2020. Naval Facilities Engineering Systems Command Far East teamed up with Penta-Ocean Construction Co., based in Tokyo, on the project.

The pier replaces a 70-year-old floating pier that was demolished in 2019, largely due to its inability to support crane operations or ship repairs.

“Today marks a historic moment in this installation’s waterfront history,” Lahti said during the ceremony. “After two years of hard work across multiple commands and echelons in the Navy, we are now opening the new Pier 5. This Pier 5 represents a $128 million commitment by government of the United States and the U.S.-Japan alliance.”

At 675 feet long and 115 feet wide, the pier is nearly twice the size of its predecessor, Lahti said in the ceremony, and will provide services for “our Navy’s most advanced, 21st-century surface combatants, and those of our partners and allies.”

In addition to in-port power, water and air connections, Pier 5 was also built with several “advanced design features,” Scharar told Stars and Stripes after the ceremony. Those include a higher capacity for sea level rise, the ability to support a 140-ton mobile crane and a 75-year design, rather than the standard 50-year design.

Docked alongside Pier 5 on Friday was the Japanese guided-missile destroyer JS Onami, the first ship serviced at the pier, which Lahti described as a symbolic representation of the relationship between the U.S. and Japan.

“I can think of no greater way to demonstrate the United States-Japan alliance than opening a new pier built by the United States with the first ship being from our closest ally in the Western Pacific,” he said in the ceremony.