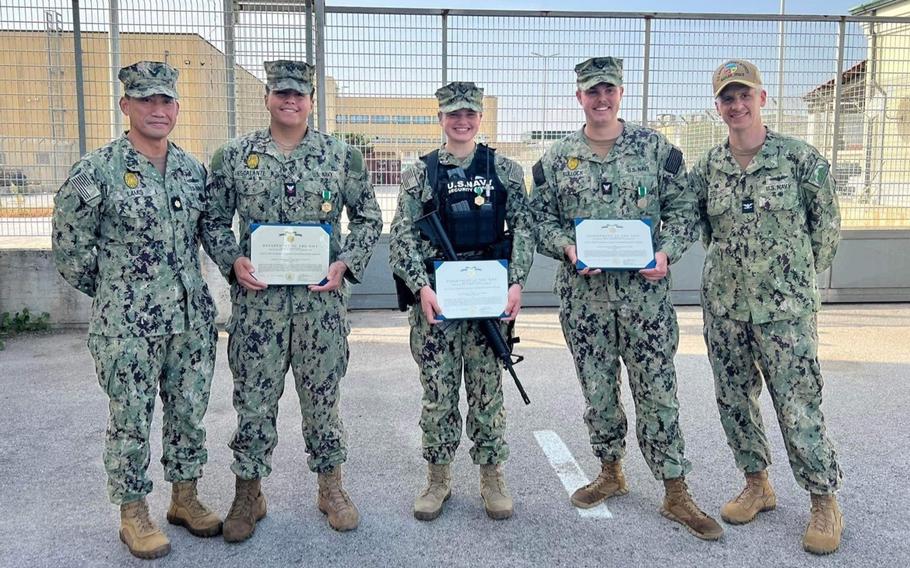 Three Navy sailors have received commendation medals for saving a man’s life after an accident at a U.S. military base in Italy, officials said Tuesday.

The sailors were performing routine duties and preparing for training at Naval Support Activity Naples two weeks ago when a man who’d been tying down a forklift fell off a truck and injured his head.

“The first thing I thought when he fell was to get out of our [vehicle] and see if he was OK,” Bullock said in a statement.

“I saw his eyes roll to the back of his head, he wasn’t breathing and he started to turn purple,” Escalante added. “I started administering CPR.”

Navy officials said one of the men continued CPR and chest compressions while the other went to call for help. A short time later, the injured man regained consciousness and started breathing.

All three sailors were awarded the Navy and Marine Corps Commendation Medal on Tuesday.

“These sailors embody the courage the Navy looks for in our fighting force," Capt. James Stewart, the base’s commanding officer, said in a statement. "You never know when the call to action comes. It could be on a carrier in hostile waters or as you're driving down your home street. For that, I am proud for their performance and it was an honor to award them for their efforts."

Naval Support Activity Naples is home to U.S. Naval Forces Europe and the Sixth Fleet. It’s located in southwestern Italy on the coast of the Tyrrhenian Sea. Built in 1951, the complex is used by U.S. forces but is technically under Italian military control.