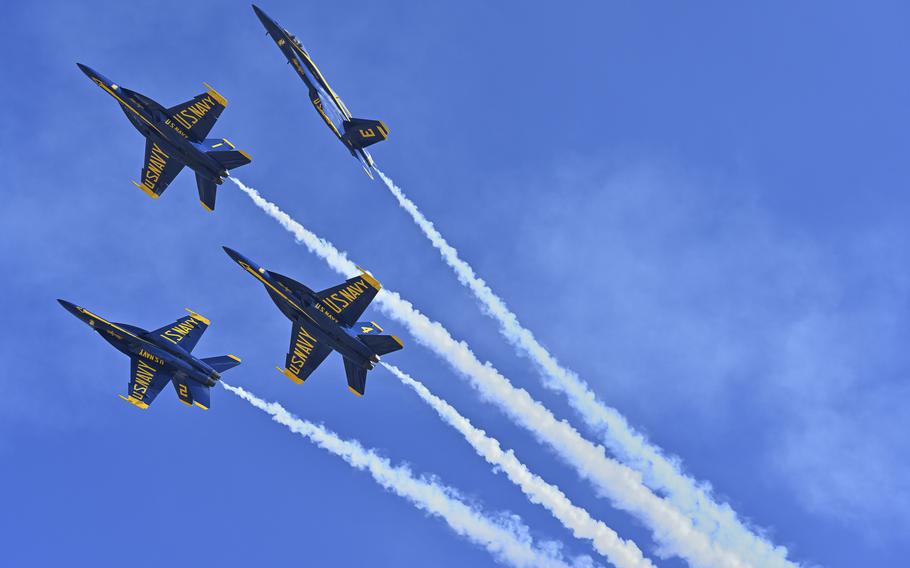 MILLINGTON, Tenn. (Tribune News Service) — The U.S. Navy is preparing to bring a Navy Week to Atlanta during the week of Oct. 31-Nov. 6.

Atlanta Navy Week brings sailors from across the fleet to the area to emphasize the importance of the Navy to Atlanta, the state of Georgia and the nation. The week will conclude with a two-day performance by the Navy Flight Demonstration Team, the Blue Angels, at the Atlanta Air Show.

More than 50 sailors will participate in education and community outreach events throughout the city and surrounding areas. All participating commands will follow DOD, CDC, state, and local guidelines for safety during the current pandemic.

“I’m honored to represent the Navy and happy to return to Fort Valley,” Holsey said. “This community shaped my life and prepared me for embarking on my naval career more than 34 years ago. It’s a privilege to give back to this community, and all of Georgia, by providing an opportunity for all Georgians to learn more about their Navy.”

Navy Weeks are a series of outreach events coordinated by the Navy Office of Community Outreach designed to give Americans an opportunity to learn about the Navy, its people, and its importance to national security and prosperity. Since 2005, the Navy Week program has served as the Navy’s flagship outreach effort into areas of the country without a significant Navy presence, providing the public a firsthand look at why the Navy matters to cities like Atlanta.

“My journey started at Peach County High School, and I could not be prouder to be here representing the Navy and sharing how the Navy has profoundly impacted me,” Holsey added.

Atlanta Navy Week is the final Navy Week of 2022, which brings a variety of assets, equipment, and personnel to a single city for a weeklong series of engagements designed to bring America’s Navy closer to the people it protects. Each year, the program reaches more than 140 million people — about half the U.S. population.

“We are excited to bring the Navy Week program to Atlanta,” NAVCO’s director, Cmdr. Anthony Falvo, said. “Seapower and America’s Navy are more important now than ever before. The U.S. Navy remains our nation’s most powerful instrument of military influence, and Navy Weeks allow us to showcase how the Navy serves America at sea, in the air and ashore.”