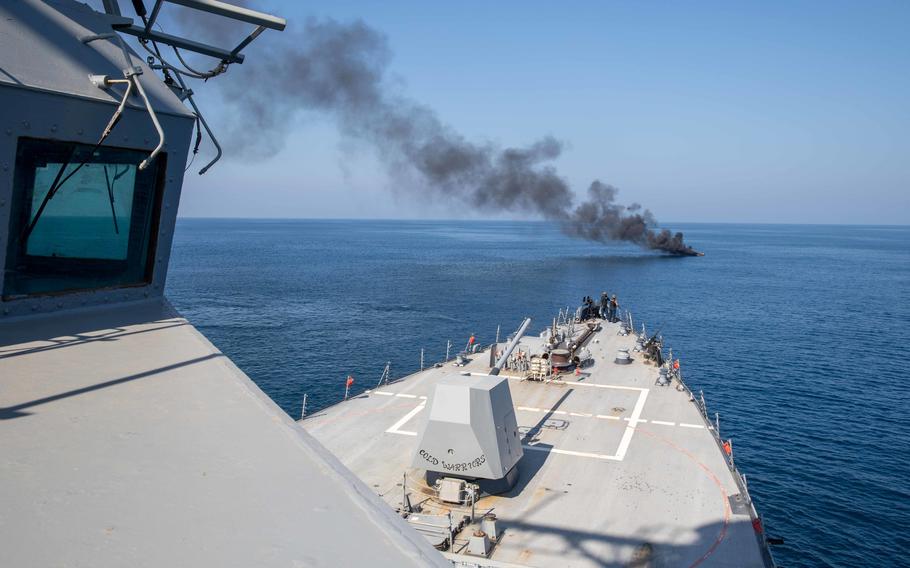 The destroyer USS Nitze approaches a burning motorboat in the Gulf of Aden on Oct. 26, 2022. Sailors rescued three people from the vessel before it sank. (Cryton Vandiesal/U.S. Navy)

NAPLES, Italy — American sailors from two Navy ships rescued a trio of Yemeni nationals from a burning motorboat moments before it sank in the Gulf of Aden this week, the service said Thursday in a statement.

One man required medical attention but was stable when he and the other two civilians were transferred to Yemen’s coast guard, said Cmdr. Tim Hawkins, a spokesman for the command and 5th Fleet. 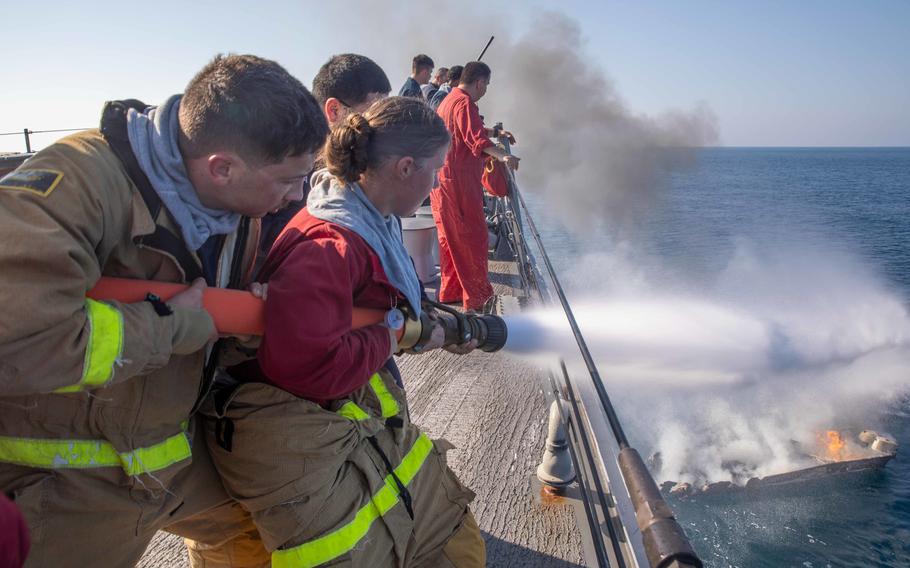 Sailors aboard the USS Nitze put out a fire on a motorboat in the Gulf of Aden on Oct. 26, 2022. They rescued three people from the craft before it sank. (Cryton Vandiesal/U.S. Navy)

The rescue took place about 50 miles off the coast of Yemen, the Navy said.

Homeported at Naval Station Norfolk in Virginia, Nitze began operating in the Middle East this summer, the Navy said. The ship is part of the George H.W. Bush Carrier Strike Group, which deployed to the Mediterranean Sea in August.

Monsoon is forward-deployed to U.S. 5th Fleet and operates from Bahrain, according to the statement.