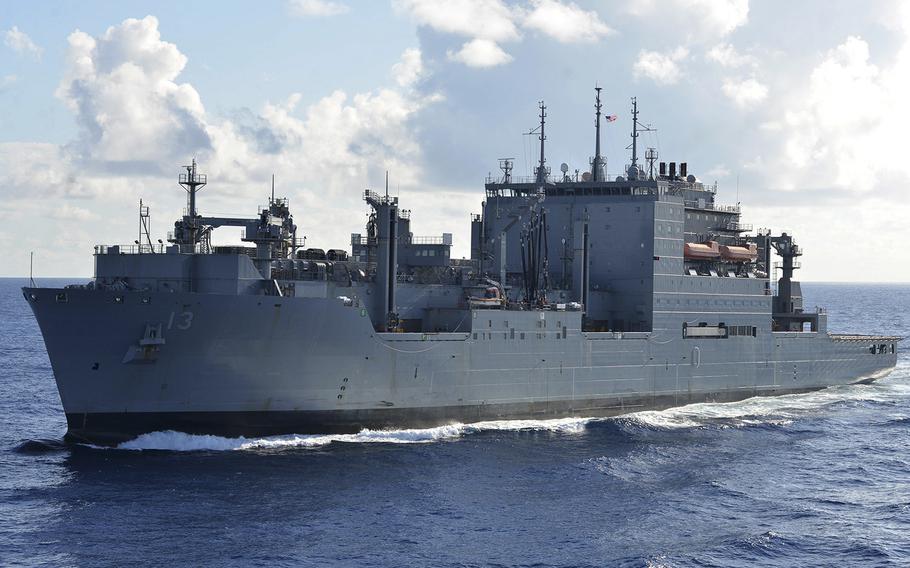 The Lewis and Clark-class dry cargo and ammunition ship USNS Medgar Evers (T-AKE-13), sails through the Atlantic on Sept. 21, 2016. The Navy and Coast Guard have suspended searches for a mariner who disappeared from the ship on Wednesday, Sept. 28, 2022. (Anastasia McCarroll/U.S. Navy)

(Tribune News Service) — The search for a civil service mariner has been suspended after he disappeared from a Norfolk-based cargo ship off the coast of Virginia.

The 37-hour search for Charles Lee Reese, of Mississippi, was called off Thursday afternoon.

Reese was reported missing from USNS Medgar Evers Wednesday around 10:30 a.m., said LaShawn Sykes, a spokesperson for Military Sealift Command. The ship was off the coast of Virginia when the mariner was discovered to be missing.

Search and rescue crews from the Coast Guard and the Navy covered approximately 1,500-square nautical miles off the coast of southeastern Virginia and northeastern North Carolina.

“We diligently searched the vast area by air and sea but unfortunately were unable to locate the victim. Our sincere thoughts and prayers are with the family of the missing man, as well as our U.S. Navy partners during this trying time,” said Commander Robert Gomez, Deputy Sector Commander for Coast Guard Sector North Carolina.

Reese reported to Medgar Evers in August. The circumstances of his disappearance are under investigation.