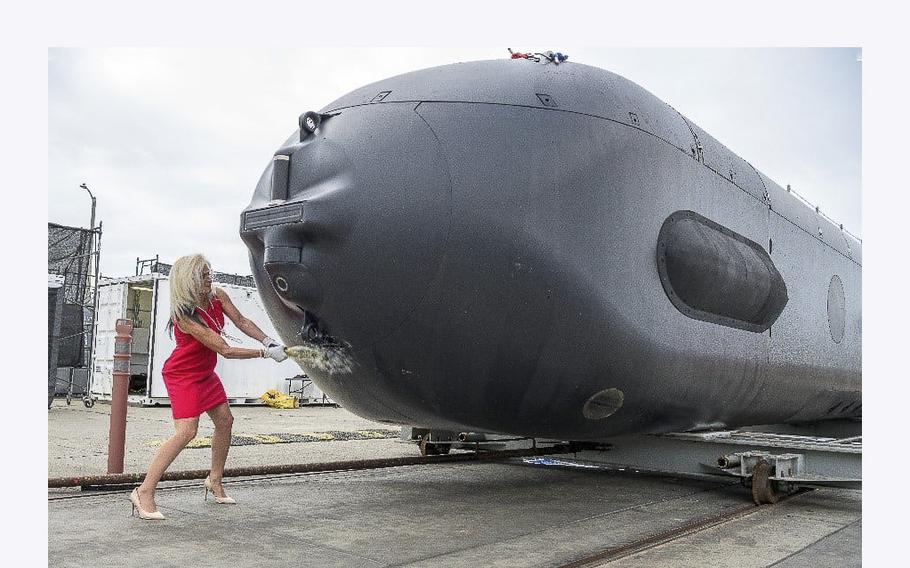 Orca, the U.S. Navy's mine-laying drone, is running at least three years late and 64% over original cost estimates because the service failed to determine if aerospace giant Boeing had the skills needed to build the seagoing vessel, according to congressional auditors.

"These cost overruns and schedule delays are attributable, in part, to the Navy's decision to not require the contractor to demonstrate its readiness to fabricate the prototype, as called for by leading acquisition practices," the Government Accountability Office said in a report released Wednesday.

What was planned as a $379 million project to produce 70-ton drones the size of a subway car is now at least a $621 million effort, with $504 million already spent, the GAO said. Although a contract called for the first of five vessels to be delivered in December 2020 and the rest by this December, Boeing and the Navy now "expect the contractor to complete and deliver all five vehicles between February and June 2024."

The delay was reported by Bloomberg News in June.

Boeing "did not demonstrate its readiness to fabricate" the extra-large drone "because it was not required to do so" as the Navy sought "to field the vehicles quickly," the GAO said. The Navy determined that Orca "was critical to fulfilling an emergent need," but the service "did not develop a sound business case, including cost and schedule estimates, to ensure that it could deliver the vehicles quickly to the fleet," GAO said.

Investors are growing more concerned about Boeing's struggles to fulfill military contracts, especially given the billions of dollars in charges the company has recorded for cost overruns on programs such as the KC-46 aerial refueling tanker and new Air Force One.

"The commercial aircraft side of Boeing continues to garner the most attention, but we are actually more concerned about the financial risk from the swathe of fixed-price development contracts in Boeing Defense," Vertical Research Partners analyst Robert Stallard said in a client note before the GAO report was published. Boeing faces a "risk of significant additional charges," he said.

Boeing beat out aerospace rival Lockheed Martin Corp. for the project in February 2019. Delays followed as Boeing "struggled to fabricate" the Orca, which had key differences from an earlier prototype, the GAO said. "Navy officials acknowledged that the contract's" $281.5 million "ceiling price would likely be exceeded," the auditors said, meaning Boeing is likely to absorb contract overruns.

According to Boeing, once it won the contact "to meet the Navy's requirements, it had to revise the design for critical components, update subcontractor cost proposals for major sections such as the hull, pressure vessels and battery and alter manufacturing processes to account for the differences with Echo Voyager," the prototype, the GAO said. In a June statement, Boeing also cited the uncertainties in developing "new, advanced technology" and Covid-related impacts in setting up production.

Frederick Stefany, a deputy assistant Navy secretary, said in brief remarks in the report that "based on performance to date, the Navy is collecting all cost, schedule and capability data to inform our assessment of contractor-proposed cost and schedules going forward and to inform consideration of potential trade-offs."