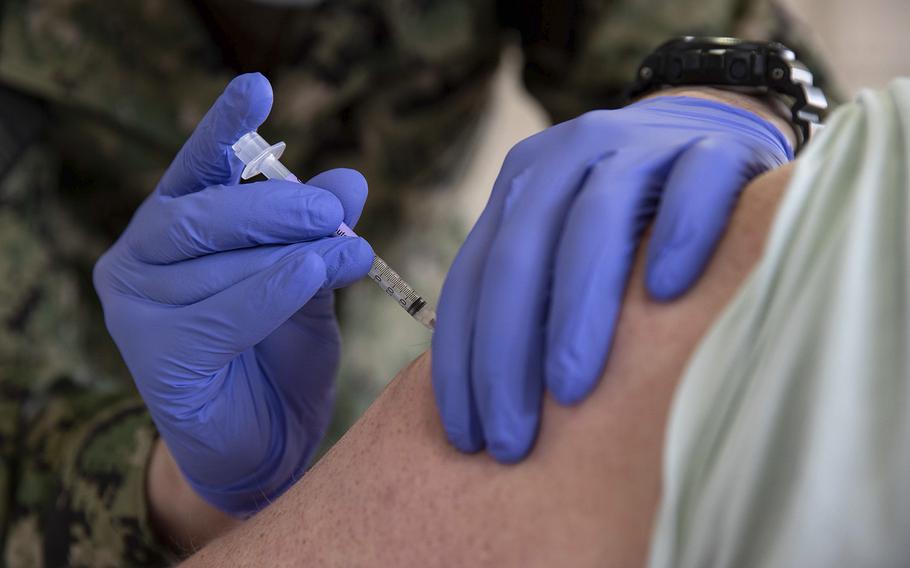 "We are asking the court to recognize the religious liberties these sailors enjoy in their decision not to get vaccinated," Morrisey said in a prepared statement. "These brave men and women routinely put their lives on the line, and we should trust in their individual decisions — and not rely on unlawful mandates from this administration."

Morrisey said a federal judge in Texas issued a preliminary injunction in January barring the Navy from considering vaccination status of the sailors who sued in making deployment, assignment and other operational decisions. Then in March, the U.S. Supreme Court stayed that injunction pending disposition of the appeal in the United States Court of Appeals for the Fifth Circuit.

The Biden administration is asking the court to give the military extraordinary deference in its decision to direct compliance with the vaccine mandate, even overriding fundamental freedoms, according to Morrisey. He says the attorneys general argue that states have managed to balance fundamental freedoms and sensitive state interests during the COVID-19 pandemic and that the words and actions of the administration have demonstrated that its demand for deference be met with skepticism.

"Deference to military authorities makes sense when those authorities' judgments reflect trustworthy, non-political assessments of sensitive matters within their unique expertise," according to the amicus brief. "But policymakers can, through their actions, erode those assumptions and the deference that might otherwise be due."

According to U.S. Department of Defense data, of 105,277 reported COVID cases within the U.S. Navy, only 17 deaths and one hospitalization have occurred. Yet only 47 religious accommodation requests have been approved and 4,251 requests remain pending, according to the attorney general's office.

Morrisey said all 47 of the approvals occurred after this case was filed and met with criticism from the federal judiciary.