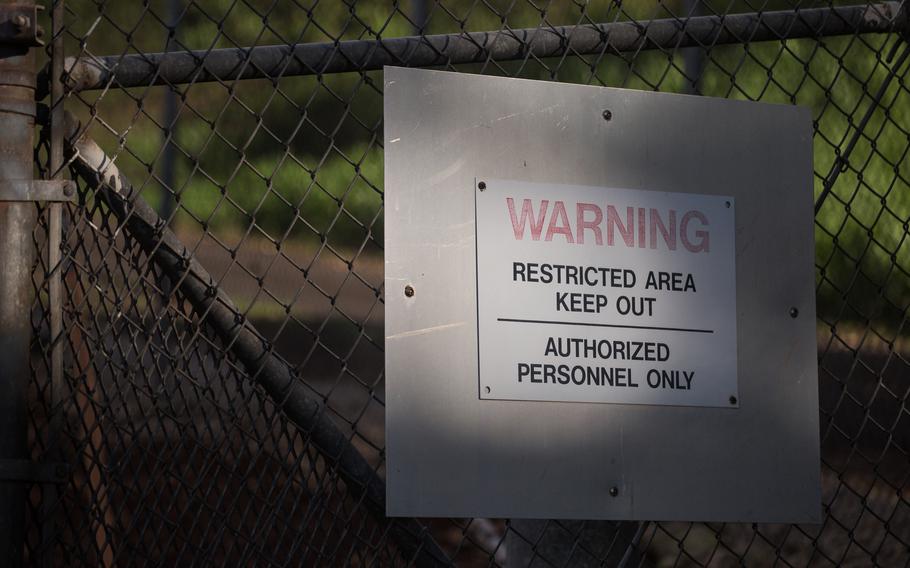 The Navy says it is examining who will be held accountable for a catastrophic jet fuel spill last year that poisoned the drinking water at a Hawaii military base, acknowledging this week that the public health disaster resulted from widespread failures and ultimately was preventable.

The incident sickened thousands of military family members and forced many more from their homes at Joint Base Pearl Harbor-Hickam. Officials said problems first emerged in May 2021 after workers at the Red Hill fuel storage facility spilled about 20,000 gallons of petroleum product, which then was pumped into a fire suppression line and became suspended in a pipe. In late November a small train car struck the pipe, sending the contaminant into a nearby well that supplies water to 40,000 service members and their families, the Navy said in a report detailing its investigation.

Navy officials suspended work at the facility a week later - as families reported illnesses from water that they said tasted and smelled like fuel - but did not disclose the decision to pause operations for several more days. At that time, senior military leaders, including the base commander then, Capt. Erik Spitzer, sought to assure the community their water was safe to drink.

“The lack of critical thinking, intellectual rigor, and self-assessment by key leaders at decisive moments exemplified a culture of complacency and demonstrated a lack of professionalism that is demanded by the high consequence nature of fuel operations,” the Navy’s 234-page report concluded.

The Navy is scrutinizing the actions of multiple senior leaders as it assesses potential disciplinary action.

Spitzer was responsible for the “safety, security, environmental stewardship, and protection of personnel and property on the installation,” the investigation said. He eventually issued an apology for saying the water posed no danger.

Spitzer was recognized in June with the prestigious Legion of Merit award after his departure from the post. Attempts to contact him were unsuccessful.

For those who consumed or bathed with contaminated water, the fallout was dire. Military families reported a range of maladies with known links to toxic exposure, including severe nausea and gastrointestinal complications, skin rashes and memory loss.

The response fell “unacceptably short of the Navy standards for leadership, ownership, and the safeguarding of our communities,” the vice chief of naval operations, Adm. William Lescher, wrote in his endorsement of the investigation, which was released publicly by the Hawaii Department of Health with extensive redactions late Thursday. The Navy later published the same documents.

Adm. Samuel Paparo, Pacific Fleet commander, told reporters a “number of people” are no longer in their jobs as a result of the incident, but he did not disclose how many people have been disciplined or fired.

The Pentagon said in March that it would permanently shut down the long-troubled facility, surrendering a months-long battle to defy the state health department’s order to do just that. More than 100 million gallons of fuel must be removed, with an estimated completion date of Dec. 31, 2024.

Built in the 1940s, Red Hill has been under scrutiny for years by environmental groups and declared a “ticking time bomb” by state officials. The massive tanks, located above an aquifer that feeds the base and civilian communities, are used to fuel military vehicles, ships and aircraft operating throughout the Pacific. Closing the complex poses a strategic quandary for the Pentagon, which has indicated it is exploring scenarios to ensure that the military’s capacity to project forces won’t be disrupted.

The Navy’s investigation faulted a decision in February 2021 to remove military personnel from oversight of day-to-day fueling operations at Red Hill. It said that responders were neither trained nor equipped to stop the leak had no sense of the system’s intricate pathways that allowed fuel to flow into the water shaft. About 5,000 gallons were never recovered, officials determined.

“No single person took charge at the scene,” the report concluded.

The Navy has insisted that the water at Pearl Harbor is free of fuel and safe to drink and that there is no evidence of chronic exposure in any residents’ health records.

Nearly a dozen military families told The Washington Post in December that they experienced symptoms of fuel exposure beginning in the summer of 2021, months before the Navy acknowledged contamination had occurred. Some families said they reported their illnesses. Others believed their symptoms were stress-related and didn’t seek care.

The Navy’s claims have been contested by the affected families. One military spouse told lawmakers last month that her esophagus is permanently damaged and that her home still has tainted water.

Jamie Williams, a Coast Guard spouse who lives near the site of the contamination, said in an interview that in May she sent a sample of her water to an independent lab, which returned a positive result for JP-5, the type of fuel that leaked into the well.

Williams said she toured Red Hill this week with other military families and Navy officials. The walk-through took them over a catwalk that allowed the group to see into the cavernous 20-story tanks, where workers had left chalk marks to highlight points of concern such as rust and dents. There appeared to be a mark every few inches, Williams said. A third-party assessment of the facility found dozens of problems.

The officials who guided the visit, she said, relied on talking points about the importance of the facility as the threat from China grows and seemed to dismiss the larger concerns of military families. “It’s like the gravity hasn’t sunk in,” Williams said. “They’re treating it like it’s a nonissue.”