(Tribune News Service) — As the jury in the "Fat Leonard" trial deliberates the fate of five former officers charged with bribery, defense lawyers made new allegations that federal prosecutors were improperly withholding evidence that could help their case.

In a motion filed June 17, lawyers for the five said that they uncovered information that a federal agent who was key in the sprawling investigation of military contractor Leonard Glenn Francis, known as "Fat Leonard" for his immense size, made inaccurate statements in a sworn arrest warrant affidavit in a strikingly similar case a year ago.

At a brief court hearing Tuesday, lead prosecutor Assistant U.S. Attorney Mark Pletcher did not address the accusations and told U.S. District Court Judge Janis Sammartino the government would write a response to the motion.

It is the latest allegation from defense lawyers about prosecutorial misconduct in the trial that began in February.

The statements by Defense Criminal Investigative Services Special Agent Cordell DeLaPena came in the unrelated prosecution of Frank Rafaraci, the chief executive of Multinational Logistics Service, or MLS, which like Francis' company, contracts with the U.S. Navy to service ships in foreign ports.

Rafaraci was initially charged in September 2021 with bribery of a Navy official and defrauding the government out of at least $50 million through inflated invoices between 2011 and 2018.

In an affidavit for his arrest, DeLaPena made a series of incorrect statements regarding the fraudulent billing, according to court records in Rafaraci's case.

The DOJ took the unusual step of then asking a federal judge to not only strike the complaint, but also remove entirely from the official docket the inaccurate affidavit. But the judge in the case declined to remove the affidavit and instead ordered the inaccurate paragraphs to be redacted.

Rafaraci, whose case was promoted by the DOJ as a major case of fraud that echoed the GDMA case, ended up being indicted on a single count of bribery. The fraud allegations were not part of the indictment. He pleaded guilty to the bribery charge in April and is awaiting sentencing.

The concession that DeLaPena had made inaccurate statements in the Rafaraci case was made in motions filed on March 23 in federal court in Washington, D.C., according to the court docket there.

DeLaPena testified in the Fat Leonard case in San Diego in April, but defense lawyers said in the motion filed Friday that prosecutors did not disclose the previous inaccurate statements to them.

Robert Boyce, the lawyer for Lausman, wrote in the latest motion that not disclosing the inaccurate statements before DeLaPena testified violated legal requirements that obligates prosecutors to hand over any information and evidence they have that can be favorable to the defense.

Lawyers for the other defendants joined in Boyce's motion, which argued that the information about DeLaPena's conduct in the Rafaraci case could have been used by defense lawyers to attack his credibility as a witness, and the entire investigation.

DeLaPena investigated the Fat Leonard case for a decade, and testified that he had reviewed millions of documents, Boyce wrote. "He testified he was intimately familiar with Mr. Francis's fraud scheme and had a deep understanding of the case against the defendants," he wrote.

DeLaPena had already come under scrutiny in the San Diego trial for his role in an effort to get foreign prostitutes, who the government says were provided to some of the officers at Francis' expense years ago, to come to San Diego to testify.

In an extraordinary mid-trial hearing called to determine if that information also had been improperly withheld from the defense, DeLaPena was mentioned in an email message between other agents as wanting to provide "reward money" to one of the women for testifying. The evidence included an email from DeLaPena in reply which said "$$ enroute."

Sammartino has not yet issued any written rulings on previous defense motions. The government has been accused of concealing evidence that Francis and another cooperating witness were found with child pornography on their computers but not prosecuted in exchange for pleading guilty and cooperating. Also at issue were statements from a prostitute that she did not have sex with Lausman, even though the government contended she did.

The jury has so far deliberated for six days.

The jury said on Thursday it had reached a verdict on some charges, but not others. They were supposed to reconvene Tuesday but did not deliberate because two jurors could not attend due to health issues. 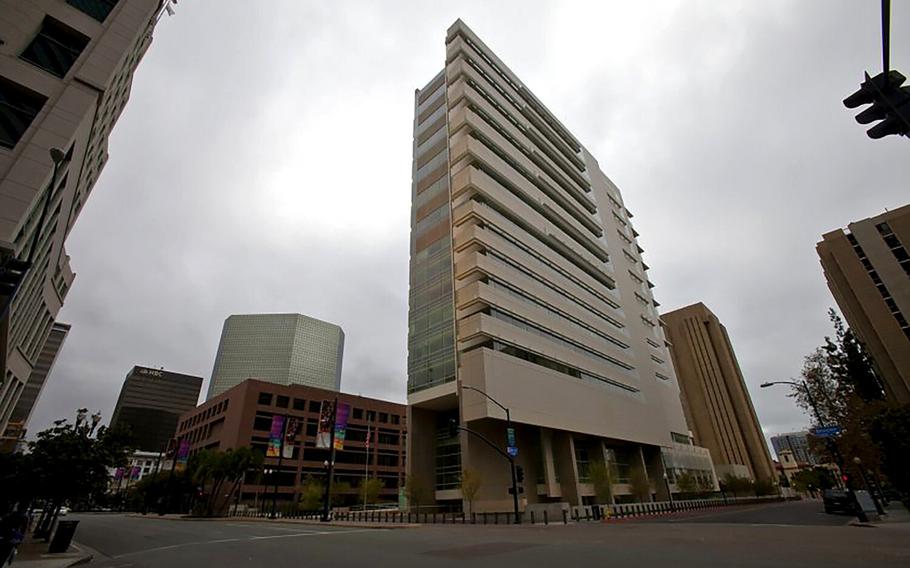