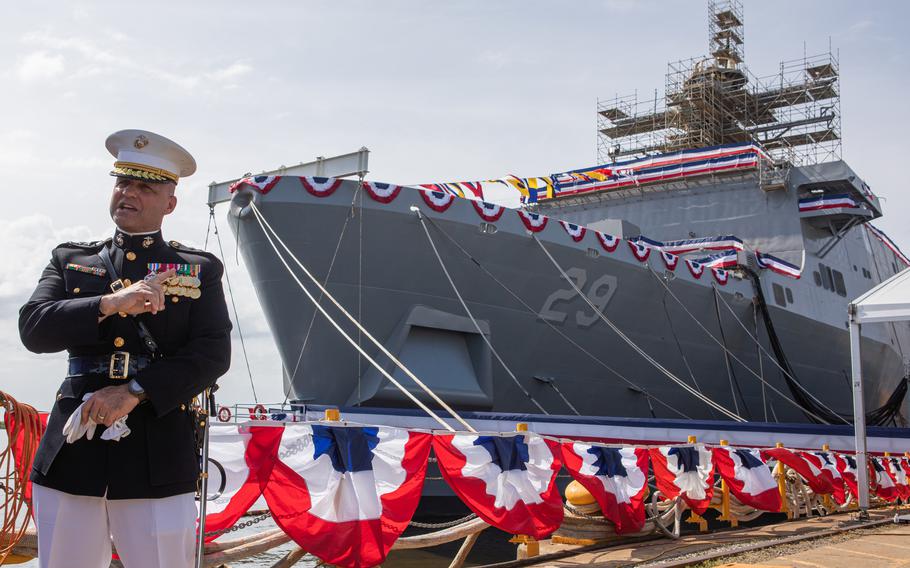 LPD 29 is named in honor of U.S. Navy Capt. Richard M. McCool Jr., a World War II Medal of Honor recipient for his actions during the Battle of Okinawa. On June 11, 1945, McCool aided in the rescue of survivors off a sinking destroyer. When his own ship was later hit by a Japanese kamikaze, McCool suffered severe burns and shrapnel wounds but continued to lead his crew in firefighting and rescue efforts until help arrived.

McCool also would serve in the Korean and Vietnam wars, ultimately reaching the rank of captain. He retired in 1974 after a 30-year career. McCool died on March 5, 2008, at 86.

Seventy-seven years to the day after his actions at Okinawa, the ship named in his honor was christened, with granddaughters Shana McCool and Kate Oja serving as ship’s co-sponsors. 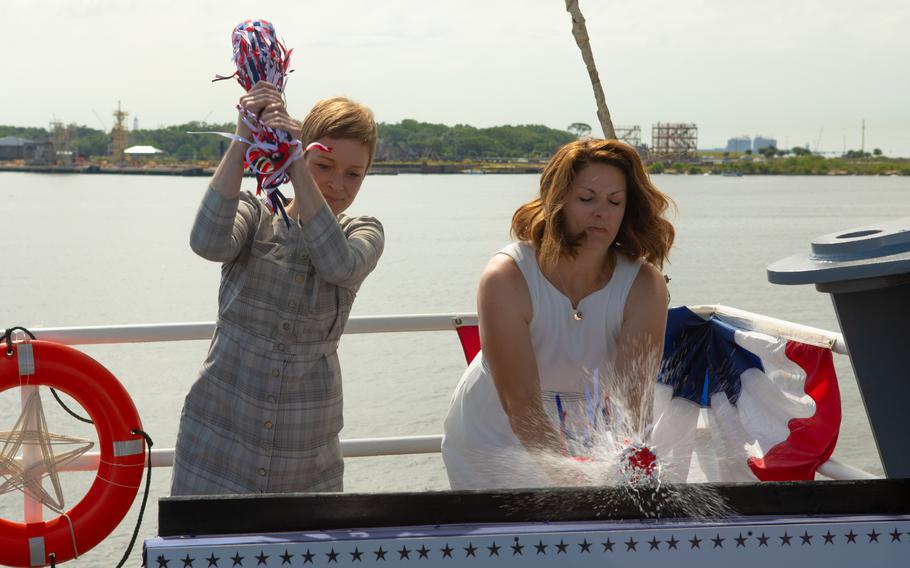 Kate Oja, left, and Shana McCool break champagne bottles as part of a christening ceremony for USS Richard M. McCool Jr. (LPD 29) in Pascagoula, Miss., June 11, 2022. Oja and McCool are the sponsors and granddaughters of Capt. Richard M. McCool Jr., a Navy officer who was awarded the Medal of Honor for his actions during the Battle of Okinawa in World War II. (Trystan Taft/U.S. Marine Corps)

“To the commanding officer and future crew of this ship, may she (the ship) keep you safe,” Shana McCool said. “And in the words of our grandfather, may you always remember to fight as a unit and not as individuals.”

“For nearly two decades, we have had the opportunity to build these amphibious ships, and we look forward to continuing this journey with such a valued partner,” Wilkinson said. “Today we reflect on Richard M. McCool Jr.’s bravery and heroism in front of a ship that will carry another generation of brave sailors and Marines into missions defending our freedom.”

Under Secretary of the Navy Erik Raven served as the ceremony’s keynote speaker.

“Richard M. McCool Jr. truly embodied the spirit of service above self,” Raven said. “The sailors and Marines who will sail on this future ship carry on that legacy following the example of spirit, patriotism and selflessness set by Richard M. McCool Jr.”

Raven also paid tribute to the shipbuilders and their Navy partners.

“We are able to deploy exquisite capabilities across the globe in great part due to our dedicated shipbuilders and our talented team,” he said. “These talented Americans are essential to making sure that our naval forces have the ships that they need.” 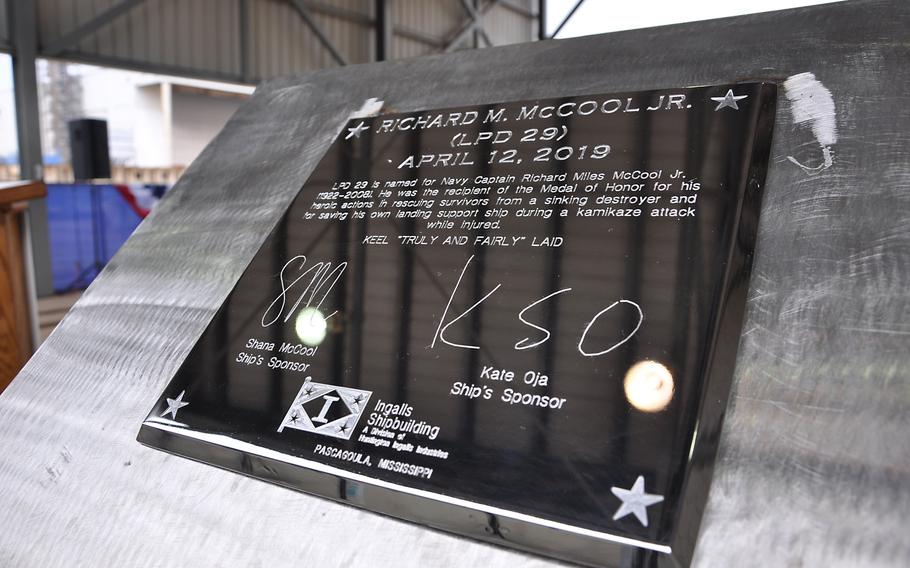