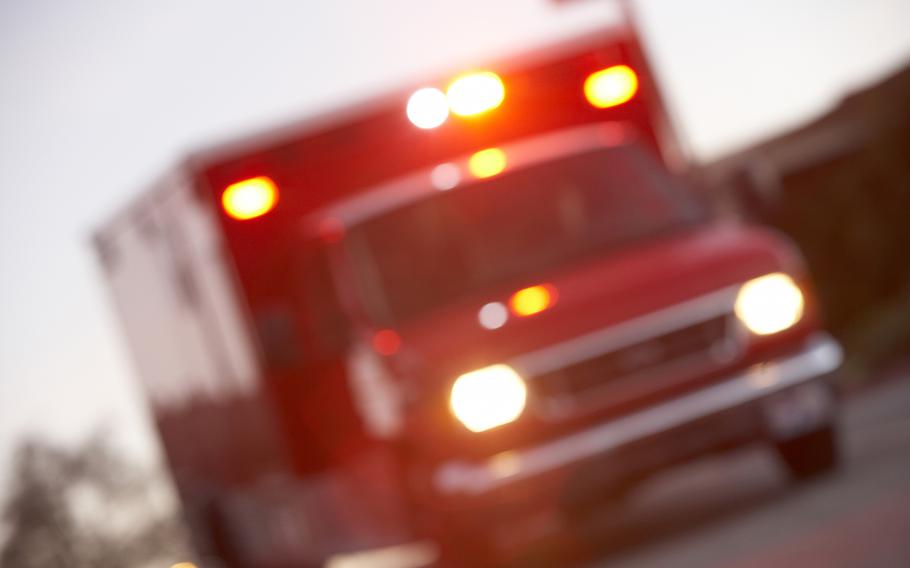 One Navy sailor was killed and four others were injured when their van crashed Friday, June 3, 2022, off Interstate 8 near Jacumba Hot Springs, California, authorities said. (Dreamstime/TNS)

SAN DIEGO (Tribune News Service) — One Navy sailor was killed and four others were injured when their van crashed Friday morning off Interstate 8 near Jacumba Hot Springs, authorities said.

All five sailors — a woman and four men — were assigned to West Coast-based Naval Special Warfare units, the Navy said in a statement. The crash occurred as they were returning to San Diego from training at Camp Billy Machen, a desert training facility operated by Naval Special Warfare near Niland, southeast of the Salton Sea in Imperial County.

Though it was not immediately clear if those involved were SEALs, the Navy describes SEAL teams as "the heart of the NSW force."

The crash happened shortly before 10 a.m. as their Chevrolet Express van was headed west toward San Diego when it veered north off the freeway near Carrizo Gorge Road, California Highway Patrol spokesperson Officer Travis Garrow said.

The van went down a dirt embankment and slammed into a large boulder, Garrow said. A man seated in the middle rear of the van died at the scene.

Navy officials said in a statement that the sailor's name would be released 24 hours after his family was notified.

Three of the van's occupants sustained critical injuries. They were taken to a nearby U.S. Border Patrol helipad, then flown to hospitals in San Diego, Cal Fire San Diego Capt. Neil Czapinski said. A fourth patient sustained moderate injuries and was driven by ambulance to a hospital.

Two of the sailors remained in critical condition and two were in stable condition Friday night, according to the Navy.

Garrow said he did not know the names, ages nor cities of residence of the victims. The CHP often provides ages and residence information in similar situations.

He said CHP investigators are trying to figure out where people were sitting when the van crashed, and whether they were wearing seat belts. In an email, Garrow wrote that "at this point in the investigation alcohol (and/or) drugs are not suspected to be a factor."