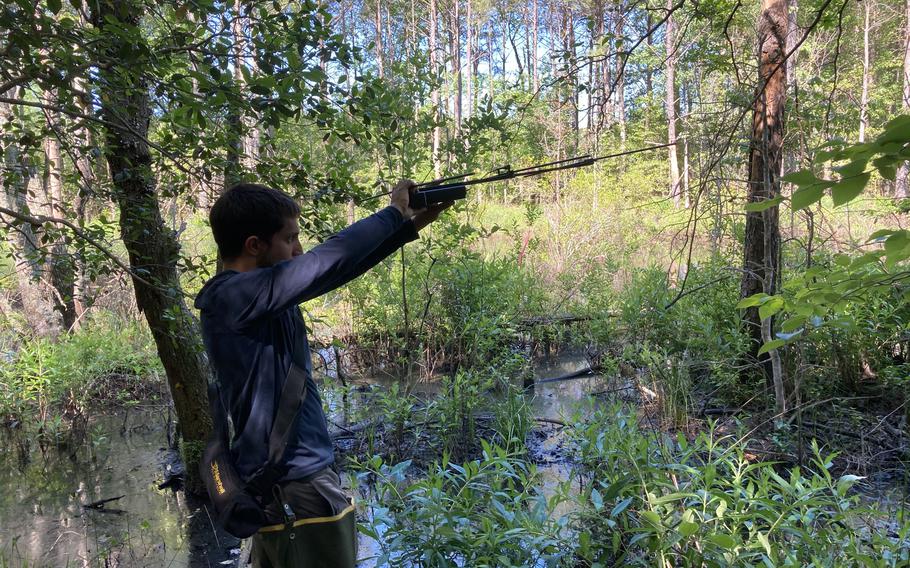 Each reef would be 60 feet by 18 feet, making one of the largest such living shoreline installations in the region, protecting the weapons station and the adjacent property, known as Cheatham Annex, from further erosion.

The weapons station earned the 2021 Secretary of the Navy Environmental Award for Natural Resources Conservation, with a plan that covers some 7,200 acres of forest, some 2,600 acres of wetlands and 37 miles of shoreline.

The oyster reef plan, if approved by the Virginia Marine Resources Commission, will be a joint effort with the Virginia Institute of Marine Science, whose students and staff regularly use the weapons station for research.

From them, Olexa realized that living shorelines might be the answer to a military headache. The Navy is concerned that shoreline erosion could affect the pier at the base where warships load ordnance.

“Naval Weapons Station Yorktown’s restoration projects, executed with our community partners, are key to preserving the York River’s shoreline, which protects US Navy assets and the local economies who depend upon the river,” said Capt Chris Horgan, the weapons station’s commanding officer.