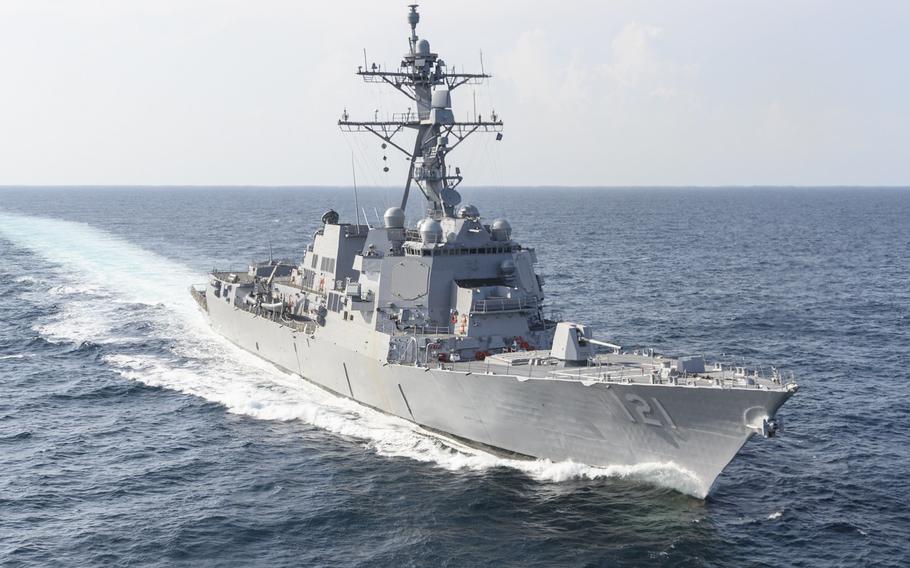 “Watching Frank E. Petersen Jr. sail away demonstrates what this shipyard is capable of, even in the face of a pandemic,” said Donny Dorsey, Ingalls vice president of operations and previously DDG 121 ship program manager. “The Ingalls Shipbuilding team, and all those that contribute to the mission, are the best.

“Despite challenges, the hard work of the entire shipbuilding team enable this very proud day — watching the Navy sail this ship and join the fleet to support the defense of our nation.”

DDG 121 is named in honor of the U.S. Marine Corps’ first African American aviator and general officer. After entering the Naval Aviation Cadet Program in 1950, Petersen went on to fly more than 350 combat missions during the Korean and Vietnam wars.

“I’m very grateful for the resilient and dedicated shipbuilders on our team, each is world class,” said Ingalls president Kari Wilkinson.

Once DDG 121 is commissioned in Charleston, it will sail to its homeport at at Joint Base Pearl Harbor-Hickam in Hawaii.