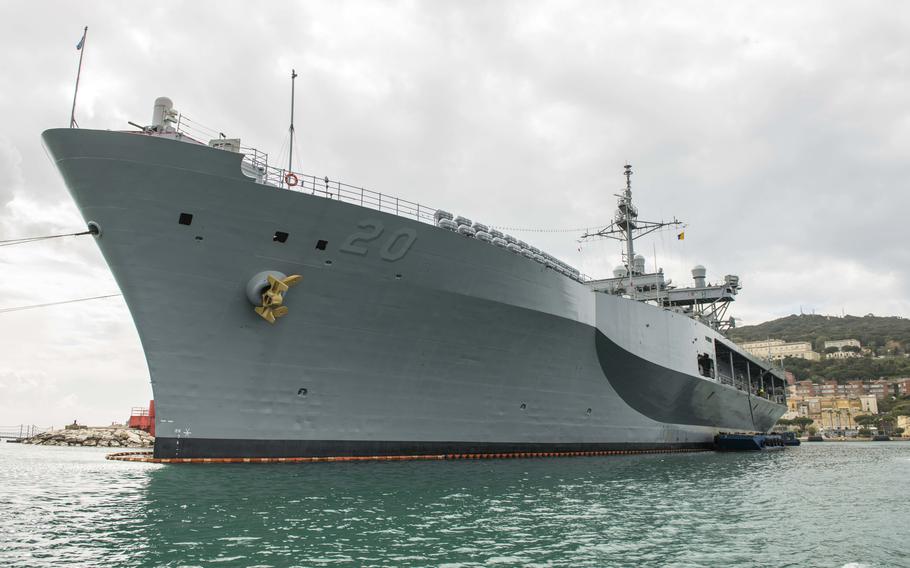 The USS Mount Whitney is moored off the coast of Italy in 2021. The 6th Fleet flagship is deployed to 5th Fleet and will take part in the first mission of Combined Task Force 153 in the Red Sea on April 17, 2022. (Scott Barnes/U.S. Navy)

MANAMA, Bahrain — A naval task force commissioning on Sunday will patrol some of the world’s most active shipping lanes in and around the Red Sea, where militant attacks and weapons seizures have increased in recent years.

Iran and Israel also have accused each other of attacking each other’s ships in the region’s waterways over the last year.

The task force will begin its first mission Sunday in the Red Sea aboard the USS Mount Whitney, the flagship of the Italy-headquartered U.S. 6th Fleet, which is currently operating with the 5th Fleet.

About 10% of the world’s shipping passes through the Suez Canal connecting the Mediterranean and Red seas, a New York Times report said last year.

About 15 people will staff the task force, which will coordinate among two to eight coalition ships on any given day, Cooper said. 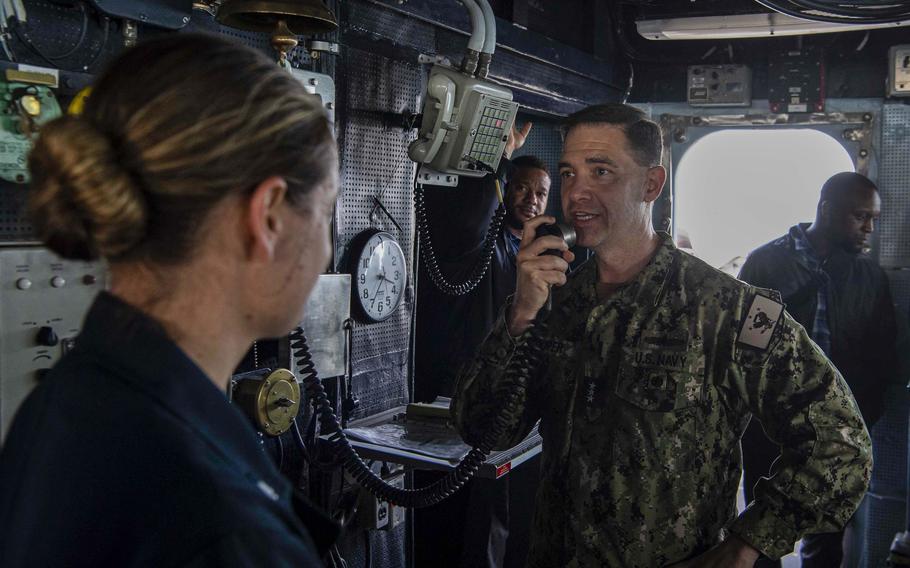 Vice Adm. Brad Cooper, commander of U.S. Naval Forces Central Command, U.S. 5th Fleet and Combined Maritime Forces, speaks to the crew aboard the destroyer USS Gridley on March 25, 2022, in the Strait of Hormuz. The Combined Maritime Forces will add another task force to patrol the Red Sea and its surrounding waterways, Cooper said April 13. (Colby A. Mothershead/U.S. Navy)

The ranks of CTF 153 are expected to be filled mostly by U.S. personnel at first, with staff from other partnered countries to join in the coming days, 5th Fleet spokesman Cmdr. Tim Hawkins said.

An unnamed regional partner is expected to assume the leadership role later this year, Hawkins added.

The new task force joins three existing ones in the Combined Maritime Forces. It will take over responsibilities previously held by Task Force 150, which will refocus on the Gulf of Oman and the North Arabian Sea, Cooper said.

The other two task forces focus on countering piracy and patrolling the seas around the Persian Gulf.

Some 9,000 weapons were seized by the U.S. 5th Fleet around the Middle East last year, mostly in the Gulf of Oman and the Persian Gulf. The number is three times more than the previous year, Cooper said.