Naval Air Station Oceana air show expected to return this fall, and so are the Blue Angels 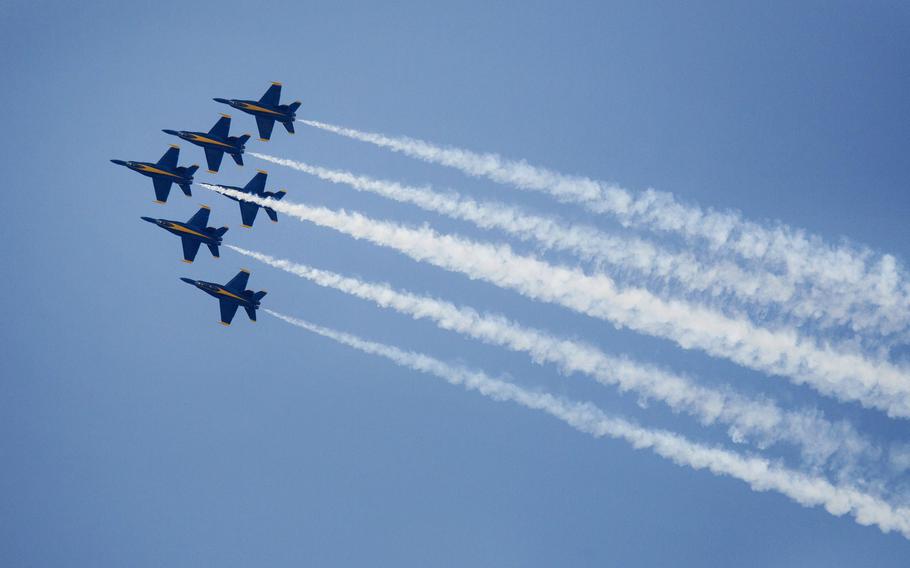 The Blue Angels take to the skies over Oceana Naval Air Station, during a practice run for the 2014 NAS Oceana Air Show. (L. Todd Spencer, The Virginian-Pilot/TNS)

(Tribune News Service) — Naval Air Station Oceana will open its gates to the public for its annual air show in September for the first time since the pandemic started — and this year will bring the Navy’s Blue Angels aerobatic team back to Hampton Roads.

And the Blue Angels will be flying new planes — the same F/A-18E and F SuperHornets that are on the Oceana flight line and that are currently flying from Norfolk-based USS Harry S. Truman over NATO’s eastern flank. The Blue Angels haven’t performed at Oceana since 2018.

“The NAS Oceana air show is a way for us to give back in heartfelt gesture of thanks for the support we receive from our neighbors here,” Oceana’s commanding officer, Capt. Bob Holmes, said.

This year’s theme, Holmes said is: “Back to the Beach.”

Before the show itself, Oceana will again host its massive STEM field day for Virginia Beach students — it gives those students a chance to see aircraft practicing for the show and includes hands-on sessions on robotics, environmental studies and space exploration, Holmes said.

“Speaking as a former Marine who used to work on Phantoms, planes that are now hanging from wires in museums, this is such a blast for kids to come and see the jet aircraft,” Virginia Beach mayor Robert M. Dyer said.

“It sends a signal to our community that we are back and up and running,” Dyer added. “The Navy is part of the DNA of Virginia Beach.”