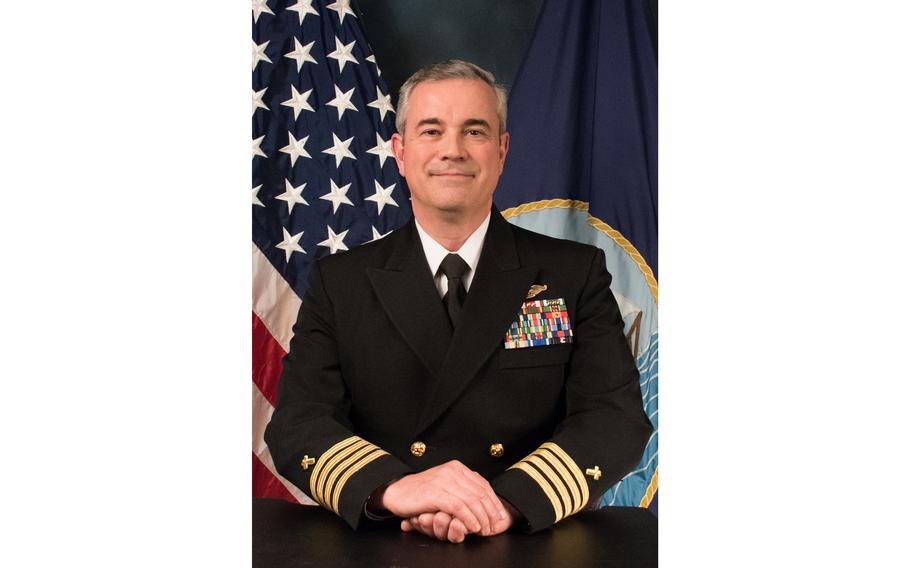 ANNAPOLIS, Md. (Tribune News Service) — He has ministered to sailors and Marines from the Pentagon to the Persian Gulf. He gave the blessing at last year’s Army-Navy football game. And he has probably preached in more countries than did the Rev. Billy Graham.

As command chaplain at the U.S. Naval Academy, a post he assumed in 2020, Capt. Richard Bonnette, a 29-year veteran, has given more than 100 sermons and performed 80 weddings at the campus chapel.

Holy Batman! The chaplain’s a fan.

“The TV premiere, in 1966, was the first show I ever saw in color. It was an incredible experience for a 6-year-old. I now have a Batphone on the desk in my office, along with [a replica of] the William Shakespeare bust that Batman pulled back to push the button to open the wall to the Bat Cave. I figure I’m old enough to be as childish as I want.

“I met [actors] Adam West and Burt Ward and I’ve sat in the Batmobile. I have a cowl and a cape but not the tights; there’s a limit to what I’m willing to do. I have a Batman mask, with a bat symbol on it, but it’s not an N95 and, here, we have to follow government guidelines.”

“I had her for fifth grade at school in Moundsville [ W. Va.]. She had us take part in debates, which started me on my way to public speaking. One day she came to class and announced that she was going to have a baby and wouldn’t be teaching the next year. The baby was [country music singer] Brad. That’s my brush with West Virginia royalty.”

Working at Disney World was a blessing.

“In college, I spent a summer at Epcot, running the ride at Spaceship Earth. You meet all types and temperaments of people at Disney, and it taught me a lot about customer service and conflict resolution. [For instance] it helps a bit here, during weddings, when you’re dealing with mothers of the bride.”