100 years of aircraft carriers: US Senate resolution honors the ‘cornerstone’ of the Navy 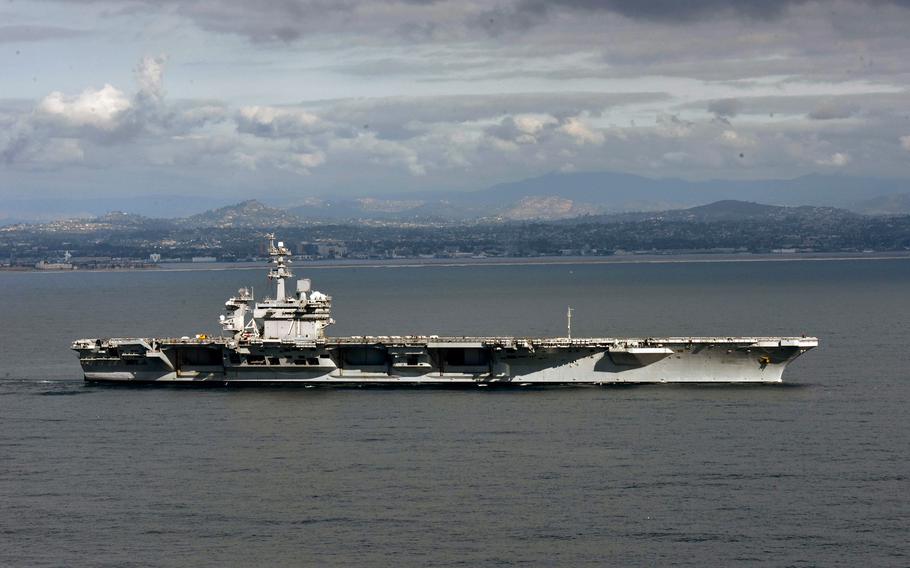 In this handout released by the U.S. Navy, The aircraft carrier USS Theodore Roosevelt (CVN 71) leaves its San Diego homeport in 2020. (U.S. Navy)

(Tribune News Service) — Aircraft carriers got a shout-out in the Senate on Thursday, as Virginia’s Senators Tim Kaine and Mark Warner introduced a resolution to mark the centennial of those Navy mainstays.

It “acknowledges that, in a time of great power competition that the world has not seen for over 30 years, aircraft carriers will continue to be an absolutely vital strategic platform ... to ensure security and stability throughout the world, now and well into the future.”

Carriers, the resolution said, are the “cornerstone” of the Navy.

In recent years there’s been occasional rumbling around Washington about whether the Navy needs so many of the nuclear carriers built at Newport News Shipbuilding — even, at one point, a short-lived suggestion from the Obama Administration not to undertake the multi-billion-dollar refueling and overhaul of USS George Washington that the yard has nearly completed. That would have in effect cut the size of the carrier fleet from 11 to 10.

In 2021, a Future Naval Force Study from the Pentagon said it might be worth thinking about reducing the fleet to as few as eight, while substituting as many as six light carriers.

The Virginia senators’ resolution noted that Norfolk Naval Shipyard workers built the Navy’s first carrier, USS Langley, by converting a Navy coal ship. The Langley was commissioned a century ago.

Now, the senators noted, there are more than 13,100 people and 2,450 companies in 48 states and more than 364 congressional districts contributing to building and maintaining carriers.