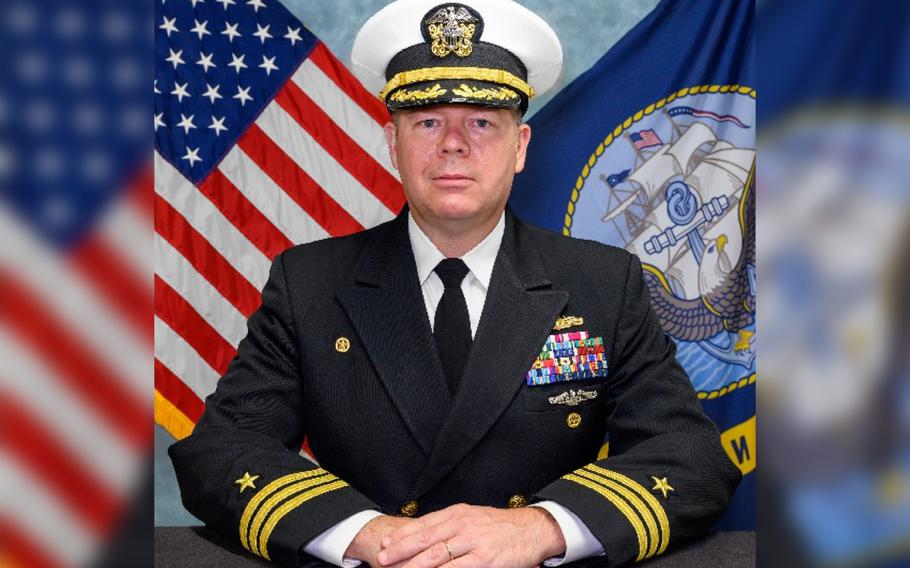 Cmdr. Bradford Tonder, the former Gold crew commanding officer of the littoral combat ship Sioux City, shown in an official photo from 2021, was relieved from duty Feb. 11, the Navy said in a statement. (Jacob Milham/U.S. Navy)

The commanding officer of the littoral combat ship USS Sioux City’s Gold crew has been relieved of duty, a Navy statement said.

The Navy took the action against Cmdr. Bradford Tonder because of a “loss of confidence in his ability to perform his duties,” a statement issued Friday said.

Cmdr. Joseph Caldwell, the commanding officer of the Blue crew of the littoral combat ship USS Detroit, will be assigned to replace Tonder for the time being.

The littoral combat ships are manned by two different crews, named Blue and Gold, to keep them operating at sea for longer periods.

Tonder will be temporarily reassigned to the staff of Naval Surface Squadron 14, according to the Navy statement. Moves to staff assignments are typical for relieved commanders, often while the Navy begins proceedings that determine whether the officer will be allowed to remain in the service.

Tonder had been the executive officer of the Sioux City since June 2019 and the commanding officer since December 2020.

The Gold crew returned to the Sioux City’s homeport in Mayport, Fla., in December 2021 after a deployment to the U.S. 4th Fleet in support of U.S. Southern Command and Joint Interagency Task Force South. During the deployment, the ship worked with the U.S. Coast Guard to disrupt transport of about 7,400 pounds of cocaine, an earlier Navy statement said. 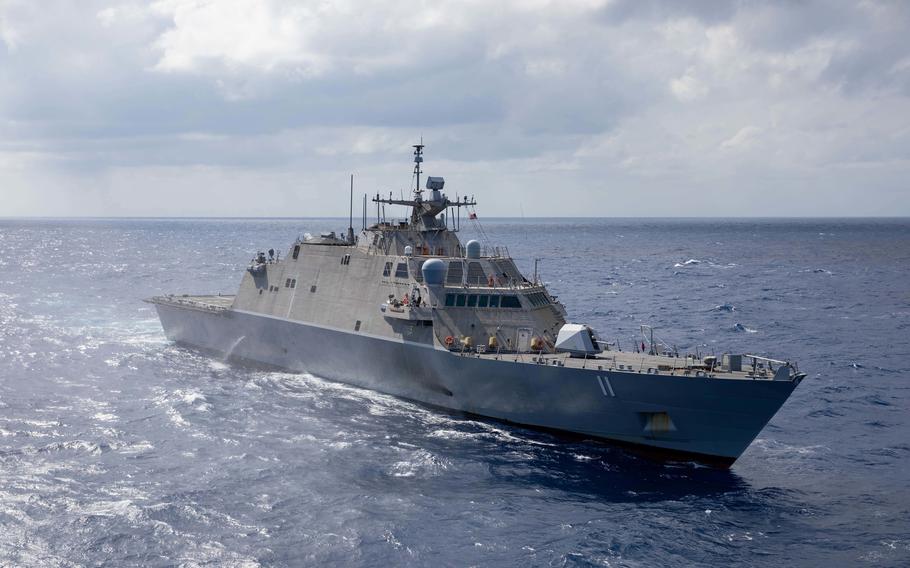 The Freedom-variant littoral combat ship USS Sioux City transits the Caribbean Sea, April 10, 2021. The Navy said it relieved Cmdr. Bradford Tonder, the ship's Gold crew commanding officer, on Feb. 11 due to a loss of confidence in his ability to perform his duties. (Marianne Guemo/U.S. Navy)