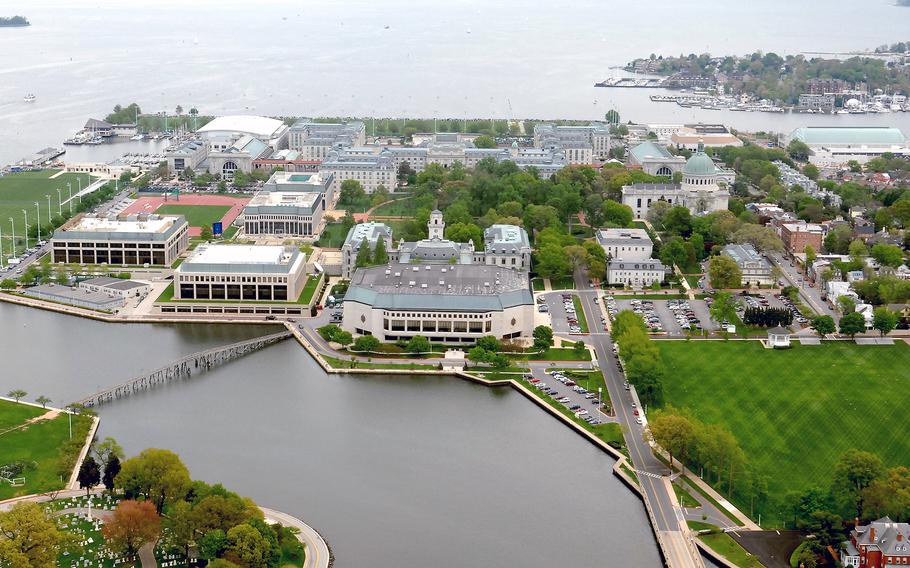 "These nominations are critical for our board to be able to meet and carry out our oversight responsibilities — I am glad to once again have full membership on our board," said Board of Visitors Chairman C.A. Dutch Ruppersberger, a Democratic congressman whose district spans several counties, including Anne Arundel County. He has been a board member for 13 years and has served as chair since 2020.

The Board of Visitors "inquires into the state of morale and discipline, the curriculum, instruction, physical equipment, fiscal affairs, academic methods and other matters relating to the academy," according to the Naval Academy's website. Other board members from Maryland include Sen. Ben Cardin and Rep. Anthony Brown, both Democrats.

For about a year, the Board of Visitors was barred from meeting while the Department of Defense completed a monthslong review of all its advisory boards. In September 2021, the department cleared the board to begin operations again after evaluating defense department members and dozens of military advisory boards to ensure they "aligned with the priorities outlined in the National Defense Strategy."

The conclusion of the review came after Joe Biden asked for the resignation of 18 service academy board members appointed by former President Donald Trump. For those who did not resign, their positions were terminated. Sean Spicer, Trump's former press secretary, was among the group who were asked to resign.

Gen. John R. Allen is a retired four-star Marine Corps General who served as the 79th Commandant of Midshipmen from 2002 to 2003. He was the first Marine to hold that position.

Allen graduated from the academy in 1976 and returned to teach as a political science instructor. He became the commander of U.S. and NATO forces in Afghanistan in 2012. He currently is president of the Brookings Institution, a Washington, D.C., think tank.

Robert E. Clark II, a 1984 Naval Academy graduate, served 32 years of military service, which included being the 84th Commandant of Midshipmen from 2010 to 2013. He retired from the Navy in 2015 to become the president of Wesley College before retiring as President Emeritus.

Lt. Cmdr. John S. McCain IV is a reserve Naval Aviator for Helicopter Sea Combat Squadron 85. He is the son of the late Sen. John McCain and a 2009 graduate of the Naval Academy — the fourth McCain to do so.

McCain was deployed five times in the Pacific, Persian Gulf and Afghanistan. He was a leadership instructor at the Naval Academy and a search and rescue pilot in Guam. He is currently working as American Airlines' Director for State and Local Government Affairs for the Western United States.

Lt. Col. Amy McGrath is a retired U.S. Marine Corps fighter pilot who served three combat deployments in Iraq and Afghanistan. She graduated from the Naval Academy in 1997 and later returned to teach political science at the academy between 2014 and 2017. She was the first female Marine to fly in a F/A-18D Hornet fighter jet during combat.

In 2018 and 2020, McGrath unsuccessfully ran for seats in the U.S. House of Representatives and Senate in Kentucky. She has since founded Honor Bound, Inc., an organization committed to leadership development for women with a service background and encouraging those women to run for elected office.

Paul J. Angelo is a fellow for Latin America Studies at the Council on Foreign Relations, where he researches migration, insecurity and strategic competition in the Western Hemisphere. He has served several tours with the Navy, including one as an instructor at the Naval Academy, where he holds a bachelor's degree in political science with honors.